EYES ON NEXT YEAR. President Rodrigo Duterte is making his 2022 moves now.

Facebook Twitter Copy URL
Copied
'Consider me a candidate for the vice presidency at this time,' says President Rodrigo Duterte 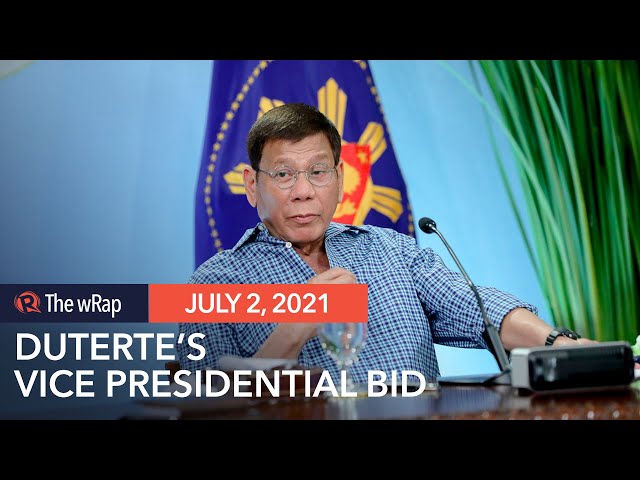 Philippine President Rodrigo Duterte admitted that he was using his floated vice presidential bid as political leverage in his last year in power.

(That’s just for politics, leverage. You would know what is a lameduck, so you shouldn’t let them treat you like shit. It’s political posturing.)

He was asked if he has already made a final decision about whether or not to run for vice president in the 2022 elections.

“That’s political posturing so they will not treat you badly because I’m on my way out,” he added.

‘Consider me a VP candidate’

A few sentences later, Duterte then said Filipinos can regard him as a 2022 vice presidential bet, sounding like he has already firmed up his decision.

“Maybe, to maintain the equilibrum sa lahat (for all), consider me a candidate for the vice presidency at this time,” said Duterte.

But he quickly muddled things up again when in the same breathe, he said he had promised to support the 2022 vice presidential bid of House Majority Leader Martin Romualdez. 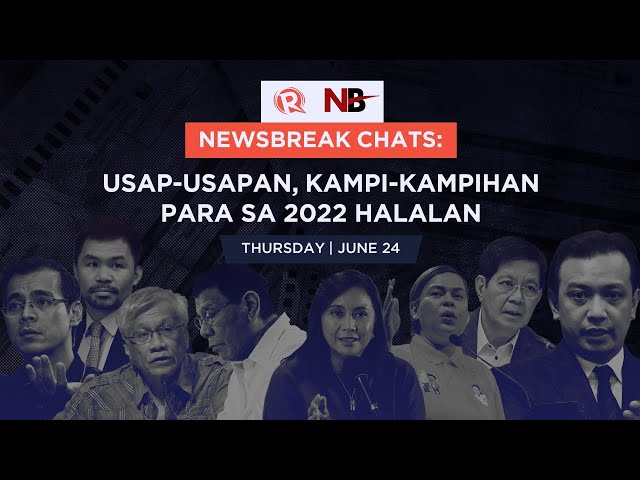 Duterte also appeared to have thought a little bit more about scenarios if he were to run and win as vice president.

If for example, a non-ally politician would win as president, Duterte has a vague plan.

“All I have to do is join the military and police in their fight against crime, drugs, criminality and all and also maybe go around the ASEAN countries for a more cohesive relations with them,” said Duterte, referring to the Association of Southeast Asian Nations.

Who is Duterte’s presidential bet?

The President, however, said he supposedly has not picked anyone to endorse as his successor.

Asked if his partymate and erstwhile ally Senator Manny Pacquiao has any chance of getting his endorsement, Duterte claimed he was considering the boxer-turned-lawmaker.

“Si Inday wala pa. We were holding out, nirerendahan namin yung kabayo namin. Nandiyan si Pimentel, siya, and others but suddenly he could not maybe wait for the announcement that PDP will go for him, ayun nagwala, nagsabi corruption, dito corruption doon,” said Duterte.

(Inday, no one yet. We were holding out, we were getting ready to rein in our horses. Pimentel is there, him, and others, but suddenly he could not wait for the announcement that PDP will go for him. So he went crazy, made accusations of corruption.)

In the same speech, Duterte had again dissed Pacquiao. Their public rift began when Pacquiao, in early May, had criticized Duterte’s response to Chinese incursions in the West Philippine Sea.

In late May, their national political party PDP-Laban formally called for Duterte to seek the vice presidency during a gathering Pacquiao tried to stop. – Rappler.com 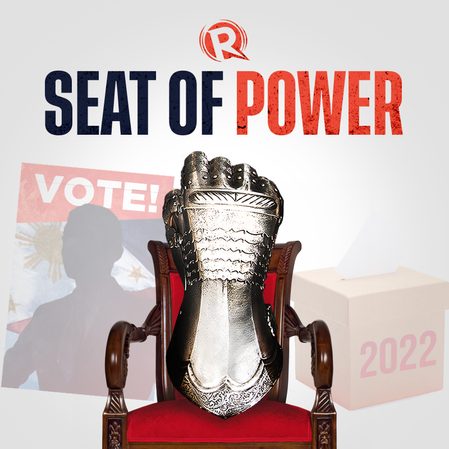