Duterte warns he would use military to ensure free elections Facebook Twitter Copy URL
Copied
(1st UPDATE) The President plead for peace in the conduct of the 2022 polls, referring to areas in Mindanao that are known to have problems during elections

President Rodrigo Duterte warned that he would use the military to ensure free and orderly elections during his visit to Sultan Kudarat on Friday, September 24.

“Either we have an election that is free or I will use the military to see that the election is free. The military is the guardian of our country and I could call them anytime to see to it that people are protected and elections are freely and orderly exercised,” he said.

“It is not wrong to say that the Muslims of the island of Mindanao have already gone to the flowering of civilization,” he said.

He pleaded for peace in the conduct of the 2022 polls, referring to areas in Mindanao that are known to have problems during elections. 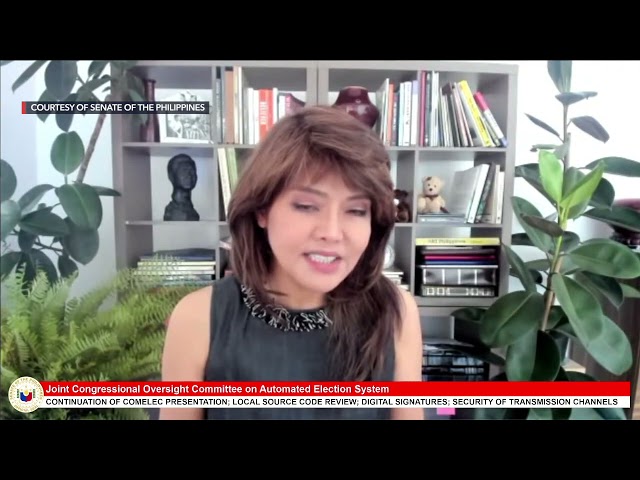 Duterte said he wanted to call “all of you in my office, wala tayong ibang common ground. All leaders, political leaders and those participating in the elections, I plead for peace. Gusto ko sana makita ang Maguindanao, Sultan Kudarat and every province, Cotabato City, na walang gulo (I want to see Maguindanao, Sultant Kudarat and every province, including Cotabato City, peaceful).”

He added, “I am hesitant to say that in the forthcoming elections I am still the President, just like in the last elections that we have had. During my term, there will be peaceful elections. So ‘di pwede yang terrorism, lahat na (We won’t allow terrorism and the like).

“You know, I do not want yung pwersahan. Ayaw ko ‘yan. Di tayo sanay na every generation, ipasa nating yung violence (You know, I don’t want the use of force. I don’t like that. We’re not used to passing violence from generation to the other). ”

Duterte compared the old Davao and Cotabato. He said Davao has progressed into an urban city, and Cotabato has come to the age of development.

He said, “Nobody wants trouble, nobody wants cheating. Hindi kayo but pass this message to everybody outside here na nakikiusap na ako, I am pleading, almost praying that people will really stick to the rule of law and avoid violence. Kasi kapag hindi, unahan ko na kayo. I will be forced to use the might of the military not for any purpose but to see to it that the elections are peaceful and violence-free, not only here but all over the Philippines.”

Duterte said this in Isulan town where he inaugurated the Sultan Kudarat Provincial Hospital and led the unveiling of the hospital marker.

He expressed awe, seeing what he described as “hindi naman stupendous, but really a remarkable edifice which is something you can hardly believe to see in a laid-back province or community.”

Final software for 2022 polls turned over to Comelec

What he was referring to was the modern 390-bed Sultan Kudarat Provincial Hospital, a four-level state-of-the-art health facility that boasts of a Moorish design with elaborate ornamentation and colorful patterns.

Impressed by what he saw, Duterte vowed to provide an MRI to complete the hospital equipment, and for people in the province to avoid traveling to Manila.

The insides of the hospital bear resemblance to modern five-star hotels, complete with wide lobby and corridors, lifts, and escalators.

The hospital had a soft opening on October 12, 2020, in simple rites led by Sultan Kudarat Governor Suharto Mangudadatu and his father Sultan Pax Mangudadatu, who had served as governor of the province.

The elder Mangudadatu was instrumental in putting up the hospital.

Governor Mangudadatu said the hospital will serve not only residents of the province but also those of other provinces in Region 12 and the Bangsamoro Autonomous Region in Muslim Mindanao.

The hospital, which is located in Isulan town, sits on a three-hectare compound at the provincial capitol grounds. The compound will also have component buildings of the hospital like doctors’ quarters, watchers’ building, powerhouse, wastewater facility, mortuary, dialysis, dietary, and oxygen generator, which are under construction.

Meanwhile, Commission on Elections (Comelec) Spokesperson James Jimenez said on Saturday, September 25, that “the President’s call for peaceful elections is a powerful reminder to all would-be candidates and their campaigns, to reject violence.”

“The COMELEC shares the President’s sentiment and would like to reassure the public that it works very closely with both the Armed Forces of the Philippines and the Philippine National Police to ensure that the elections are free of violence,” he said.

“It should also be noted that, in those instances where violent incidents threaten the integrity of the elections, the poll body has the authority to take such steps as may be necessary to address the situation, including but not limited to the imposition of COMELEC control on specific parts of the country,” Jimenez added. – Rappler.com