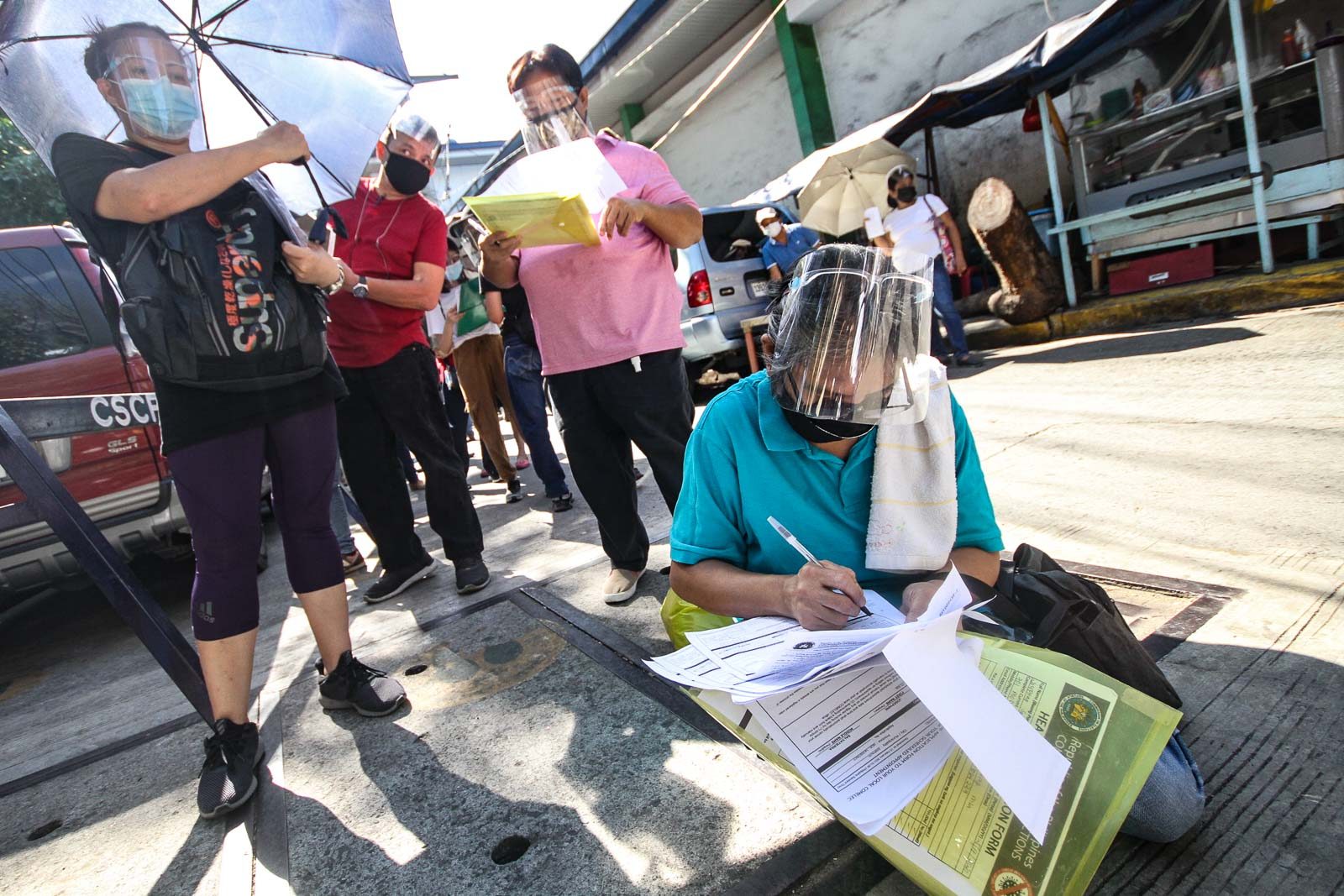 DEADLINE NEARS. Applicants fill out forms at the Comelec office in Manila as voter registration resumes on May 17, 2021. Deadline is on September 30, 2021.

The Department of Health (DOH) and the Interagency Task Force (IATF) on Emerging Infectious Diseases should step up to the plate to address COVID-19 risks for the 2022 national polls since the Commission on Elections (Comelec) does not have the luxury of time to cover all bases, election lawyers said.

In an online briefing, veteran election lawyer Romulo Macalintal argued that the DOH and the IATF should not wait for the Comelec to ask them what they can contribute to ensure the safe and smooth conduct of the May 9, 2022 vote.

“Think tanks of the DOH and IATF should be the ones thinking about what Comelec should do, because I don’t think Comelec will have the luxury of time,” Macalintal said in a mix of English and Filipino on May 26 during the Kapihan sa Manila Bay conference.

“They don’t have to wait for the Comelec to ask them, they should initiate,” he added.

Former Comelec commissioner Gregorio Larrazabal, who is now private counsel for the Nationalist People’s Coalition, proposed that the Comelec deputize the IATF and the DOH “to do what they’re at good at under the control and supervision of the Comelec.”

“[Under this suggestion] the IATF and the DOH [will] report to the Comelec what they are doing, so the Comelec is on top of the situation,” Larrazabal said.

Comelec Commissioner Antonio Kho Jr., who was part of the same virtual conference, said Larrazabal and Macalintal’s suggestions were good.

“With respect to designating government agencies, yes, we will do that,” he said. “[During the Palawan plebiscite] we got several suggestions and recommendations from the IATF,” he said.

Macalintal, however, noted that should their proposal be adopted, government officials involved in the conduct of the polls should not be engaged in partisanship.

“Any partisanship on the part of any government official, they would be liable criminally because under the law, they should not be partisan,” said Macalintal, who represented Vice President Leni Robredo in the 2016 poll protest filed against her by defeated rival Ferdinand “Bongbong” Marcos Jr.

Under Comelec Resolution No. 10481, the poll body “shall take immediate and direct control and supervision over all national and local officials and employees required by law to perform duties and/or to comply with certain prohibitions relative to the conduct of the elections in the political division, subdivision, unit or area concerned.”

Macalintal and Larrazabal’s comments came as the coronavirus pandemic continues to complicate preparations for the 2022 elections, the first to be conducted in the Philippines against the backdrop of a global health crisis.

Some 59 million voters are already registered for the 2022 polls, Kho said on May 28. – Rappler.com