Face disinformation, reach out to its victims, says millennial priest MANILA, Philippines – Amid the rising disinformation and misinformation in digital spaces, a young parish priest urged believers to face “fake news” and reach out to its victims.

In an interview on Rappler’s On The Campaign Trail with veteran journalist John Nery, millennial priest Rev. Fr. Ronald Balase said that in the remaining days before the May 9 polls, Catholics should continue to evangelize, which includes facing disinformation.

(I think it’s an opportunity for us to use the Gospel to change the wrong perceptions in our society and face fake news, right? Contrary to the gospel now is the fake news, the lies.) 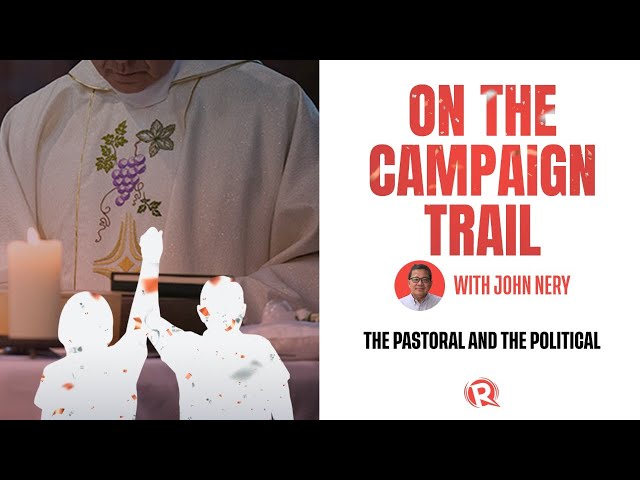 Balase was joined by fellow young and Twitter-savvy priests Rev. Fr. Myke Dacalos and Rev. Fr.  John Era, and nun Sr. Ma. Lisa Ruedas, who also shared their views on the involvement of religious leaders in the political discourse. Balase added that aside from spreading the Gospel, voters should also reach out to the victims of disinformation because they are often in society’s periphery.

“Evangelization could also mean that we will also reach out to those people na hindi talaga naiintindihan at karamihan din dito ay biktima ng maling impormasyon (who really don’t understand, and most of them are victims of false information),” the young priest said. (And most of the victims of false information, unfortunately, are our brothers and sisters who are in society’s periphery due to lack of access to education before.)

Since 2021, Filipinos have been ramping up efforts to protect the electoral process from online disinformation. In January, over 100 groups launched together a project that seeks to combat disinformation ahead of the 2022 presidential elections.