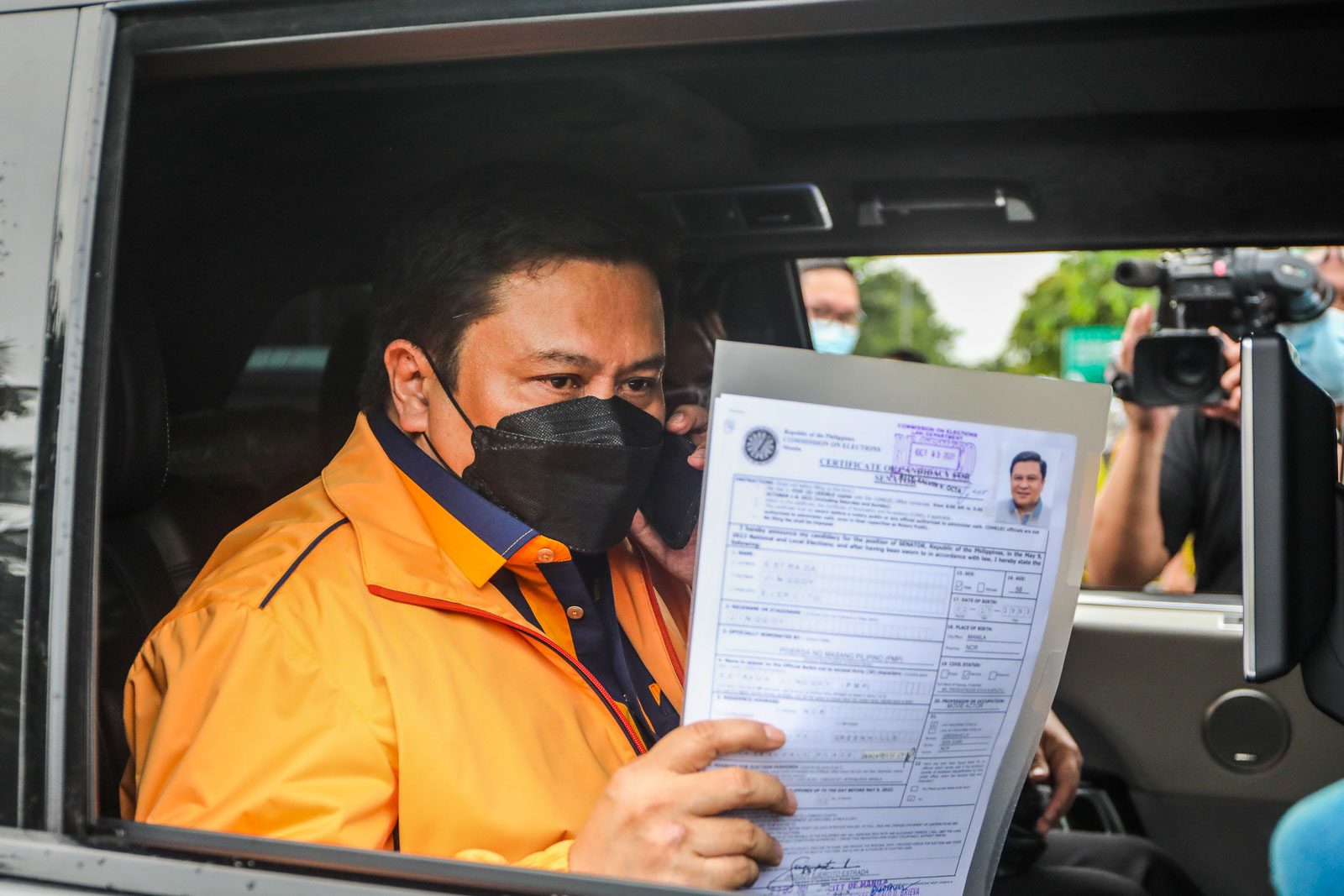 Former senator Jinggoy Estrada shows to the media the certificate of candidacy he filed at the Sofitel Hotel in Pasay City on October 3, 2021. Jire Carreon/Rappler

MANILA, Philippines – The possibility of having 8 of the 24 members of the Senate being a part of powerful political clans may tarnish the reputation of the upper chamber comprising the “best and brightest” of the Filipino people, political scientist Julio Teehankee said on Saturday, May 7.

In Rappler’s special coverage for the closing of the campaign period of the 2022 elections, Teehankee said in a panel discussion that the shrinking of the opposition and the packing of the Senate with political families is “disturbing.”

“This is disturbing because the Senate has always been considered the upper chamber, and for some, even the better chamber. Kasi nga, in the old Senate, the old congress, only the best and the brightest gets elected,” he said. 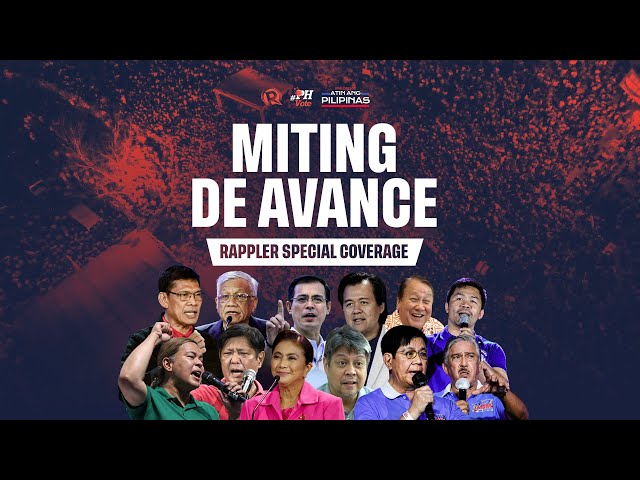 The 2022 polls see the possibility of eight pairs of political families in the Senate together:

Jojo Binay, Alan Cayetano, Estrada, Ejercito, and Mark Villar are all in the Magic 12 of Pulse Asia’s April survey for senatorial preferences.

If all end up in the Senate together with their family members, this would mean a third of the Senate would be comprised of members of political families.

Teehankee mentioned that the origin of the word “senate” comes from the Latin senex, which means “old” or “wise.”

“So ang tanong natin with the incoming composition of the Senate and the retirement of the old guards of the upper house, masasabi pa ba natin na the best and the brightest ito?” said Teehankee.

(So our question would be, with the incoming composition of the Senate and the retirement of the old guards of the upper house, would we be able to say that these are our best and brightest?)

Based on pre-election surveys, the incoming composition of the Senate is likely to see a superminority of an opposition, with Senate Minority Leader Franklin Drilon retiring, and Senator Leila de Lima suffering lower ratings. Senator Kiko Pangilinan is currently running for vice president.

Senator Risa Hontiveros is the only opposition figure in the April Pulse Asia survey in the top 12. – Rappler.com