The groups, consisting mostly of opposition groups supporting the tandem of Vice President Leni Robredo and Senator Francis “Kiko” Pangilinan, met in the days before the overseas voting period began on Sunday, April 10, to discuss how to work together to ensure a clean election.

“Establishing the KKD is necessary for Filipinos in Canada to ensure that our vote counts, that the proper electoral processes and safeguards are in place, and that our voice is heard. We hope that our government officials will listen to our plea for honest elections,” said Marissa Corpus, KKD Canada spokesperson.

The coalition’s activities include:

The KKD was first formed in Canada in the 2016 elections, according to Chris Sorio, Chairperson of Bayan Canada and KKD convenor.

“We now have an election watchdog from coast-to-coast that will be present in the consulates and embassy where votes will be tallied and canvassed,” said Sorio.

Representatives of Filipino groups across different countries, including Canada, have flagged possible disenfranchisement during the month-long voting period from April 10 to May 9 due to an alleged lack information dissemination from Philippine embassies and consulates.

(Each Filipino’s vote is sacred. That’s why voting is done in a secretive way – no names, so that there is protection from intimidation and vote-buying. Polls must be watched for a sacred election – the country’s strength to choose leaders that will put forward the interest of its citizens.)

The Commission on Elections earlier said that voters in Canada and the United States, countries conducting a postal mode of voting, should expect to receive their ballots in the mail after April 10.

To report incidents of election fraud, irregularities, delays, and other concerns amid the Philippine overseas election in Canada, KKD can be contacted at kkdcanada@gmail.com. Reports can also be submitted via this link.

Canada is the fifth most vote-rich country in the 2022 elections, with 90,545 registered voters. 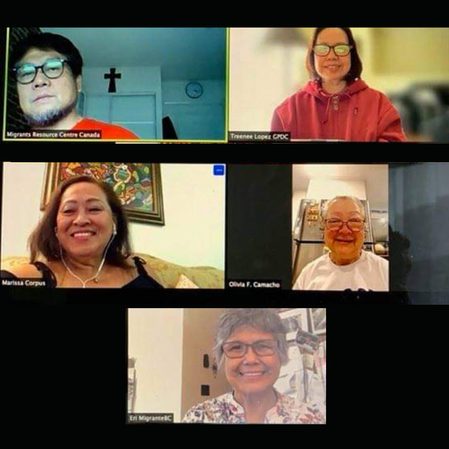