“I’ve already decided that I will do this campaign without joining debates,” she told reporters in a chance interview in Parañaque, on the sidelines of an event with “multisectoral groups” at Marymount Academy. 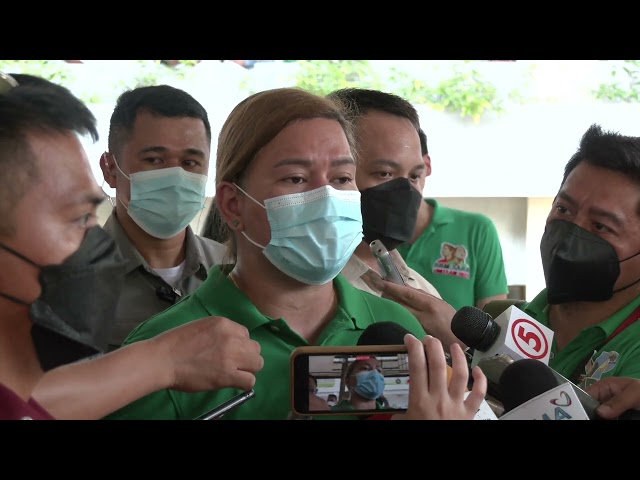 Asked if her decision was final, the survey front-runner said, “As of this moment, the decision is to conduct this campaign without debates.”

The decision isn’t entirely surprising. After the Commission on Elections (Comelec) said that all but one of the vice presidential candidates had confirmed their debate attendance, Duterte, through her spokesperson fellow mayor Christina Frasco, said she hadn’t. “Be that as it may, whether or not there is an invitation, Sara Duterte will not  be attending the debate,” said Frasco in late February 2022.

Another vice presidential candidate, Buhay Representative Lito Atienza, said he wouldn’t be attending the debate under instructions from his doctors.

Presidential candidate Ferdinand “Bongbong” Marcos Jr., who runs in tandem with Duterte, has likewise shunned presidential debates and fora, save for one organized by a media network whose owner previously endorsed him.

Debates and presidential fora, while not required of candidates, are seen by many as an opportunity to test a candidates’ mettle both in current affairs and on pressing issues. In the last presidential election, debates were seen by some pundits as a “game changer.”

Ironically, the “game changing” effect of the 2016 presidential debates may have helped Rodrigo Duterte, Sara’s father, the most.