Presidential candidate Vice President Leni Robredo shines as the star of hope in Negros Occidental, which gathered the biggest crowd yet among all her people's rallies nationwide. The rally was held at the Paglaum Sports Complex in Bacolod City and was attended by an estimated 70,000 supporters. 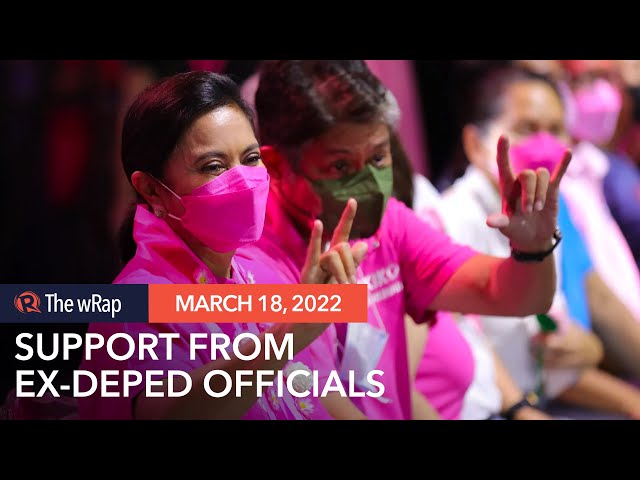 MANILA, Philippines – Former secretaries and staff of the Department of Education (DepEd) have expressed their support for the tandem of Vice President Leni Robredo and Senator Kiko Pangilinan, who are gunning to be the country’s president and vice president, respectively.

In a statement released on Friday, March 18, at least 90 staff members, including six former education secretaries – namely Edilberto de Jesus, Florencio Abad, Fe Hidalgo, Jesli Lapus, Mona Valisno, and Bro. Armin Luistro – said that the tandem “both bring solid experience and a grounded understanding of the education sector, its challenges, and what needs to be done.”

“A vote for them on May 9, 2022 goes beyond electing sincere, genuine, and competent leaders. A vote for them is a vote for quality education for all Filipino learners,” they added.

In July 2021, Robredo called on the government to declare a “learning crisis” in the Philippines following a World Bank report on poor learning results among Filipino students. (READ: DepEd head demands apology from World Bank for PH poor education ranking)

If elected, the tandem promised to provide students with gadgets and P300 monthly internet allowance.

Groups from various sectors have come out to support the tandem, such as law deans and professors, priests and nuns, top Jesuits and Ateneo theologians, former Philippine Bar Association presidents, framers of the 1987 Constitution, and former government officials including retired diplomats and former military chiefs, among many others. – Rappler.com