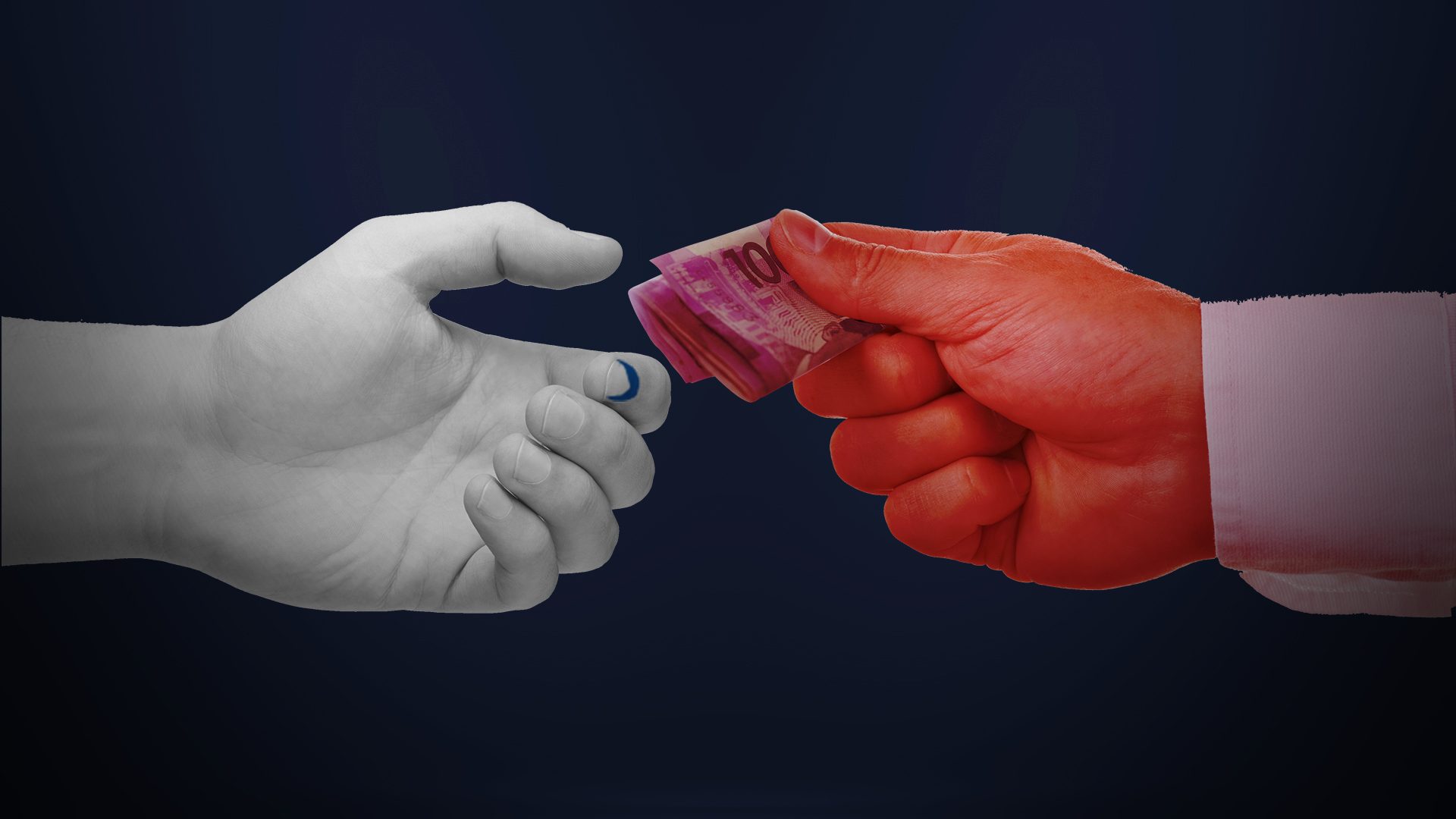 UNEVEN PLAYING FIELD. The prevalence of vote-buying in Philippine elections are part of the cycle of corruption in the country.

While citizens’ networks exist to guard against electoral fraud, most are focused on the conduct of the actual elections. Even those that monitor violations of the country’s campaign laws lack active policing functions, Coscolluela told Rappler in an interview conducted via social media.

The former governor, a convenor of the Robredo People’s Council in the province, issued a statement on alleged irregularities during the 2022 national and local elections. The statement released on Wednesday, May 18, was co-signed by former Comelec Negros Occidental elections supervisor Jessie Suarez, the RPC Bacolod convenor.

While keeping their minds open on the actual elections count, Coscolluela and Suarez said “massive vote-buying” and other campaign malpractices “occurred with wanton impunity” in the 2022 elections.

“(It is) difficult to prosecute unless caught ‘in flagrante’ by authorities,’ Coscolluela said. “Comelec issues warnings but that’s as far as it goes.”

“Might not stop the practice outright but it can serve as a deterrent. Better than treating it like acceptable standard practice,” the former governor said.

Asked if he was envisioning citizens’ arrests, Coscolluela replied in the affirmative.

“Yes, something we can explore now, maybe even try during the coming barangay elections,” he added.

Lawyer Antonio La Vina, former dean of the Ateneo School of Government, said the proposal is “a good idea.”

Lawyer and former Supreme Court spokesman Ted Te said, “I think in theory and principle, it is a good idea.”

The barangay polls are set for December 5, 2022. President Rodrigo Duterte signed Republic Act 11462 on December 3, 2019, postponing the barangay and Sangguniang Kabataaan elections from May 2020 to the first Monday of December 2022.

The new law, in effect, gave barangay and SK officials elected in May 2018 five years in power, instead of just two.

Barangay officials are seen as key actors in local and national elections, often acting as candidates’ heads of ground troops, although by law they are mandated to be non-partisan.

It said the 2022 polls included “a higher level of failure of the electronic voting system than ever before, along with a higher level of blatant vote-buying, disturbing level of red-tagging and a number of incidents of deadly violence.”

Discussing the situation in Western Visayas’ trade capital, which it did not name but described in a way that clearly indicated Iloilo City, the IOM said:  “Vote buying is so bad it causes a traffic jam of people lining up to receive their envelopes and sample ballots. Here the rate is P800, with a follow-up after you have voted. In the north, votes are being bought for P3,000 pesos. The candidates, even the police, all deny this.”

Bacolod Elections Officer Revo Sorbito had acknowledged numerous social media complaints about vote-buying with netizens claiming that candidates in the city’s hotly-contested race were offering from P1,500 to P2,000, with a few reporting P5,000 offers in select barangays.

While social media posts are full of vote-buying claims, very few formal reports have been lodged with the local provincial and city Comelec task forces, prompting supervisors of the poll body to appeal for citizens to come forward.

The problem with fighting vote-buying, Coscolluela said, is that people fear calling out violators “if they feel alone,” a reason for the low count of official complaints.

“Affidavits are difficult to produce for lack of willing witnesses,” he said.

“Pictures of sample ballots with money attached are not admissible because they can be rigged by anyone. And they don’t show the identities of those involved,” Coscolluela added.

Documented cases for 2022 are even lower than in the 2019 midterm elections, when police in Moises Padilla town arrested 28 persons, including three minors, for vote-buying. On the eve of the elections, on May 8, village officials in Tibsoc, San Enrique town intercepted a construction worker and a minor while on their way to deliver an envelope with cash to a resident of the same barangay.

In Hinigaran town, armed men ransacked the houses of two barangay councilors on May 4, looking for “election money.” – Rappler.com