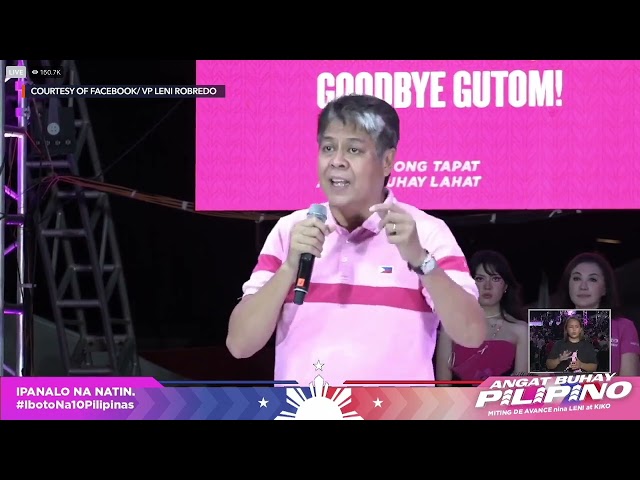 MANILA, Philippines – In his last pitch to voters at the end of the campaign period on Saturday, May 7, vice presidential bet Senator Kiko Pangilinan says it’s a privilege to have fought alongside their supporters during the campaign period.

His final words to the hundreds of thousands gathered at their miting de avance in Makati’s financial district: In the vice-presidential race, the last man standing is a farmer. – Rappler.com