Gordon not worried about reelection bid after implicating Duterte in Pharmally Facebook Twitter Copy URL
Copied
'It will not affect the chances of my reelection.... I think lot of people do not believe in the President anymore,' says Senate blue ribbon panel chair Richard Gordon 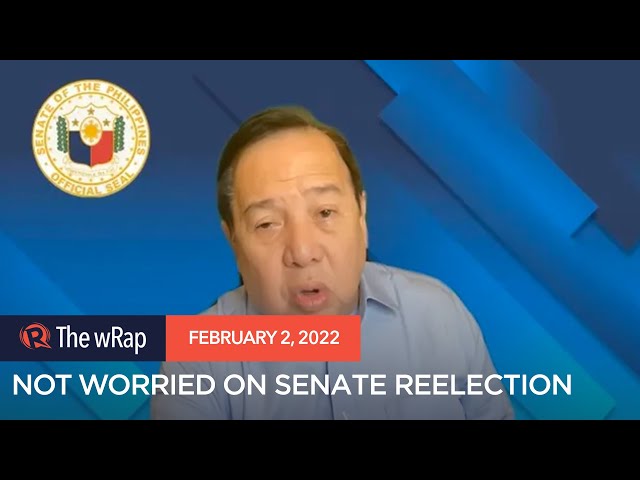 “No, it will not affect the chances of my reelection, principally because I think a lot of people do not believe in the President anymore. He has lost ground,” Gordon said.

Gordon has made himself an enemy of Duterte for leading the blue ribbon hearings on Pharmally. The President has been stubbornly defending the Pharmally-linked officials and has directed his wrath at Gordon and the Senate instead.

After 18 hearings, the panel’s partial report said that complaints should be filed against Duterte once his term ends in June 2022, for his failure to go after his appointees and the Chinese businessmen behind the questionable deals.

Gordon, a veteran politician and chairman of the Philippine Red Cross, is seeking another Senate term in the May polls. In the December 2021 Pulse Asia survey on voters’ preference in the 2022 elections, Gordon was just outside the so-called “Magic 12” of the senatorial race.

Months before the last poll results were released, Duterte had accused the senator of allegedly pocketing funds when he was still chief of the Subic Bay Metropolitan Authority, a position he last held in 1998. Duterte had also claimed that Gordon was using Red Cross to propel his 2022 candidacy.

The senator is unfazed, however, calling Duterte a “cheap politician” for defending the Pharmally-linked officials.

Gordon said he is banking on his track record, not on his committee’s findings on the Pharmally controversy, to keep his Senate seat.

“I don’t do it for politics’ sake; I do it every day. I can show you pictures of my entire life,… even when I was young, doing Red Cross. I’m not worried about that. People should run on the basis of their record and not on the basis of their money or on their empty promises,” said Gordon.

The blue ribbon committee’s partial report on the Pharmally scandal is now being routed for senators’ signature. A majority of the committee members must sign so Gordon can endorse the report for plenary approval. – Rappler.com