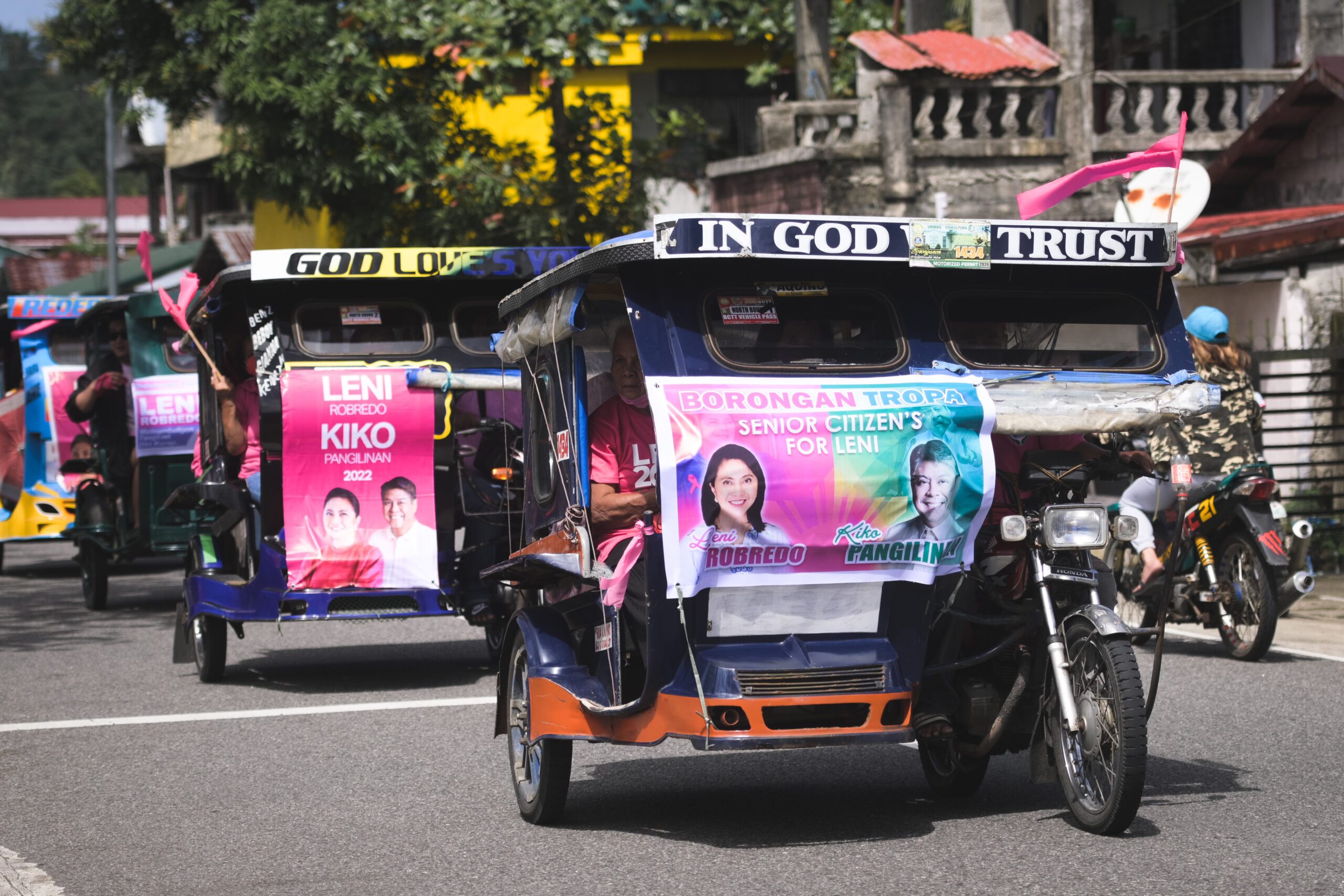 In an interview with Rappler, Agda underscored what makes the 2022 elections campaign unique from previous contests.

The mayor, a member of the ruling PDP-Laban, said seeing people from the grassroots and professionals shelling out their own money to support Robredo gives him hope of a deeper change in Philippine politics. (READ: ‘Susuotan natin ng tsinelas ang gobyerno’: Leni’s vow of new politics a nod to Jesse Robredo)

“Admittedly, as a local politician, it’s my first time to see supporters chipping in money – they are not bought by those saying, ‘Come here to campaign and we will give you something in return for coming,’” he said.

“Politically, that’s scary, considering these people are from the grassroots and even professionals – retirees willing to shell out a little bit of their money to contribute to this cause. So, that gives me hope,” he added.

He said that other “volunteers” for rival presidential candidates were paid for gasoline and other expenses when their bets came to visit.

Agda, among eight mayors in Eastern Samar who have publicly expressed their decision to back the lone female presidential candidate, said it was Mayor Roland “Boie” Evardone of Arteche town who asked local chief executives in the province to convene and discuss endorsing Robredo.

But Agda said that even before the meeting with the mayors in Eastern Samar, he has always been a fan of Robredo’s leadership

“And I think the reason why us mayors who are openly supporting VP Leni is we believe in the same principles and that the good vice president is the only one who can make a great difference among the presidents,” he added.

He said more mayors in Eastern Samar will soon express support for Robredo.

“It has something to do when the PDP-Laban dissipated,” Agda said.

“As of now, the PDP-Laban has not endorsed any candidate for president. Local chief executives under the PDP-Laban needed to take a stand,” he added.

Interestingly, Agda said there was no personal effort by Robredo to convince the group.

The Borongan mayor said he hasn’t talked to Robredo or any members of her team since openly endorsing her candidacy.

He said he only met Robredo in 2016 when the latter visited Borongan. As the city administrator of this city back then, he was the one who welcomed Robredo.

“I was not a beneficiary of any assistance from the Office of the Vice President or even way back when she was still a congressman. I saw in her the sincerity to serve and inclusivity. Her programs are not just for a chosen few. Those are some of the reasons why I decided to support her openly and campaign for her,” he said.

“When it comes to her advocacies, they are not far-fetched. I’m not saying she is perfect. But among the candidates, she is the only one who showcased sincerity and consistency in various programs against all odds. Despite the lack of funds, she was able to deliver,” he added. – Rappler.com