Honasan, a key player in EDSA revolution, is part of Marcos-Duterte slate SENATE BID. Gregorio "Gringo" Honasan II as Information Secretary defends the budget of his department to the Senate on September 20, 2021. Honasan resigned in October to make way for his Senate bid. Photo by: Henzberg Austria/Senate PRIB

Marcos announced this in a statement on Friday, February 4, making Honasan the 11th person to be in his slate with running mate Davao City Mayor Sara Duterte.

“We are pleased that he is now part of our senatorial slate. We believe that Senator Gringo will accomplish a lot in the Senate, coming up with laws that will help ensure better lives for our countrymen,” Marcos said.

Honasan was Juan Ponce Enrile’s aide-de-camp during the martial law years, and was a member of the Reform the Armed Forces Movement (RAM).

RAM is a group of soldiers first founded by young officers in response to corruption in the Philippine military during the late dictator Marcos’ regime. The group continued to stage coups against Marcos’ successor, Corazon Aquino.

For their attempts to overthrow the Aquino administration, they were charged with rebellion and arrested. Honasan himself was granted amnesty by Aquino’s successor, Fidel Ramos, in 1992.

Honasan was also a leader of the 2004 Oakwood Mutiny against former president Gloria Macapagal-Arroyo, whose Lakas-CMD is carrying the vice presidential bid of Sara Duterte.

In 2016 when he ran for vice president against Marcos, Honasan said he believes that the sins of the dictator should not be blamed on the son.

Honasan is running for the Senate as an independent candidate. The Marcos-Duterte Uniteam so far has eleven in their slate, and is set to complete the 12-person lineup in time for their proclamation rally on February 8, also the start of the official campaign period.

The Reform Party, described as an offshoot of Honasan’s RAM, has also endorsed Marcos and Duterte.

“In a resolution issued on January 21, 2022, but was made public on Friday, February 4, 2022, signed by its president James A. Layug and other key officials, the party resolved to declare their support for the candidacies of Bongbong and Inday Sara,” said the Marcos camp in a statement.

Layug is a former member of the Magdalo group. Magdalo’s Antonio Trillanes IV is running for the Senate and is supporting opposition leader Vice Presidewnt Leni Robredo.

Reform, in October 2021, endorsed the candidacy of longtime Duterte aide Bong Go, who was then running for vice president under PDP-Laban. Reform did not endorse Senator Ronald dela Rosa even if he was the PDP-Laban presidential candidate at that time.

Go initially withdrew his vice presidential bid to run for president under another party, the obscure Pederalismo ng Dugong Dakilang Samahan, only to withdraw that candidacy later on.

PDP-Laban has since “adopted” Duterte’s daughter and Marcos Jr’s running-mate Sara as their vice president, but has thus far not picked a presidential candidate.

President Rodrigo Duterte himself has not endorsed a presidential candidate. 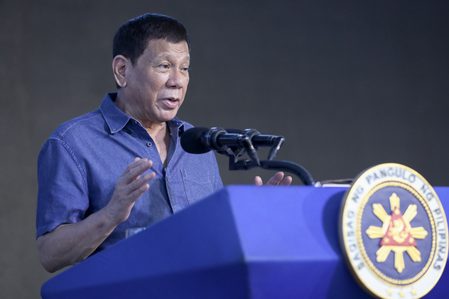