Around 200 groups have been launched aiming to convince Vice President Leni Robredo to run for president in 2022.

Around 200 groups from across sectors and provinces were casting their lots on Leni Robredo in the 2022 elections, citing her track record as vice president as proof of her capability to lead the pandemic-hit Philippines.

The pro-Robredo volunteer groups came together and held an online “people’s convention” on Monday, August 30, as the Philippine opposition leader continued to discern whether to mount a presidential bid in 2022.

Robredo wanted at least a fighting chance if she makes a run for the presidency, because she did not want to split the votes of an already-fragmented opposition.

She was logging dismal numbers so far, falling behind five other potential presidential contenders in pre-election surveys.

But the same polls still indicated Robredo as the most viable opposition standard-bearer for the dissenting forces against President Rodrigo Duterte. 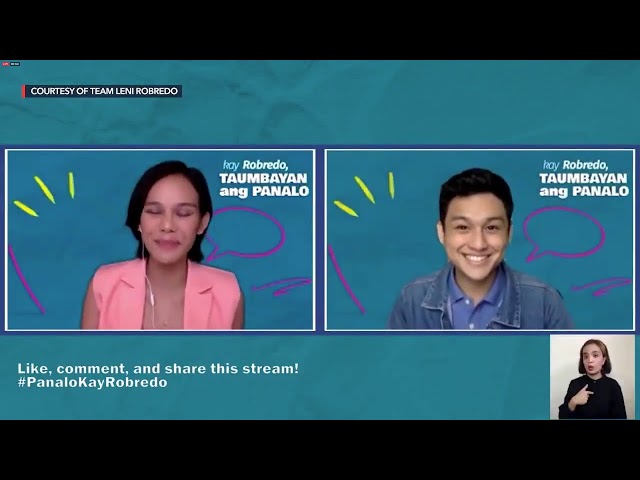 There was no mention of Robredo’s dismal survey performance in the hour-long online program on Monday.

Her supporters instead focused their messaging on Robredo’s achievements, especially during the coronavirus crisis.

A good number of these pro-Robredo groups – which organizers said counted some 500,000 members – were launched just a few weeks or even days ago.

They are all part of the efforts to help boost Robredo’s profile as a potential presidential bet – which could see her battling it out against the President’s daughter, survey frontrunner and Davao City Mayor Sara Duterte.

(We are dreaming of a better life. We are dreaming to survive this pandemic… We believe only Leni Robredo can lead a government that would help us reach our dreams.)

How Robredo helped them

One of the first to speak during the program was OB-GYN resident Dr. Janine Maulit, who was infected with COVID-19 twice. She lost both her grandmother and great grandmother to the virus, too.

Maulit recalled how Robredo and her staff did everything they could to help her family look for hospital beds at a time when most healthcare institutions were in full capacity.

Maulit also said the Office of the Vice President (OVP) as well as other Robredo supporters donated personal protective equipment, food, and other supplies to the hospital where she worked.

(Actually they provided everything we needed. They made us feel that we’re not alone, especially during this crisis we are facing.)

Seventeen-year-old Michelle Melendres also shared how the OVP was quick to respond when she wrote a letter to Robredo asking for help in paying for her mother’s hospital fees.

(I used to think that the government would not help you if you’re not a popular person. But when VP Leni helped me, it changed the way I viewed the government.)

A caregiver in Italy for 24 years now, Reyes said the next president should be someone who could help generate jobs in the country so Filipinos would no longer need to work abroad.

(We need a new breed of leaders who can help strengthen our economy, who equally treat all sectors of society. She should be God-fearing, patriotic, brave, and smart, that’s why I am for Leni Robredo. I hope you would support her, too.)

The Vice President has been meeting with other possible bets in a bid to build a broader opposition coalition, while her supporters have been going on overdrive launching groups calling on her to run.

She also launched her own podcast on August 23 in a move seen to help Robredo reach younger generations a little over a month before the filing of candidacies in October. – Rappler.com