#PHVote Guides: How to apply for online reactivation of voter data for the 2022 polls 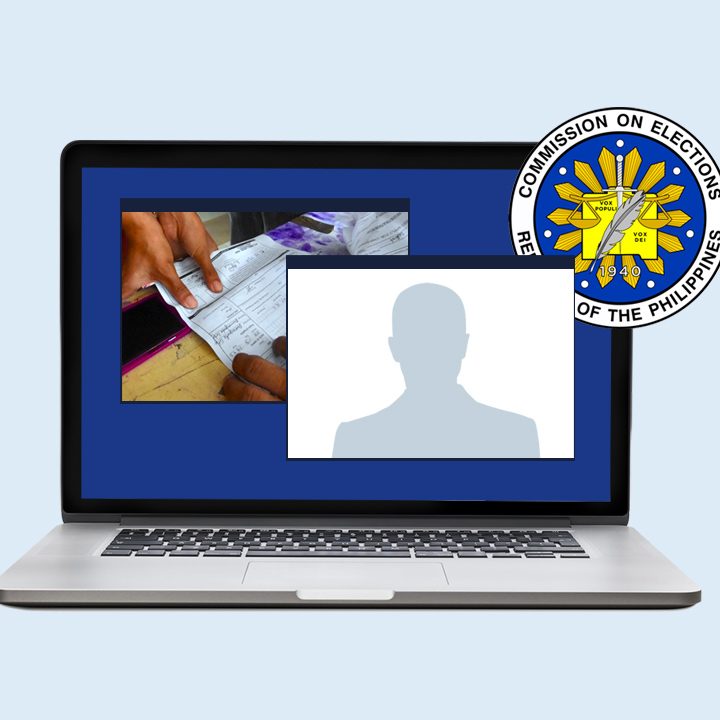 Facebook Twitter Copy URL
Copied
Was your voter data deactivated after you failed to participate in the past two elections? Here’s how you can get back the power to vote in 2022.

The Commission on Elections recently authorized online reactivation of voter data for people who failed to participate in the past two consecutive elections.

This is part of the poll body’s efforts to make reactivation of voter data easier for the over six million people whose voting records were deactivated in the run-up to the 2022 elections, especially amid the coronavirus-driven hard lockdowns that halted voter registration in areas in the Philippines.

Who can reactivate their voter data online?

Based on Comelec Resolution 10715, people with deactivated voter data can apply for online reactivation as long as their complete biometrics data is still in the database of the city, municipality, or district where they are filing the application.

“Yes, [the resolution] covers all people qualified to reactivate their data and not just senior citizens, persons with disabilities, and persons deprived of liberty. When we look at who are qualified, they are the applicants who have complete biometrics data, like photos and fingerprints,” Comelec Commissioner Aimee Ferolino also confirmed to Rappler on August 17.

In early August, the poll body specified that only those vulnerable sectors had been given the green light to reactivate their voter data online.

The following types of application can be processed virtually, based on the resolution:

It is important to note that first-time voter applicants cannot take advantage of this process, because they do not have biometrics data yet in Comelec’s local databases. They have to personally file their application form with their local Comelec office.

What are the procedures?

1. Head to the Comelec website and get the application form, which you may fill out online and print, or print first before manually filling out.

2. The application form has two pages. On the first page, check the circle corresponding to your desired type of reactivation. On the second page, accurately fill out the form with your information.

3. If you are a member of the vulnerable sector, you may also update your records by downloading and accomplishing the supplementary data form. There, you could specify whether you need assistance on election day, and whether you are willing to vote in accessible polling places.

4. Write your active phone number/email addresses at the right top portion of the first page of the application form, just below the printed word “Revised CEF-1.”

5. Scan the pages of the application form, supplementary data form (if you have), and any valid identification/supporting document from among the following:

6. Send the scanned forms which you accomplished to the official email account of the Office of the Election Officer (OEO). Indicate the type of application in the email’s subject line.

7. Once the OEO has confirmed the appointment and the completeness of the applicant’s biometrics data in the local database, the applicant will receive in their email address and/or phone number the date and time of the online interview.

8. The election officer or the authorized interviewer will ask the applicant questions during the interview to determine their application and complete the process.

How about senior citizens, PWDs, and PDLs who prefer to submit applications through an authorized representative?

The members of these vulnerable sectors may follow steps above, but must write an authorization letter for their representatives, who can be:

Have online reactivations begun? Where are the email addresses?

“System is operational now. Email addresses are on the Comelec website,” he said.

Jimenez appears to be referring to the directory of local Comelec offices posted on its online portal, which can be accessed below:

The Comelec has said it reached its target of four million first-time voters back in June. It also has 60 million people already eligible to cast their ballots for the 2022 polls, just one million shy of the poll body’s projection.

But lawmakers and youth groups pointed out that the Philippine Statistics Authority’s projected voting population for next year is 73.3 million, and they fear that 13.3 million people could be disenfranchised from voting, especially in the wake of hard lockdowns that halted voter registration multiple times since 2020.

Online reactivation for over six million people with deactivated voter data could cushion the impact of lockdowns that complicated Filipinos’ efforts to physically settle their records with Comelec offices.

The Comelec announced on Wednesday it decided to reject calls by lawmakers and youth groups to extend the voter registration beyond September 30, 2021, citing operational constraints. – Rappler.com