#PHVote Guides: Why is Comelec no longer issuing voter IDs? 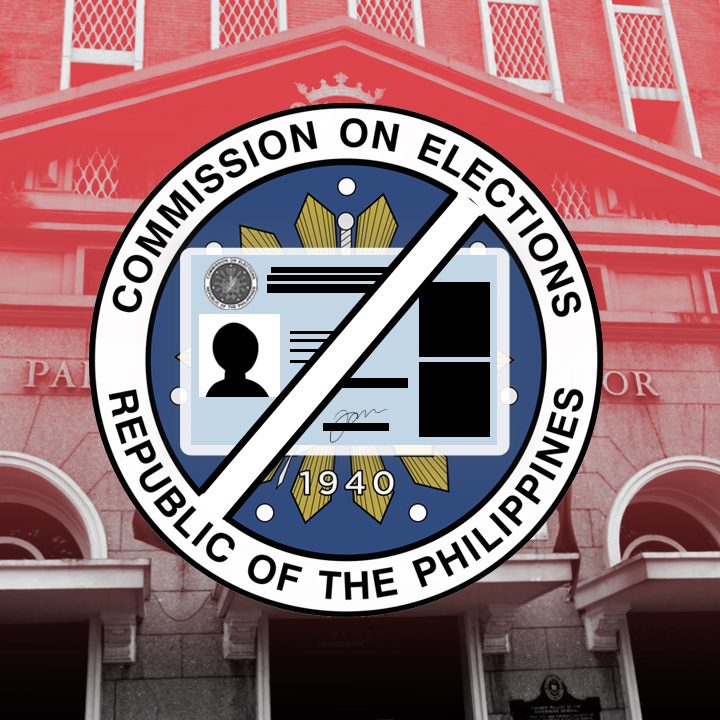 Over 60 million Filipinos are registered to vote in the 2022 national and local elections to date. In the past, the Commission on Elections would issue voter identification cards as proof of registrants’ eligibility. In 2017, however, the poll body announced it would stop doing so.

On December 20, 2017, the Comelec announced on its website that it would no longer be issuing voter ID cards in anticipation of the roll out of a national identification system.

Comelec Spokesperson James Jimenez reiterated this in later years, warning the public against offers from scammers creating fake IDs, and dissuading people from registering to vote just to get an ID.

How do I prove I’m eligible to vote?

The election officer will issue an acknowledgement receipt, attached at the end of the CEF-1 Form, as proof of registration. The receipt contains the voter’s ID number.

The receipt should be presented on election day.

TRACKER: Voter registration for the 2022 elections What is the national ID system?

Republic Act 11055, An Act Establishing the Philippine Identification System, was signed by President Rodrigo Duterte on August 6, 2018. It aims to establish a single national identification system for all citizens of the Philippines as well as resident aliens. This proof of identity is a means of simplifying public and private transactions, including proving eligibility to vote.

How can I get my PhilID?

For step 2, registrants must proceed to their designated registration center on the day of their appointment and present their assigned Appointment Reference Number (ARN) or QR code and the original copy of their supporting documents.

The PhilID and PhilSys number will then be sent to the registrant’s delivery address. The transaction slip or any valid IDs should be presented to the courier.

As of June 30, according to the PSA, 16,170,330 Filipinos have accomplished step 2 of the registration process. The government aims at registering 70 million Filipinos in 2021.

How do I register to vote?

If you’re in the Philippines, check out Rappler’s FAQ on voter registration during a pandemic. Otherwise, read Rappler’s guide on how to register to vote overseas. – Jose Atienza/Rappler.com