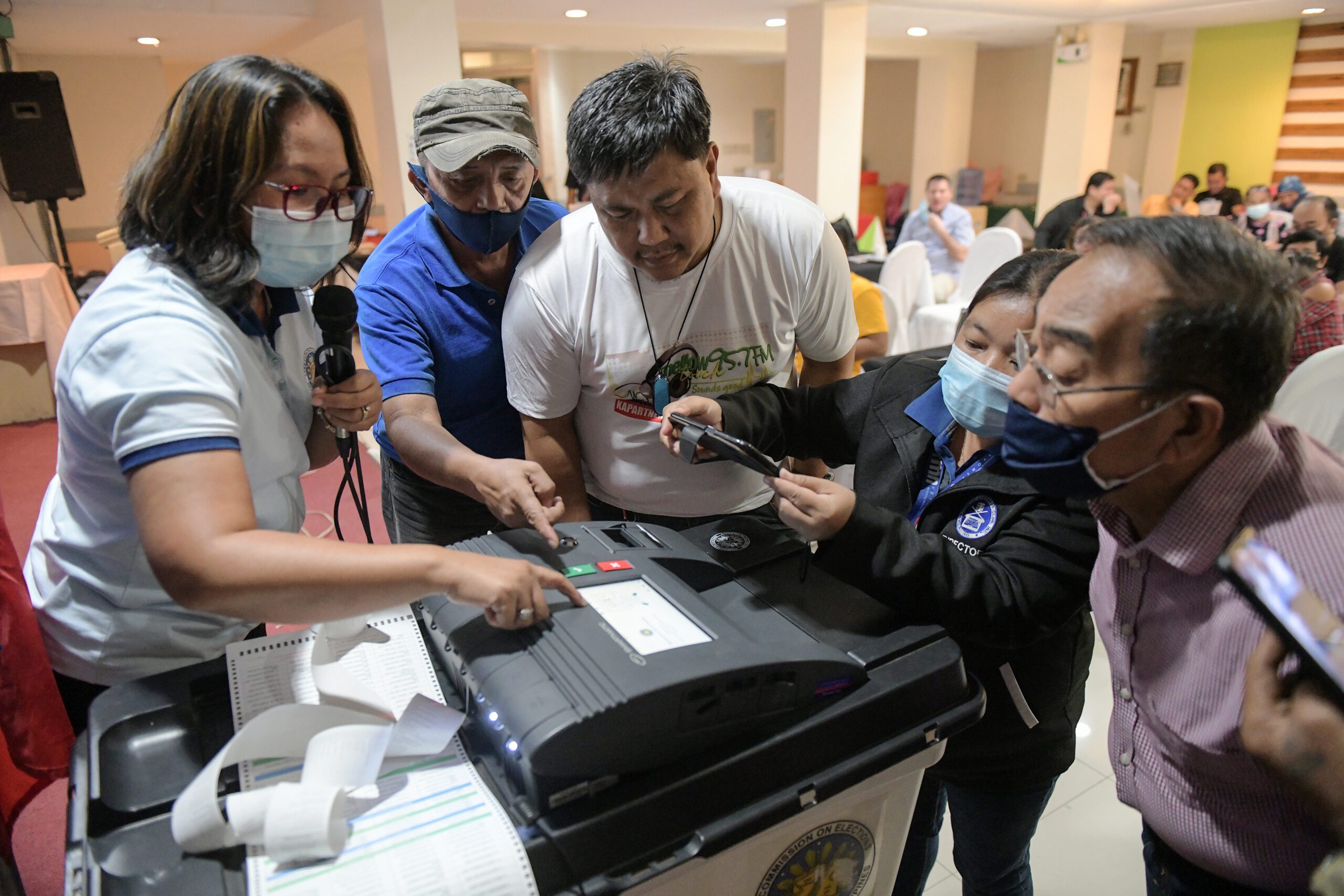 MACHINE CHECK. Cagayan de Oro-based reporters check a vote counting machine on April 23, 2022 during a workshop on how to cover the May 9 elections.

Lawyer Aleli Abamonga Dayo, Misamis Oriental director of the Commission on Elections (Comelec), said the deployment of medical frontliners would be part of health and safety protocols against COVID-19 on May 9.

“Only 10 voters are allowed inside every precinct [at a time] to ensure social distancing,” Dayo said told journalists attending a workshop organized by the Cagayan de Oro Press Club (COPC).

Dayo said the Comelec would have special rooms for voters who would show symptoms of COVID-19 infection so that none would be disenfranchised.

Voters, however, would not be required to present vaccination cards or QR codes at the polling precincts, she said.

“A qualified voter already has a status equivalent to an authorized person outside residence or APOR,” Dayo said.

Some 40 journalists attended the workshop, “Covering the May 9 elections,” organized by the local press club in partnership with Hann Seidel Foundation, a German nongovernment organization.

One of the workshop resource persons, anti-election fraud advocate Rhona Canoy, said she was worried that the local elections would be fraught with anomalies in the voting process, and marred by heated scuffles among supporters of politicians.

Canoy said the level of disinformation, social media trolling, and the increased paid radio commentators in the city were red flags, and worrying signs that the local election process would be disrupted.

“Politicians have hired and organized their own media teams much to the detriment of the mainstream media,” Canoy said.

She said she was also worried that like in past elections, “the dead will vote again on May 9,” referring to instances before when it was alleged that ballots were cast in the name of the deceased. – Rappler.com