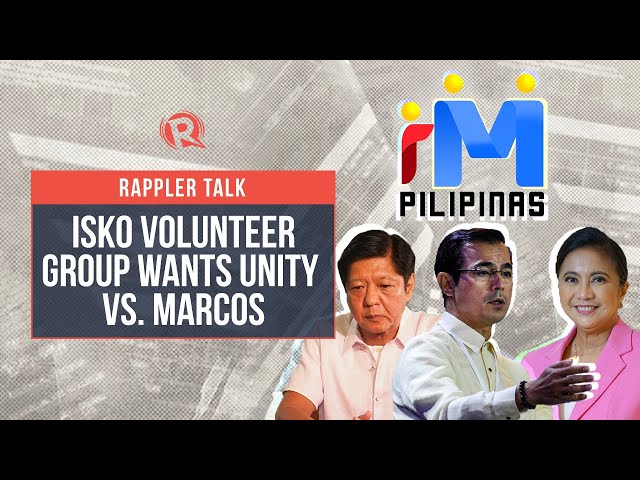 Secretary-General Elmer Argaño said the group wants presidential candidates to rally around the one among them who has the best chances of beating Ferdinand Marcos Jr. on election day on May 9, 2022.

Earlier on Monday, a Visayas chapter of their group had announced they were switching to Vice President Leni Robredo, currently at second place in recent surveys.

Rappler senior reporter Pia Ranada asks Argaño what makes them confident that new “unity talks” will succeed when those initiated by Robredo in 2021 did not.