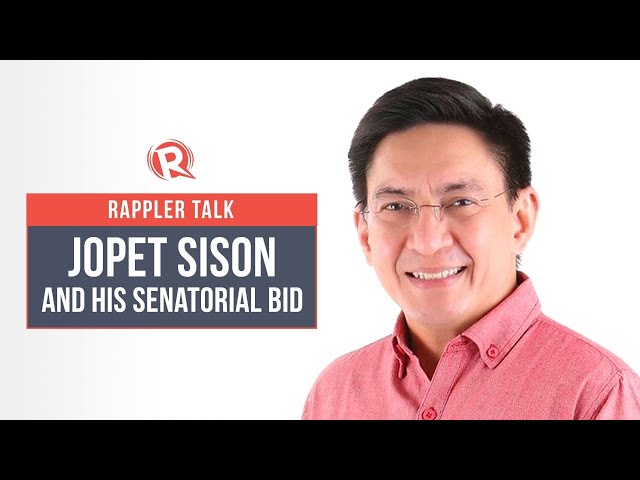 MANILA, Philippines – Most know him from Ipaglaban Mo, an ABS-CBN television legal drama series that popularized the phrase, “Kapag nasa katuwiran, ipaglaban mo.” (If you are in the right, fight for it.)

Now Jopet Sison has another fight to win, the 2022 senatorial race.

Rappler senior reporter Pia Ranada interviews the Aksyon Demokratiko senatorial candidate about his priority legislative measures and stances on critical issues. She also asks him about his experience so far on the campaign trail and what it’s like as a member of presidential candidate Isko Moreno’s Senate slate.

Catch the interview live at 10 am on Friday, February 25. – Rappler.com