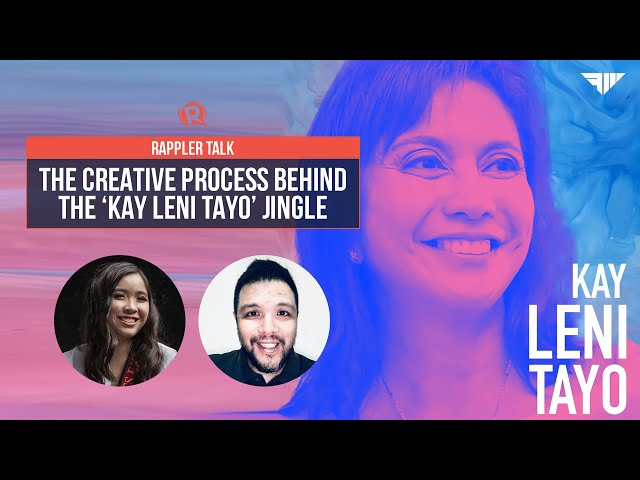 Vice President Leni Robredo has yet to decide if she will gun for the presidency in the 2022 elections. But this did not stop the creative minds behind FlipMusic Records from producing a song vouching for the track record of the Philippine opposition leader.

Music producer Nolan Bernardino got his team involved in the project after seeing the “Let Leni Lead” stickers in a Facebook post of former presidential spokesperson Edwin Lacierda.

Bernardino initially just wanted to get stickers for himself, but when Lacierda asked him if he could create a song about the Vice President, the Robredo fan agreed.

And thus, the “Kay Leni Tayo” song was born.

The jingle is now being used by pro-Robredo volunteer groups in their own campaigns aiming to convince the Vice President to seek the highest post in the land in 2022.

In this Rappler Talk interview, political reporter Mara Cepeda speaks with Bernardino and Del Rosario to discuss how they got on board with the Robredo for president movement and the creative process behind “Kay Leni Tayo.”

Watch the interview live on Rappler on Thursday, September 2, at 1 pm. – Rappler.com