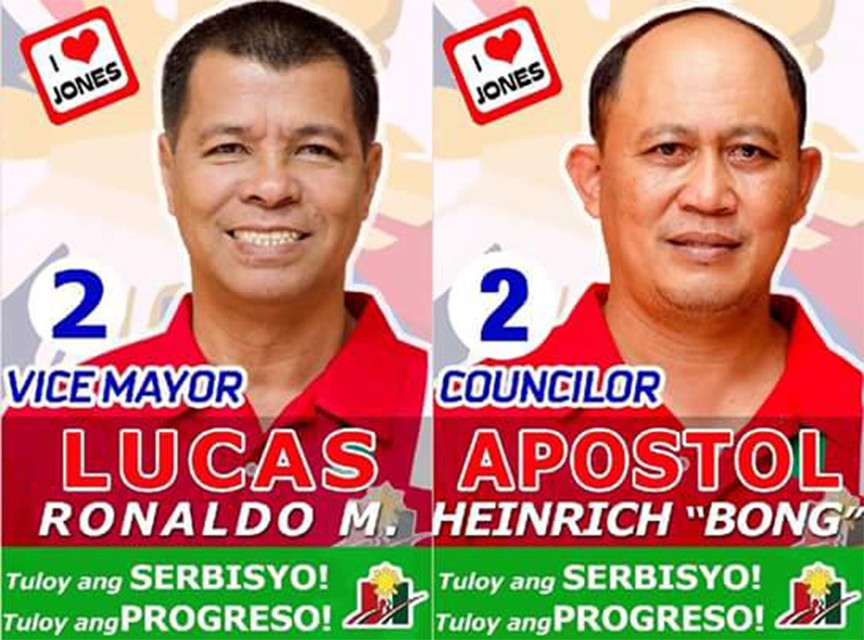 CAGAYAN, Philippines – A village chairman running for Jones town councilor in Isabela was shot dead in his own backyard on Thursday night, April 14.

Both were running under the Nationalist People's Coalition.

Jones town Police Chief Inspector Noel Pattalitan said in a report that a male suspect shot Apostol in the head while the official was talking with another village chairman inside the former's residential compound at around 8:30 pm Thursday.

Apostol was declared dead on the spot while Dicamay 1 village chairman Jimmy Balmilero sustained gunshot wounds on his legs.

The incident happened a day after vice mayoral candidate Lucas was taken by  suspected NPA members, who blocked his convoy on the way to Barangay Dicamay 3. He was later found dead.

“We left them (Lucas and the suspects) there having a nice conversation. They were exchanging ideas on what’s good for the town. They approached us nicely,” said one of Lucas’ companions when asked by reporters how the abduction happened.

Lucas’ driver also narrated that he was told to just leave because Lucas himself knew how to drive. He said they did not expect the armed men to kill him.

According to the police, the suspected NPA members distributed leaflets identifying themselves as members of the NPA’s Fortunato Camus Command.

The Philippine National Police already formed a task force to investigate the incident and to go after the killers. – Rappler.com