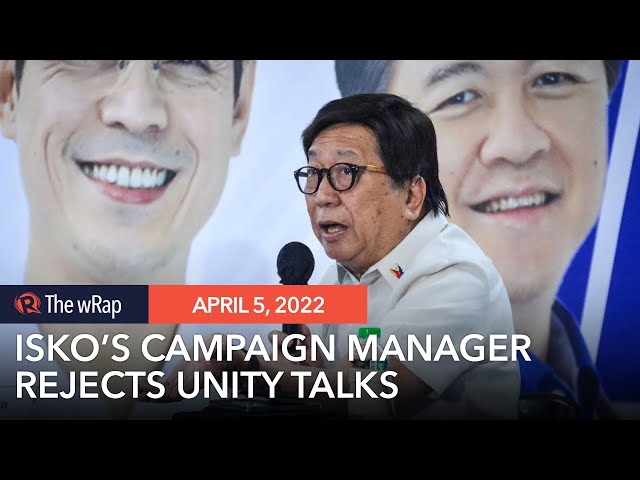 MANILA, Philippines – The campaign manager of Isko Moreno shut down calls of a pro-Isko Moreno volunteer group for presidential candidates to consider withdrawing to support the bet who could win against frontrunner Ferdinand Marcos Jr.

The group, Ikaw Muna (IM) Pilipinas, is pushing for unity talks among presidential candidates, similar to those initiated by Vice President Leni Robredo in 2021 which ultimately failed.

“I don’t think that will prosper,” Lito Banayo said in a media interview on Tuesday, April 5/

(Our fight is precisely that we are not fighting just because we are against or for this camp. We are fighting for the rights of ordinary people…. It’s about people,;it’s not about warring factions. It’s not about exclusivist factions who think they are morally upright compared to the rest of humanity.) 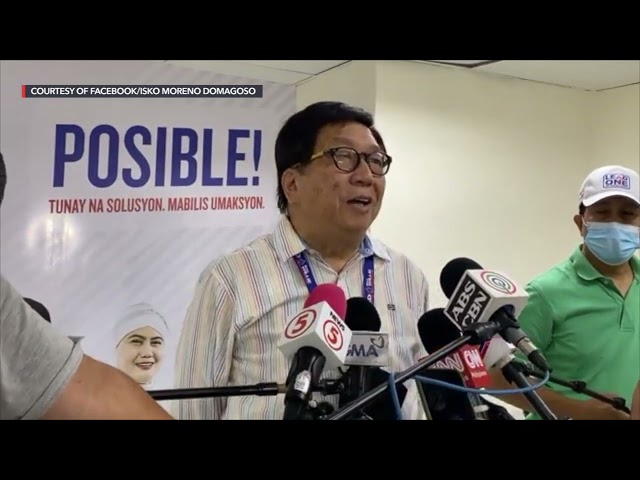 Banayo, a veteran of many presidential campaigns, also said the 1987 Constitution provided a multi-party system, not a two-party one, hence, more than two presidential candidates should be able to vie for Malacañang.

Tim Orbos, IM Pilipinas lead convenor, had sought to justify their proposal by citing survey numbers showing the wide lead of Marcos Jr. over his rivals and the second-place standing of Robredo. But Robredo’s and Moreno’s numbers are not that far apart, based on the February survey of Pulse Asia survey, 15% and 10%, respectively. Banayo said it’s unwise of IM Pilipinas to base their decisions on surveys.

“How reliable are surveys in a very toxic environment such as what we have where fake trolls proliferate? Many people don’t answer truthfully in surveys because of the bashing being done by different sides that has engendered a sense of fear,” he said.

Most surveys circulating among political groups and observers were done in mid-February or early March, he added, which “did not capture” developments like the snowballing of the issue on the Marcoses’ P203-billion estate tax deficiencies.

It was Moreno who first raised the estate tax controversy during a press conference on March 1. It became a major campaign issue when, during the first Commission on Elections debate, Robredo, Senator Panfilo Lacson, and labor leader Leody de Guzman agreed it was time for the government to collect the mammoth unpaid tax.

Banayo also downplayed the decision of IM Pilipinas’ Visayas chapter to switch support to Robredo, saying it is just one group among many.

“Only one person spoke, Mr. [Nick] Malazarte, and there is a statement from most of the Visayas for Isko denying Mr. Malazarte’s claim and saying he is the only one,” said Banayo in Filipino.

They said there are still 30 sectoral groups in the Visayas backing the Manila mayor and even described IM Pilipinas Visayas chapter’s switch to Robredo as “good riddance.”

The larger IM Pilipinas has not left Moreno’s side but put out a call for all candidates, including Moreno, to consider withdrawing in favor of the one presidential bet with the best chance of defeating Marcos Jr. Going by the most recent published survey, that candidate would be Robredo.

IM Pilipinas secretary-general Elmer Argaño denied the group’s call had anything to do with the national campaign team cutting their funding. In an interview with Rappler, he claimed the group has “not sought any funding.” – Rappler.com