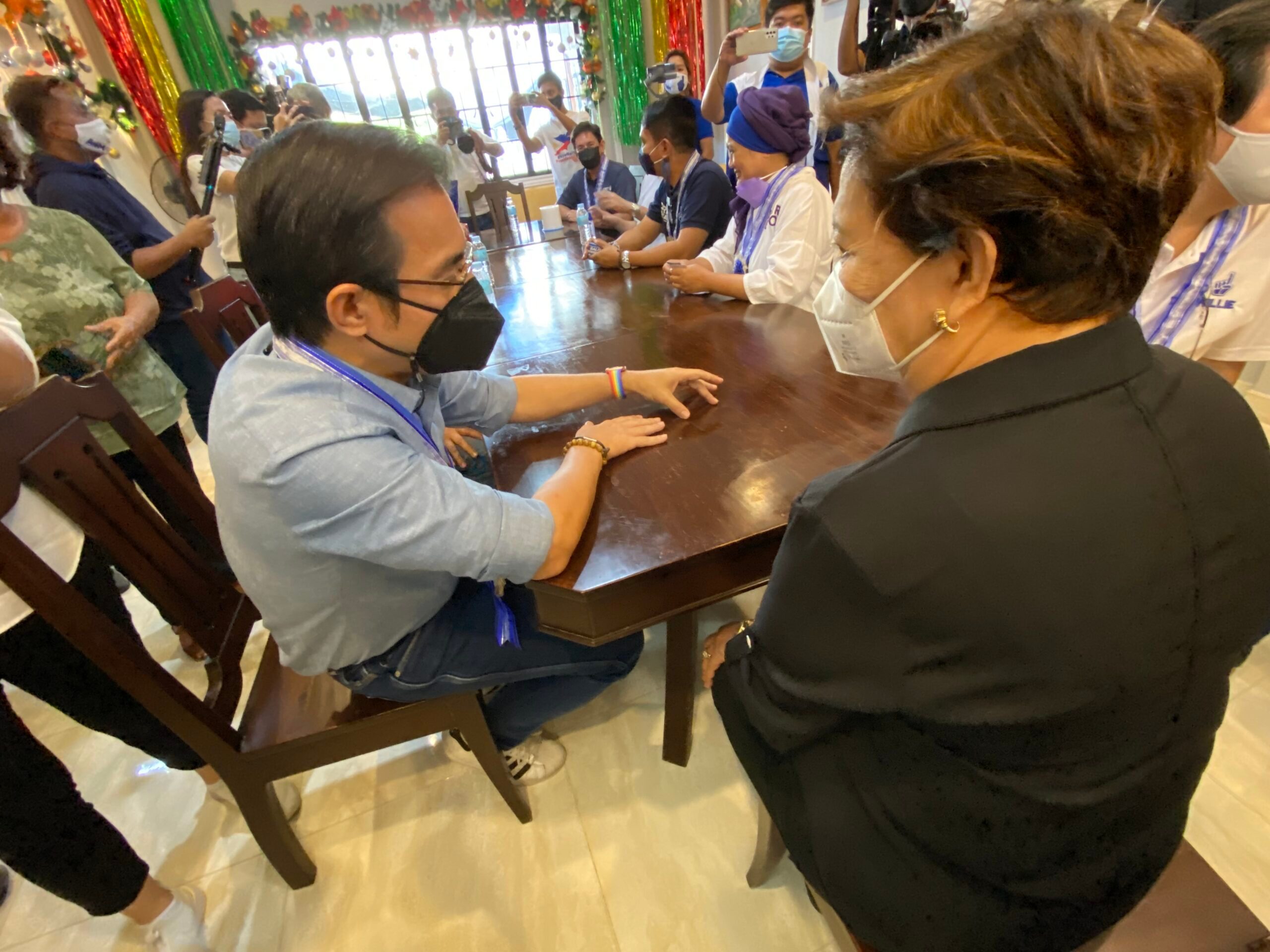 ILOILO CITY, Philippines—It was a coming home of sorts for Manila Mayor and Aksyon Demokratiko presidential aspirant Isko Moreno Domagoso, as he spoke to a crowd of relatives and townsfolk in San Joaquin town, Iloilo.

At a town hall meeting on Tuesday, December 14, Moreno explained that his father was from the neighboring Antique province, which was just beside the town.

The mayor said that while he was born, grew up, and started his showbiz and political career in Tondo, he was proudly Visayan because of his Antiqueño father and Waray mother.

He also took pride in his father’s hard work ethic, and emphasized that he learned never to steal.

(Even if my father was poor, he never stole. He was never troubled other people. My mother was the same. She did laundry for a living. Those who are here today – the mothers, the fathers – don’t lose hope. Whoever is to say that those standing here right now, and the land around us, can become president of the country? That’s what is happening to me. That can also happen for your children.)

Moreno told the crowd to contact everyone they know within Iloilo, Antique, and outside of Panay Island and the country, to encourage them to choose him and their slate, because they came from humble beginnings and they were not well-connected.

He said that this was the Ilonggos’ and Antiqueños “opportunity to elect someone of their own.”

(You have relatives from Iloilo? Outside Antique? In other parts of the country? Abroad? Text them now. Text your exes, your partners, relatives, friends, classmates. Because my fight is difficult. It will be difficult for a candidate who has come from nothing.)

After the town hall, he engaged with a local dance crew and danced to the tune “Dying Inside to Hold You”, which he had been dancing to since the days he was a dancer in the 90s.

Speaking with members of the media afterwards, Moreno expressed his happiness that he was able to see members of the Domagoso-Sandoy clan, who also held their reunion on Tuesday.

(I felt happy because I realized how big a family we are. In Tondo, I felt like an orphan. Technically from our lineage, I am the only one left.)

Prior to the town hall, he paid a courtesy call to San Joaquin Mayor Ninfa Garin, which was attended by his running mate Willie Ong, and senatorial aspirants Carl Balita, Samira Gutoc, and Jopet Sison. – Rappler.com