MANILA, Philippines – After a rollercoaster presidential campaign where he took swipes at Ferdinand Marcos Jr. and Leni Robredo, Manila Mayor Isko Moreno admitted defeat in a concession message on Tuesday, May 10.

The unofficial tally of votes has made his loss certain, placing him at far fourth place with 1.8 million votes with 97.8% of precincts reporting as of 3:31 pm. Marcos, meanwhile, got 59% of the votes transmitted so far – over 30 million votes. Vice President Leni Robredo came in second place with more than 14.7 million votes. Senator and boxing champion Manny Pacquiao was in third place with over 3.6 million votes.

Moreno, in a Facebook live video, called Marcos Jr. the president-elect. “Mayroon na pong pinili ang taumbayan (The people have chosen)…. I hope it can be official soon,” he said.

He congratulated Marcos as well as Davao City Mayor Sara Duterte for winning the vice-presidential candidate.

(My appeal to you is, let’s not join any disturbance because it will not do any good to our country, our community, our lives. Life must go on. We must support.)

Moreno, who during the campaign period had panned Marcos for his “unity” platform, told Filipinos to unite in helping the Marcos and Duterte as the next president and vice president.

(The next administration will not succeed if we hold on to our grievances, grudges, or ill will. We need to unite, help those chosen by our countrymen.)

The former garbage collector and sidecar driver who rose to become “Yorme” lost a chance to become “longpangu,” his version of the Filipino word for president, “pangulo.”

The 47-year-old mayor had consistently been ranking third in Pulse Asia surveys leading up to election day but his hope in winning was kept alive by large crowds that showed up at his rallies and his belief that his supporters, while “silent” unlike those of Marcos or Robredo, would propel him to a come-from-behind victory. Weeks before election day, however, Moreno slid to fourth place, after Pacquiao.

The loss means an end or a pause to Moreno’s time as an elected official. On June 30, Moreno will cease to become the Manila mayor, the local position that propelled him to the national stage.

This is his second time losing in a national electoral race. In 2016, his bid for senator also ended in defeat. In 2019, he pulled a stunning victory for Manila mayor against two former Manila chiefs. 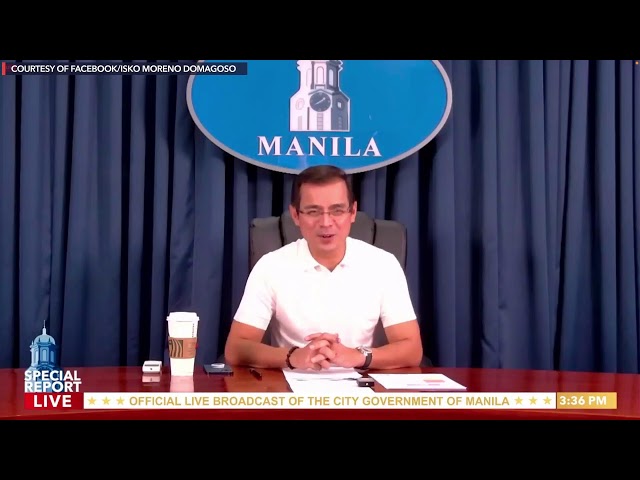 Moreno prepared to run for president in the wake of promising survey numbers, with a June 2021 Pulse Asia survey even showing he was in second place to Sara Duterte in terms of voter-preference rating and tied with Ferdinand Marcos Jr.

Unfortunately for the mayor, Duterte and Marcos ended up running together and by December of that year, the former senator’s rating had shot up to 53%. By contrast, Moreno’s ratings gradually declined – from 14% in June 2021 to 8% in March, then 4% in April (after the Easter press conference that saw him calling on Robredo to withdraw from the presidential race).

A large chunk of anti-Marcos voters eventually sided with Robredo who projected strength through her mammoth rallies and string of celebrity and political endorsements. As a strategy, Moreno sought to get support from the soft voters of both Marcos and Robredo – championing the issue of the dictator’s P203-billion estate debt one day then accusing Robredo of lying and bullying weeks later.

Retirement for the young Moreno?

Moreno has already said he plans to retire if he loses his presidential bid and would spend more time with his wife Dynee and five kids.

“I made a promise to mommy. Magbabawi na ako (It’s time to make up for things)… With all honesty, I think I owe it to them, I owe it to my family,” he told Rappler last April 18 in an interview.

But he said this doesn’t mean he will be idle. Moreno may pursue “projects” related to showbiz, his industry prior to joining Manila local politics.

“Baka naman maglibang ako (I might get into projects). Not in government. I may go back to showbiz, I may be behind showbiz. I may be doing shows to inspire others on a different forum or content, to really do something that can inspire and change the mindset of some, about the lessons in life. There’s a wall but not all walls are a dead end,” he told Rappler.

Moreno pitched a presidency that would bank on his youth and vitality to solve pressing challenges of the country. He wanted to prioritize pandemic recovery in the first two years of his presidency – reinforcing the country’s healthcare system, education sector, food security, and ability to provide decent-paying jobs.

He packaged himself as voters’ “alternative” to Marcos and Robredo whom he cast as embodiments of elitist politics who would only seek vengeance against one another if put in power. “Peace of mind” was what he offered to Filipinos.

Unfortunately for Moreno, the messaging did not work as well as intended. As the dust settles, many will be wondering what the future has in store for the young Isko and if his promise to retire from politics is still negotiable. – Rappler.com