Isko on EDSA Revolution anniversary: Time to reject abuses by the powerful LA UNION, Philippines – A week before the EDSA Revolution anniversary and while in Marcos territory, Manila Mayor and presidential candidate Isko Moreno said the upcoming occasion is a time to reject abuses by the powerful and recall that governments must be backed by the people.

(In the case of ’86, I think it’s worth it that we help the youth remember that the power of the president must always come from the people.) 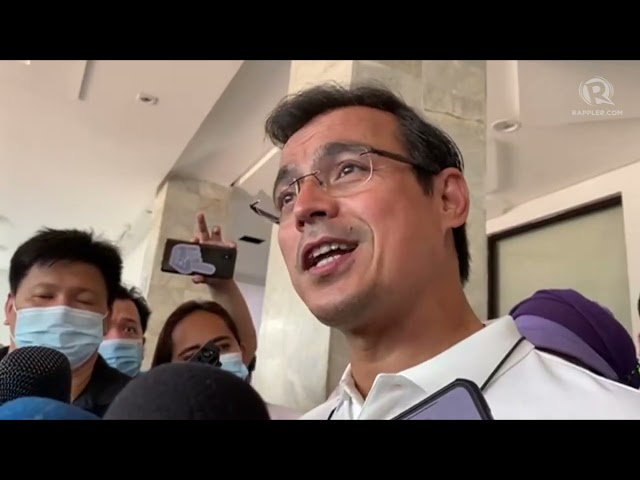 The country commemorates the People Power Revolution next Friday, February 25.

“Tao nagbigay, tao din ang babawi (The people gave it, the people can take it away). I think that’s the most important essence of the EDSA 1 Revolution,” he continued.

Moreno, whose most formidable rival for the presidency is Ferdinand Marcos Jr. who has long counted on Northern Luzon as a stronghold, said the People Power Revolution is a reminder to everyone “not to abuse their power because the people will get angry.”

He said he would “continue” to commemorate the occasion, if he wins as president.

(It’s only right that we keep reminding the next generation, to remind everyone that we must not abuse power because the people will get angry.)

By doing so, added the Manila mayor, Filipinos would “recognize good history” and would be reminded not to replicate “bad history.”

He did not mention Marcos by name, nor mention his infamous surname.

Moreno was only 11 years old when the EDSA Revolution took place, ending the dictatorship of Ferdinand Marcos and reviving the Philippines as a democracy.

His childhood of collecting garbage and working as a pedicab driver is well known.

As a presidential candidate, Moreno has lumped the Marcoses together with the Aquinos and Liberal Party, of which Vice President Leni Robredo is chairperson, as representative of the elitist politics he claims to reject.

The 47-year-old Manila chief has branded himself as the viable “alternative” to these candidates who knows best how to address challenges facing ordinary Filipinos because he too had endured poverty.

Marcos and Robredo are also the two candidates who are ahead of Moreno in voter preference surveys. – Rappler.com