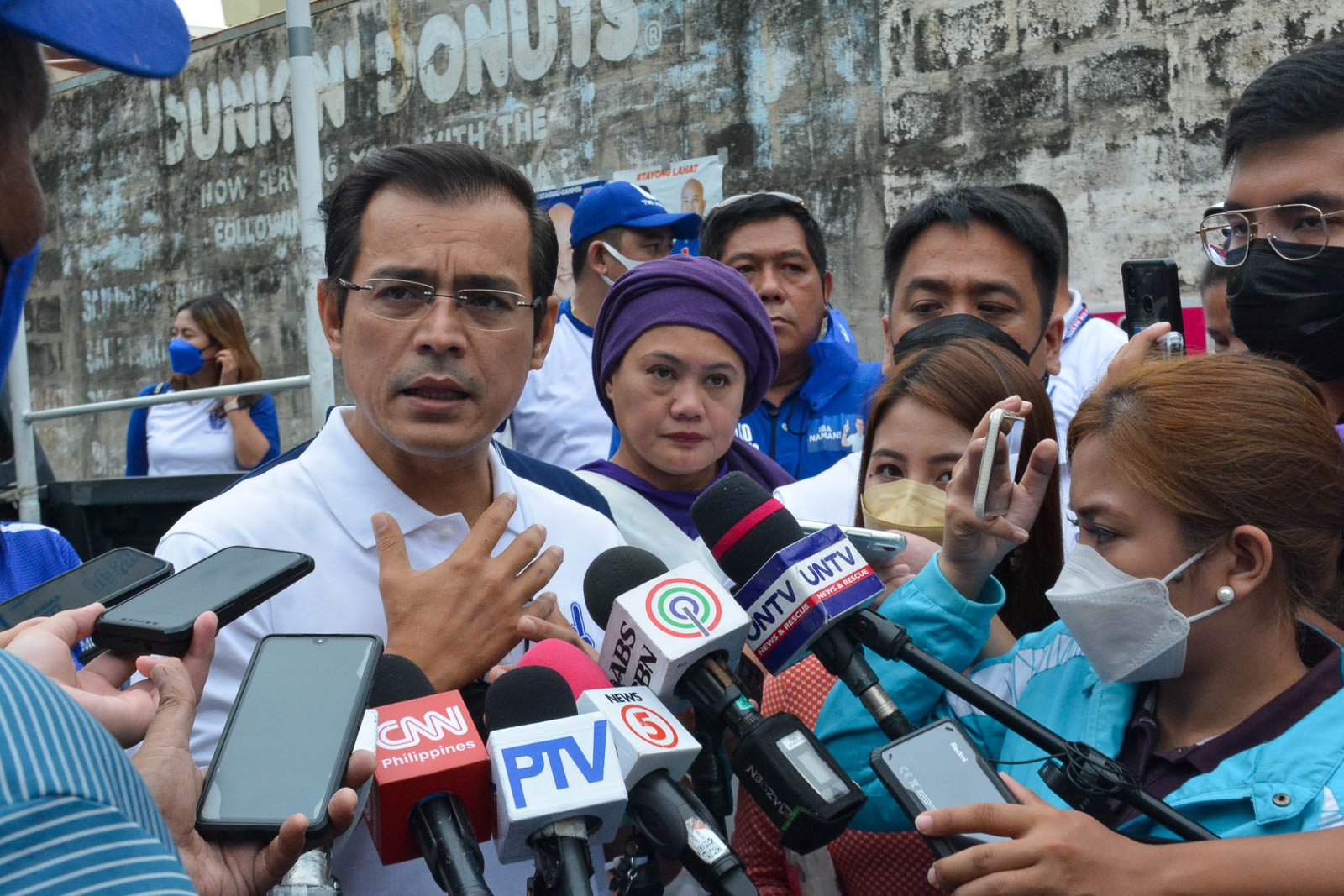 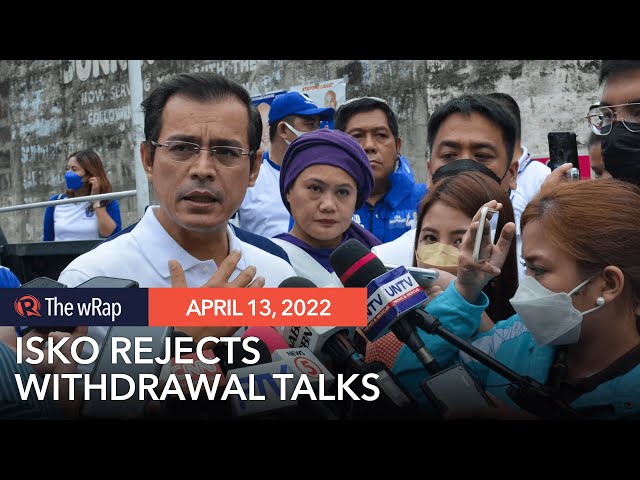 “I don’t do backdoor sa isang hostile na opponent (with a hostile opponent),” said Moreno on Wednesday, April 13, during a media interview in Porac, Pampanga. 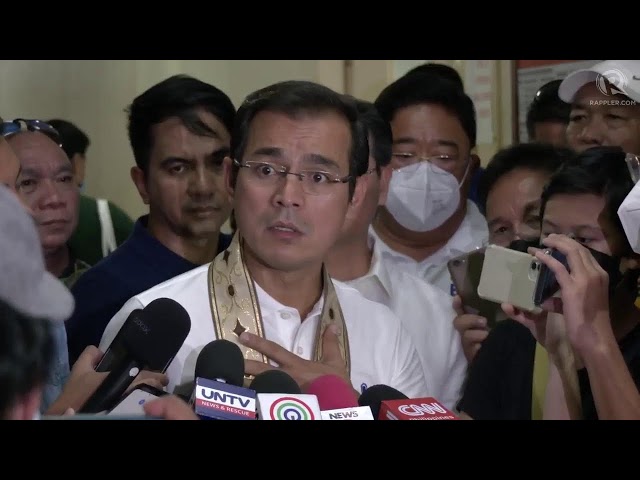 For the 47-year-old presidential bet, helping Robredo’s camp is far-fetched because of the way her supporters have treated him and his campaign.

“You know for a fact that they’ve been attacking us in their GCs (group chats). Meron pa sila ano – ‘May 1, May 1! Ano yan, susuko na yan tapos i-aappoint yan na DILG (He’ll withdraw then they’ll appoint him DILG secretary),’” he added.

He emphasized that if he loses the 2022 elections, he will “retire.”

Moreno thinks Robredo supporters are trying to “create an impression” that the Vice President is “the only candidate who is against Marcos.”

Former volunteers of Moreno who declared on Tuesday they were switching to Robredo floated the possibility of backdoor talks with candidates to pave the way for the withdrawal of non-Marcos candidates in favor of the Vice President. (READ: Isko Moreno on volunteer group defection: ‘This separates the men from the boys’)

They even said these candidates, including Moreno, should make the “supreme sacrifice” because withdrawal would supposedly help prevent another Marcos presidency.

But Moreno, on Wednesday, said it’s not he who should be making this sacrifice.

“Ang pinakamaganda, siguro, yung hindi na nagogrow na kandidato, dahil they are talking to their own echo chamber should also do the same, supreme sacrifice,” he said.

(What’s better, maybe, is if it’s the candidate who is not growing because they are talking to their own echo chambers who should also do the same, supreme sacrifice.)

Asked later on which candidate he was referring to, Moreno said, “Wala naman (No one in particular).

The Ikaw Muna (IM) Pilipinas members who defected to Robredo cited the March Pulse Asia survey showing Robredo, with 24% voter preference, had the best chance of beating Marcos (56%). Moreno was a far third, with only 8%.

Moreno’s camp, however, maintains that Moreno is doing better than what that survey indicates, pointing to an April mobile phone survey showing he was polling better than Robredo.