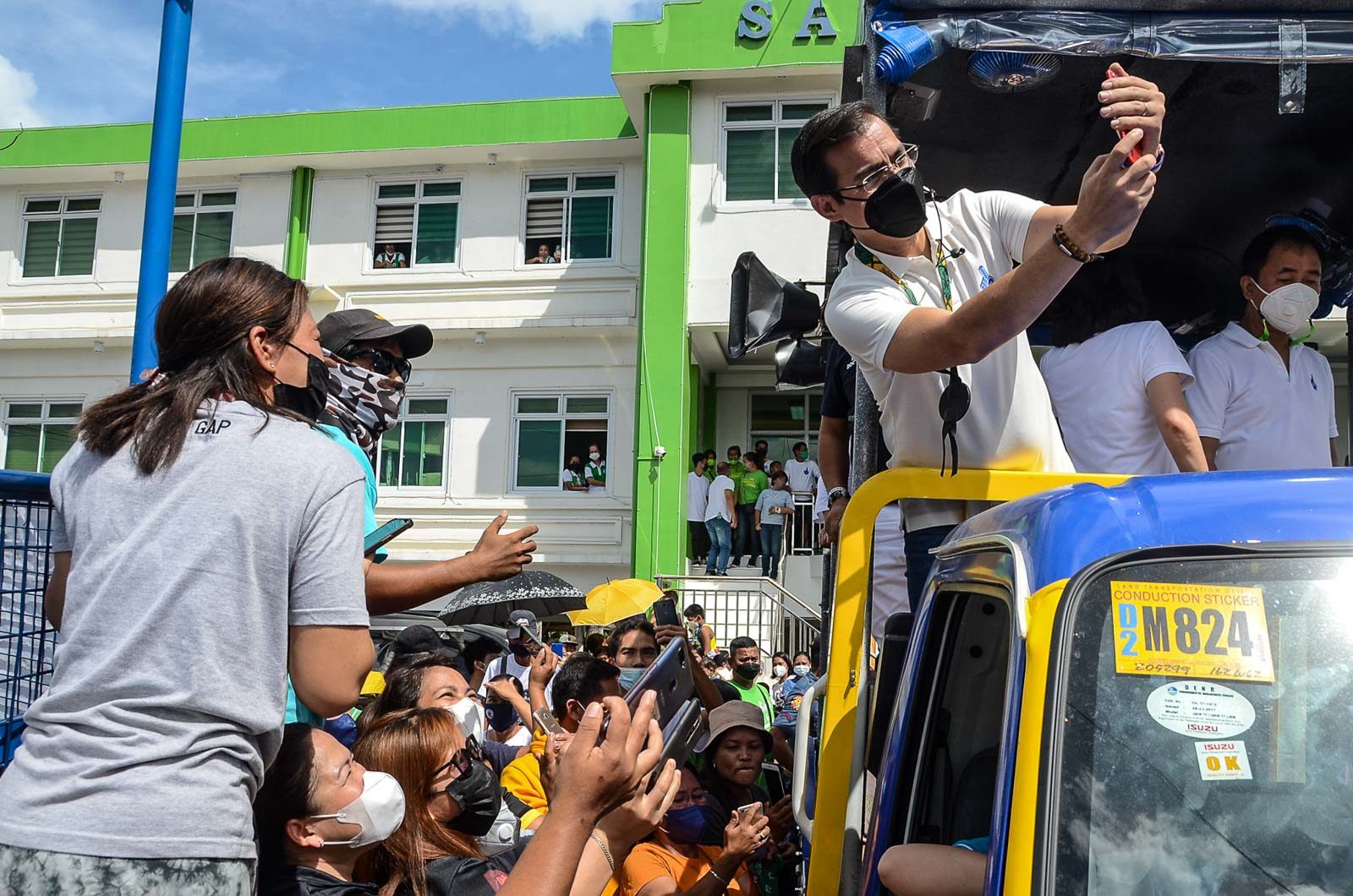 ROAD TO MAY 2022. Isko Moreno takes selfies during a motorcade in Laguna on February 10, 2022. Rappler

MANILA, Philippines – Manila Mayor and presidential candidate Isko Moreno took a swipe at his most formidable presidential rival Ferdinand Marcos Jr., saying the latter’s non-filing of income tax return (ITR) is something Filipinos should not emulate.

Moreno said this when asked to comment on the Commission on Elections 1st Division’s junking of petitions to disqualify Marcos for allegedly displaying “moral turpitude” when he repeatedly failed to file his ITR.

(I hope it doesn’t create instability in our life as a nation.)

He said the decision could be understood by some as condoning the non-filing of ITRs, which in actuality, is a crime.

(It might have a negative effect on some of our countrymen because they might just emulate that. This is something you should not copy.)

Still, he said he was confident that lawyers and legal experts would be able to explain to Filipinos the “real intention of the law.” 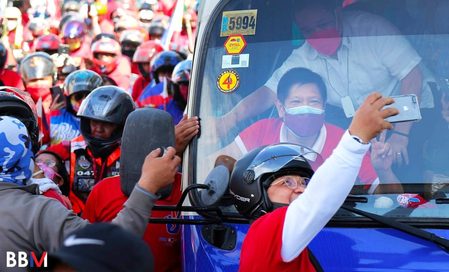 Vice President Leni Robredo, meanwhile, said failure to file tax returns is a crime given that Marcos had already been convicted of such in the Regional Trial Court level and Court of Appeals.

Moreno rarely comments, other than vaguely, about recent controversies involving Marcos. Even as he criticized the dictator’s son’s failure to file tax returns, he insisted Marcos was not his “enemy.”

“Good for him. Remember, we are not enemies. We are just competing with each other. Ang tunay nating kalaban ay yung nagpapahirap sa tao (The real enemy is what causes suffering to people),” he said.

In his proclamation rally last Tuesday, Moreno slammed both the Marcoses and the Liberal Party for representing the kind of elitist politics he says he seeks to upend.

It was an attempt to convince voters to pick him over Marcos and Vice President Leni Robredo, the two candidates ahead of him in voter preference surveys.

On Thursday, the day Rappler published its report on the Comelec division decision, Ernest Ramel, chairman of Moreno’s Aksyon Demokratiko party, threw a jab at Marcos too.

Ramel criticized Marcos for his “promises of unity when he actually represents discord, promises without any real ‘pruweba’ (proof), and motherhood statements.”

A Marcos disqualification would likely benefit Moreno. A December 2021 Pulse Asia survey showed that he is the top second choice of voters. Some 23% of respondents said they would vote for him if their top pick ended up not pursuing their candidacy. – With a report from Mara Cepeda/Rappler.com