WATCH: Isko Moreno, the Robin Hood of this election 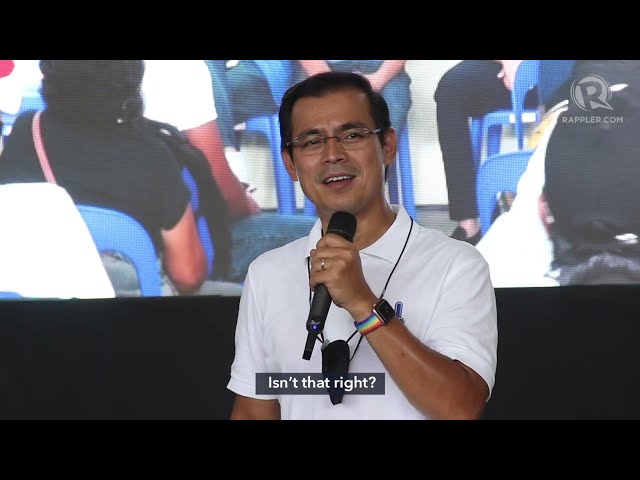 LUCENA CITY, Philippines – With less than 50 days before elections, Isko Moreno’s messaging in campaign sorties has evolved to communicate one thing: that this “Batang Tondo” (son of Tondo) is the candidate who will take from the rich and give to the poor.

It’s a classic populist move to brand one’s self as Robin Hood, the swashbuckling bandit in English folklore who outwitted the powerful and came to the aid of the lowly.

But recast in the plot of the 2022 national elections, the antagonist is presidential race front-runner Ferdinand Marcos Jr., who owes billions in estate taxes to the government. Rather than “steal” riches, Moreno would collect what is owed and give it out as aid to needy Filipinos.

In Lucena City and the more rural Candelaria town in Quezon, this was one of Moreno’s main talking points while speaking before urban poor, tricycle drivers, and vegetable sellers.

“P203 bilyon ‘yun. Ipamimigay ko ‘yon. Alam mo saan? Pambili ko ng fertilizer sa magsasaka (That’s P203 billion. I will give it away. You know where? I will use it to buy fertilizer for farmers),” said Moreno, as he bemoaned the higher prices of fertilizer bleeding farmers dry.

(You can buy a lot with P203 billion – right or wrong? Let’s do it differently. P10 billion each as aid for drivers of tricycles, jeeps, jeep operators, trucks, buses, sidecars.)

Moreno’s Quezon sortie came at the heels of his success in raising the profile of his demand for the Marcos estate tax debt during the first Commission on Elections presidential debate.

The Manila Mayor was warmly hosted by Lucena City Roderick “Dondon” Alcala who introduced him as “President Isko Moreno Domagoso” during the first pandemic-time flag-raising ceremony in Lucena City Hall. There were also tarps that read “Welcome President Francisco Moreno Domagoso” around the building and other parts of the city. But Alcala told Rappler during the ceremony that he is not yet officially endorsing Moreno’s presidential bid.

“They (candidates) are all ‘President,'” he said.

Alcala and his son were also present at Moreno’s town hall meeting with urban poor and tricycle drivers.

Quezon, a province of coconut plantations and ricefields, had seen its share of Marcos abuses and greed. Its many coconut farmers had to pay the coconut levy imposed by the regime, which ended up in the hands of Marcos cronies. Abuses and poverty then turned the province into a hot spot for communist recruitment. Some of these groups remain active in Quezon to this day. 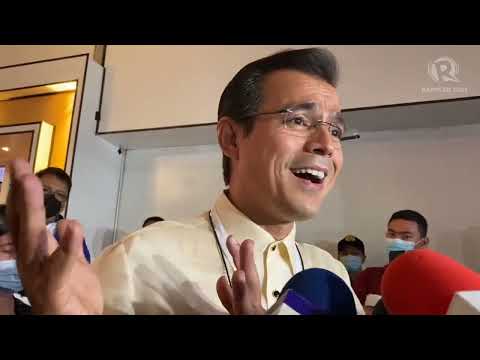 Moreno had no problem relating to his audience, a mix of Class D and E, the biggest socio-economic class in the country.

He spoke lightly about his teenage years as a pedicab driver in Tondo, how he relied not on gas but on his own sweat (“pawis steering,” a play on “power steering” using the Filipino word for sweat), and how he had nothing to eat if he didn’t work.

Moreno said that whenever he was hungry, he would just drink water then suck on a toothpick to trick his empty stomach.

(That’s why I am running for president because I noticed, it’s just the blessed ones who keep governing. It’s like they don’t understand our situation.)

Moreno found a way to talk about his many infrastructure projects in Manila, specifically the Bagong Ospital ng Maynila, a 10-story, fully-airconditioned public hospital that partially opened last January.

(Some said, why is that hospital too nice? That’s just for ordinary people. What? Only you can get a taste of Makati Medical Center? Why, if it’s for the poor, the building should just be so-so? Shouldn’t it exceed expectations?)

Populism amid a pandemic

Populist rhetoric has been used to great effect by countless Filipino politicians – like President Rodrigo Duterte himself and impeached president and former Manila mayor Joseph Estrada.

Moreno is sounding like the natural successor to this brand of politics.

Populist policies have become more acceptable during the COVID-19 pandemic, when many sectors agreed with the need for large-scale dole-outs for the poorest Filipinos and subsidies to worst-hit sectors. The health crisis was compounded by the Russia-Ukraine war which had contributed to rising prices of gas and goods.

Though he mouths populist lines, Moreno has also shown an affinity and friendliness to big business conglomerates, championing investor-friendly policies in Manila.

While he was poor in his youth, Moreno has since gained considerable wealth after a career in showbiz and two decades as a government official. In October last year, he admitted his net worth was already around P70 million. – Rappler.com