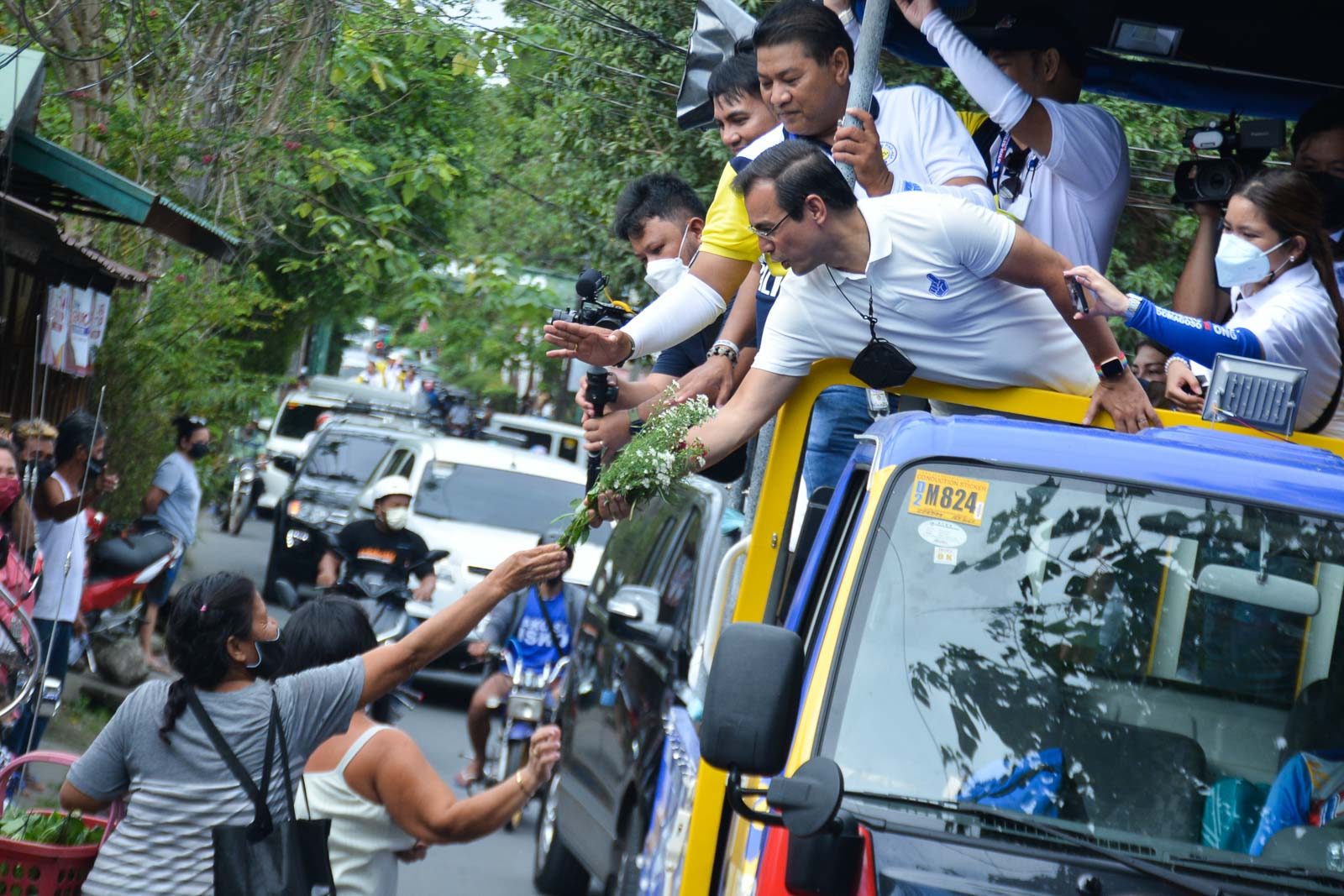 FLOWERS FOR ISKO. Isko Moreno goes around the country to drum up support for his presidential candidacy.

DAGUPAN CITY, Philippines – Manila Mayor and presidential candidate Isko Moreno said he would only release his most recent Statement of Assets, Liabilities, and Net Worth (SALN) if his rivals also decide to publicize theirs.

On Friday, February 18, after a town hall meeting in Dagupan City, Pangasinan, Moreno said he was willing to make his SALN public for transparency. But asked when he would give the document to reporters, he clarified that he had a condition. 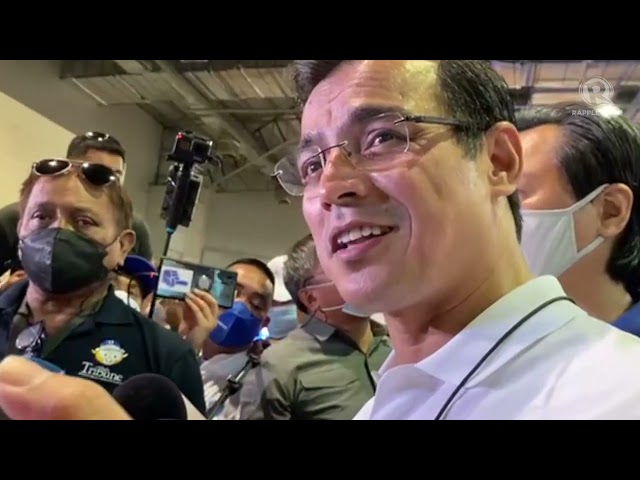 “No, the problem is, did you ask the same thing to them (other candidates)? Kung sabay-sabay kami, okay lang, walang problema (If we do it all together, that’s okay, no problem),” he told reporters.

Moreno fears that if he releases his SALN, others would put a “spin” on its contents.

“Would you allow somebody to be destroyed and create a spin on something that is not true or just to create an impression? Para sa akin, dapat pantay-pantay (For me, we should all be treated the same way),” he said.

Moreno’s response echoes that of his most formidable rival Ferdinand Marcos Jr. who said in January that the SALN could be used by political rivals.

(Every politician has a rival, they will always find something, they will create an issue out of nothing.)

If Marcos continues to withhold his SALN, then the situation Moreno is waiting for to publicize his SALN will never materialize.

Moreno has had to face repeated questioning about his decision in 2016 to keep P50 million in excess campaign funds for his senatorial bid. While the laws say what he did was legal, journalists have asked him about the ethics and propriety of his act.

Where are SALNs of other presidential bets?

President Rodrigo Duterte has refused to publicize his most recent SALNs, and the ombudsman he appointed, Samuel Martires, issued a new rule that SALNs will no longer be made public unless the official consents to it.

Moreno was told Vice President Leni Robredo has been releasing all her SALNs voluntarily to any person or group who asks for it. As for senators Manny Pacquiao and Panfilo Lacson, the Senate releases a regular summary of SALNs of senators but these summaries don’t contain all the information in the actual document.

On Friday, Moreno also said he would “strengthen” freedom of information policies in government. He did not give details but his 10-point economic platform does include open data governance.

(With God’s mercy, we might even strengthen it. Maybe, you never know what’s on my mind. If you want decency in government – we’ll try to win first then we’ll govern properly.) – Rappler.com