Isko Moreno on volunteer group defection: ‘This separates the men from the boys’ Facebook Twitter Copy URL
Copied
'He will proceed with the candidacy, he is not giving it up whatsoever,' says campaign manager Lito Banayo

MANILA, Philippines – Manila Mayor Isko Moreno was undaunted by the defection of a key volunteer group to Vice President Leni Robredo, saying he will see his 2022 fight till the end. 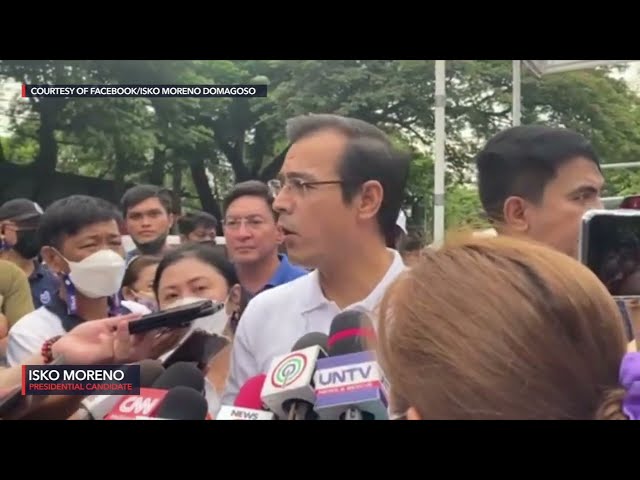 Speaking to reporters on Tuesday, April 12, in San Pedro, Laguna, hours before Ikaw Muna (IM) Pilipinas formally announced their switch, Moreno said the group’s decision clarifies who among his supporters are loyal to him.

“Maraming salamat sa kanila (Many thanks to them). I wish them all the best. And this separates the men from the boys,” he said.

(My fight is difficult but if the people don’t give up on their problems, what reason do I have for giving up?)

Moreno returned to his campaign refrain that he is offering himself to Filipinos as an “alternative” to Marcos and Robredo. He maintained that there are Filipinos who think voting either of the two will just perpetuate a cycle of political bickering and prefer a candidate who is not involved in that fight.

(This is not the fight of the reds and the yellows. This is about the life and future of our country and our countrymen. That’s why I am running for president.) Moreno said that if all he wanted was electoral victory, he would have just sought reelection as Manila mayor. He appealed to Filipinos to “give him a chance” to “heal” the country from political divisions.

Moreno’s campaign manager Lito Banayo told Rappler right after the IM Pilipinas press conference that the mayor is not giving up, even in the worst-case scenario of local political allies switching sides.

“He will proceed with the candidacy, he is not giving it up whatsoever,” said Banayo in a Rappler Talk interview. 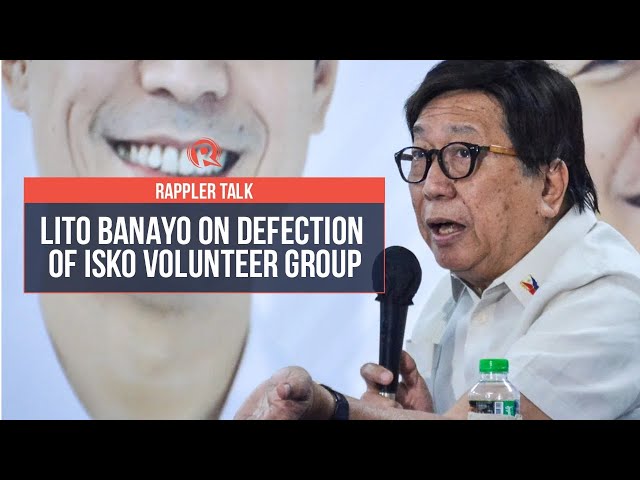 About IM Pilipinas leaders defecting, Banayo described them as people who prioritize winning.

“[Vice President Leni Robredo] is now in the best position to win this for us. This is not just the fight of the pink forces but of all the colors. Drastic measures must be taken at this point. We need to consolidate our troops,” he said in Filipino.

But Banayo rejected Orbos’ call for unification and withdrawals in support of Robredo. For Moreno’s camp, the call came too late.

“Let’s not talk about unity talks now because it’s too late for that, quite late for that,” said the veteran political strategist.

Despite the IM Pilipinas switch, morale remains “high” among loyal Isko Moreno volunteers, he added. They still believe there is time for Moreno to catch up and win Malacañang. – Rappler.com