Isko tells vote-rich Laguna: How many families can P203B feed? 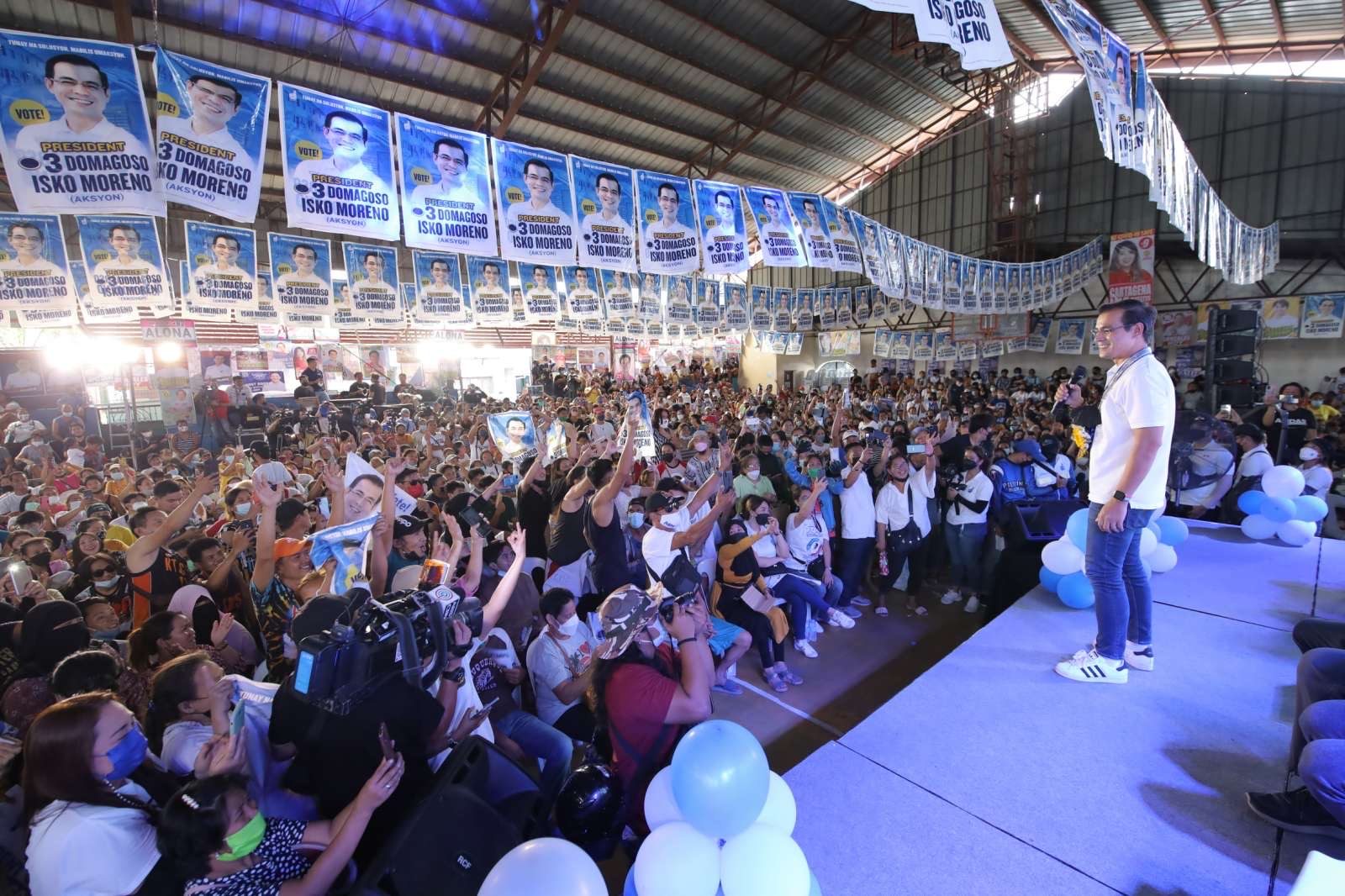 IN LAGUNA. Isko Moreno speaks in a covered court in vote-rich Laguna on March 23, 2022. Photo from Isko Moreno Campaign Team

They managed to draw a crowd that filled a covered court in Barangay Balibago in Sta. Rosa City. This is Moreno’s fourth time in Laguna, a province with over two million registered voters according to 2022 Commission on Elections data.

Pounding hard on his stump speech that voters should choose someone “different” from the usual political families, Moreno sought to highlight a particular family’s transgressions.

(What former senator Ferdinand Marcos Jr. said is that the people need jobs. If he only paid the P203 billion, we would have many jobs to give.)

During his speech before Laguna residents, he talked of how many families could be fed if the government could use the P203 billion in estate tax deficiencies the Marcoses have yet to pay.

(I made a simple computation if we could collect the P203 billion. We can feed, daily, 59 million people, if we assume that each Filipino consumes two sacks of rice in a year.)

WATCH: Isko Moreno, the Robin Hood of this election 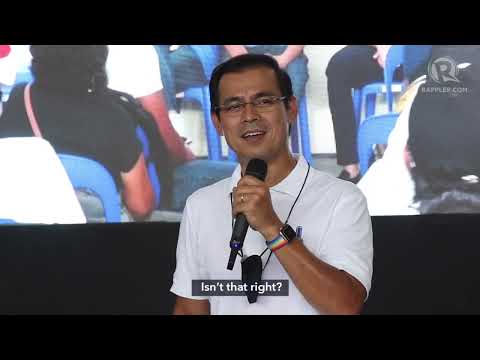 Moreno’s motorcade around the cities of Sta. Rosa, Biñan, and San Pedro in Laguna, drew people into the streets who waved at him, flashed their pointer fingers to the sky, or gestured with the “two joints” sign the Aksyon presidential bet has embraced as his own.

He is also scheduled to speak at a second town hall meeting in San Pedro.

It will be an uphill climb for Moreno in Laguna. Marcos won in this province in 2016, getting 441,154 votes in the vice presidential race. Moreno’s other rival for Malacañang, Vice President Leni Robredo, also found support in Laguna then, getting 390,541 votes.

While Laguna Governor Ramil Hernandez has not officially endorsed the Marcos-Duterte tandem, he was present in their two rallies in his province last March 11.

The Marcos-Duterte duo attracted a crowd in Sta. Rosa that dwarfed the audience Moreno gathered in the same city.

Moreno addressed the issue of large crowds amassing for his rivals by insinuating that some of the attendees of these rallies were repeat participants. This implies that the other presidential candidates, who he did not name, are speaking to the same audiences and are thus not as popular as “drone shots” make them out to be.

But the Manila Mayor admitted he can’t prove this because he himself was not present at these rallies.

(I don’t know because I was not there but there are rumors that it’s just the same people… What’s good about what they’re doing is they achieve a perception that they are strong because they are plenty in the drone shot.)

(For me, just give me the votes. They can have the picture.)

He took another swipe at his rivals, whose rallies have featured famous celebrities and musicians, saying “This is elections, not a concert, or something else.”

Last March 12, Moreno’s campaign manager Lito Banayo said they were undaunted by mammoth crowds recently showing up for Robredo, saying the Vice President and her campaign team are merely “preaching to the choir.” – Rappler.com