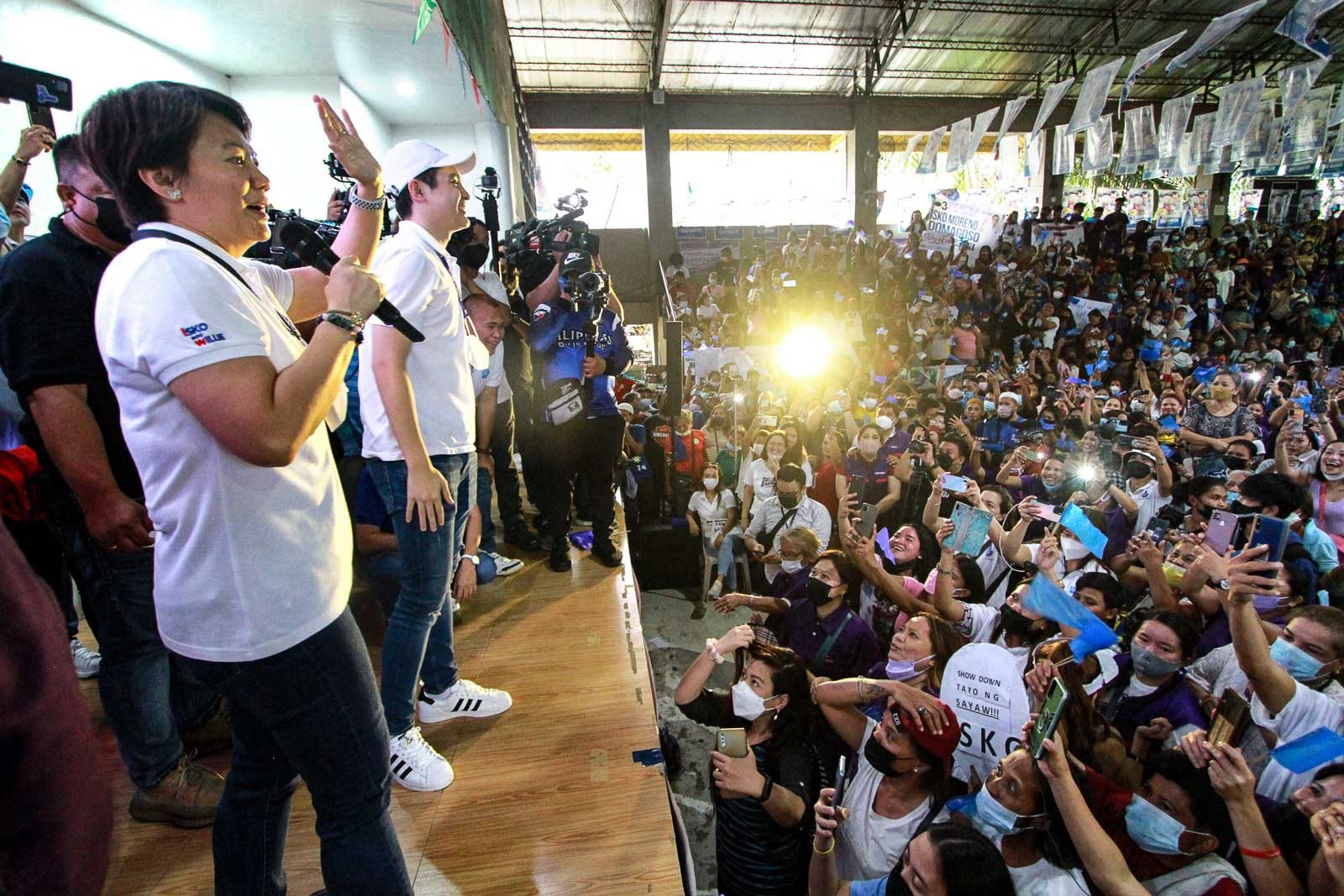 MANILA, Philippines – It was not Manila Mayor Isko Moreno who made the crowd cheer while dancing “Dying Inside to Hold You,” but his wife Diana Lynn or “Dynee” and son Joaquin Domagoso.

The mother and son team joined Moreno’s campaign events in Cebu, the country’s most vote-rich province, on Friday, April 8. In Guadalupe village, they went onstage to entertain the large crowd packed in the gym waiting for the Manila Mayor to arrive. 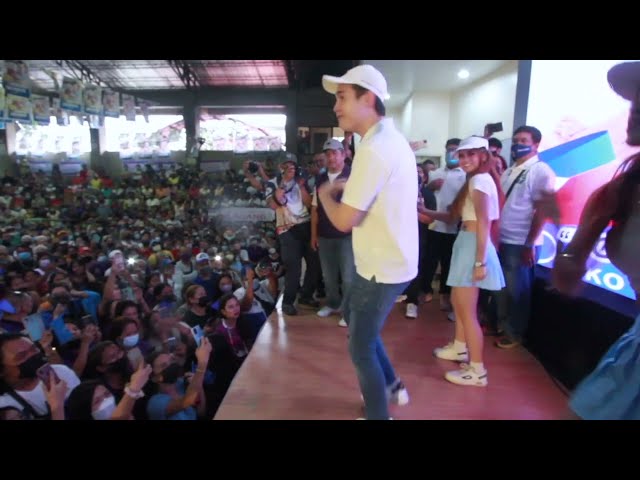 Twenty-year-old Joaquin, wearing a white “Switch to Isko” cap, proved just as talented at dancing as his father as he swayed to the Timmy Thomas hit often played in Moreno’s events.

Soon, he was joined by his mother Dynee, who executed the moves just as fluidly as him.

Girls could be heard shouting “I love you Joaquin!” Before their dance number, Dynee cheekily acknowledged her son’s effect on the crowd.

(Isko doesn’t even need to go here, even just Joaquin, it’s fine with you!)

“Hindi niyo ba nahahalata? Ako kamukha nito hindi naman si Isko eh! (Didn’t you notice? He takes after me, not Isko!) You look like me,” she said, turning to Joaquin with a smile.

Moreno ended up not making it to the Guadalupe Gym, his first event that day, disappointing some supporters there. But he was able to attend the second rally in Tinago.

Dynee said it was the bad weather that delayed her husband’s arrival in Cebu.

It’s the first time that Moreno’s wife and Joaquin joined him in one of his campaign period rallies. Back in January, Dynee had helped distribute relief packs in Southern Leyte after Typhoon Odette. Joaquin had hosted a virtual event with his dad’s supporters back in November 2021.

But Dynee, in a doorstop interview on Friday, said she has been representing Moreno in various events all over the country. Their eldest, Patrick Ditan, has also acted as a surrogate for his father in Visayas gatherings, she said. Their eldest daughter, Frances, has been doing house-to-house campaigning in Metro Manila on weekends, balancing it with school work. 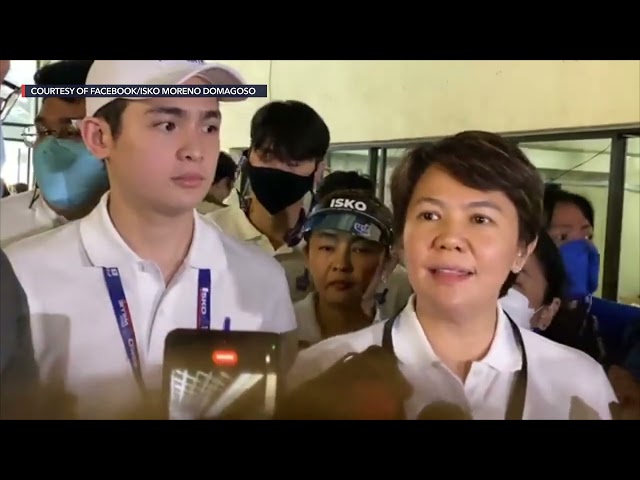 Asked about her role in her husband’s campaign, Dynee said she often helps the team from their campaign headquarters in Intramuros. She is also involved in handling campaign funds.

“Alam mo naman ang babae magaling humawak ng pera (You know how a woman is good as handling money),” she told reporters with a smile.

Asked what she feels about Moreno’s third-place ranking in the recent Pulse Asia survey, Dynee said the 8% rating is inconsistent with the kind of crowds her husband is able to draw.

(Do you feel the warmth of the reception here, is this what you call low in surveys? Maybe some are scared to show their preference. This is your chance to shout out who you want and Cebu was the first to show this.)

Joaquin said he was only able to return to campaigning for his father now after finishing up taping for his showbiz career (he’s signed with GMA Network).

Asked for the trait his father possesses which he thinks can bring him to the presidency, Joaquin said, “Compassion, empathy.”

“He knows what people feel, nararamdaman niya yung hirap so alam niya mga problema na kailangan tutukan (he feels their suffering so he knows what problems need to be addressed),” he added. – Rappler.com