SPEECH. The actor takes the stage at the Robredo-Pangilinan Pasay rally.

MANILA, Philippines – John Arcilla had an important reminder for Filipinos as the national elections draw near: they hold the power to choose the people who will serve them.

On Saturday, April 23, the award-winning actor took to the stage at the Pasay campaign rally of presidential candidate Vice President Leni Robredo and her running mate Senator Kiko Pangilinan to empower Filipinos and remind them of the crucial role they play in nation-building. 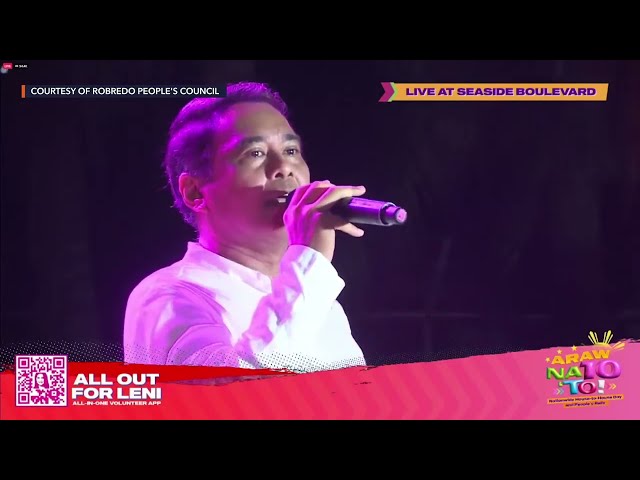 As he voiced his support for Robredo and Pangilinan, he emphasized that it’s the people’s duty and right to hold their leaders accountable, whoever they may be.

He went on to say that criticizing leaders comes from love of country.

Arcilla went on to name other presidential and vice-presidential candidates, including Bongbong Marcos, Isko Moreno, and Sara Duterte, giving examples of reasons why people are voting for them.

He said, however, that these reasons alone are not qualifications for being president.

Towards the end of his speech, Arcilla embodied one of his most famous characters, Heneral Luna, as he stressed the importance of putting the nation first.

Arcilla was one of many celebrities who made an appearance at the Pasay rally – which fell on Robredo’s birthday.

While they were not present in person, Daniel Padilla, Kathryn Bernardo, and Liza Soberano also appeared at the rally in videos pledging their support for Robredo and Pangilinan. – Rappler.com