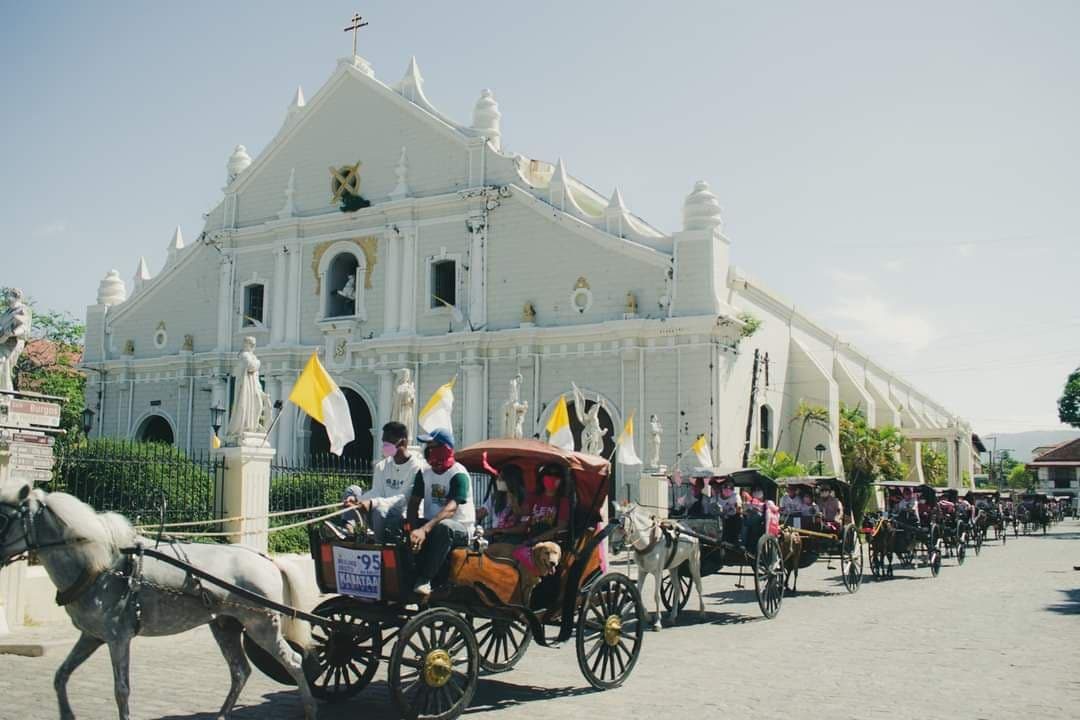 Volunteers for Vice President and presidential aspirant Leni Robredo and her running mate, Senator Kiko Pangilinan hold a calesa caravan around Vigan on February 8, the start of the campaign period for national candidates.

More than a hundred volunteers attended the opening and blessing of the campaign headquarters located on the grounds of the 148-year-old Villa Angela in Vigan City. A calesa caravan around the city came after the short program to formally open the center.

Emmeline Verzosa, former executive director of the Philippine Commission on Women, congratulated the volunteers and conveners of support groups “for having the courage to join the activity and show support for the Leni-Kiko tandem.”

She said their family offered a part of the place for the campaign to honor their family’s “history of participating in the struggle for democracy.”

In their unity statement, the group proclaimed their “unwavering support for VP Leni Robredo in her bid for the presidency.” They cited her sincerity and competence as a leader and public servant. They also underscored her “expertise in implementing poverty eradication programs.”

“She manifests courage in protesting against oppressive and exploitative systems in governance. She stands gallantly to uphold our sovereign rights in the West Philippine Sea. She shows unfaltering bravery in her quest for justice for the victims of human rights abuses and extrajudicial killings,” the group added.

Ilocos Sur People’s Council lead convener ZG Azurin said, “The challenge now is how to increase the volunteers and expand our campaign centers.” He said they are working on the system to make their existing machinery more efficient and effective.

“We want a distinct campaign. Besides campaigning for Leni, we also want to empower the people. We want to know their issues and inform them of the kind of governance that Leni is promoting to the people’s council, the bottom-up governance,” he explained.

Aside from growing the machinery, Verzosa said they need to find ways “to break the silence” of other Leni supporters.

“Some people [who support Leni] prefer to remain silent. We have to break that silence, find ways to give them courage so we can have more people to amplify the campaign,” she said.

“We set up this (campaign center) to show that we are here. It is a political call for kakampinks to come out and join us. We have a safe place here,” Verzosa added.

She said their campaign is not just about Leni but a call for Ilocanos to open their mind and “have the strength and courage to choose good governance.”

‘We choose a president whose courage inspires us’

In Ilocos Norte, the Ilocos Norte for Leni & Kiko Volunteers (INLoVE) explained why they are supporting the tandem instead of fellow Ilocano Ferdinand “Bongbong” Marcos Jr. in the 2022 elections, which they described as a “pivotal point in the country’s history.”

“We choose a president who leads by example and empowers us to be steadfast in the face of unrelenting abuse and mockery,” INLoVE said in a statement on Tuesday.

Zsazsa Raval, speaking on behalf of INLoVE, noted how Robredo had continued to show up and “overdeliver” even in the most difficult times.

“We choose leaders who have proven over and over again that, despite whatever is thrown at them – typhoons, earthquakes, volcanic eruptions, or the childish whims of a jealous underperforming superior, they exceed expectations and do better,” the group said.

INLoVE has been leading the opposition voice in Ilocos Norte against the bid of the Marcoses to recapture Malacañang. Despite being “few” in number, they said that they are a “huge crack in the so-called Solid North.

“And if need be, we will keep that crack open for the light to come pouring in,” INLoVE said. 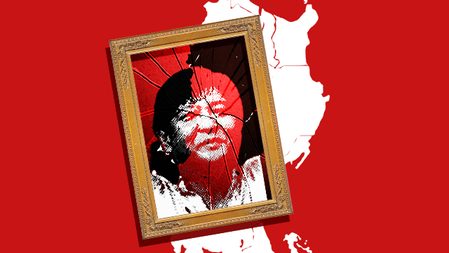 The group scored the kind of leadership displayed by the Marcoses in the local scene and their “lack of concern for the poor, the voiceless, and those on the fringes of society.” Their brand of leadership had been displayed by their “incompetence” in handling the local COVID-19 response and “other white elephant projects that remain useless to this day,” the group said.

“To speak openly against these evils in our own home province is deemed treason,” the group noted, but they decided to break their silence as they have seen so much “betrayal, treachery, and infighting among the leaders of our province.” Both Ilocos Norte and the capital city of Laoag are led by Marcos scions. (READ: Marcoses’ cousin says he’s been walking a road of treachery)

INLoVE said that they are standing firm on their decision to endorse another candidate even if it seen as a “traitorous” act in the home province of Marcos Jr.

“To remain silent in the face of blatant corruption and deceit is a disservice to the whole country,” they said.

“We will vote for a President who shows us how to give and not count the cost, to fight and not heed the wounds, to labor and not seek rest, and to give of ourselves and not ask for a reward,” INLoVE added.