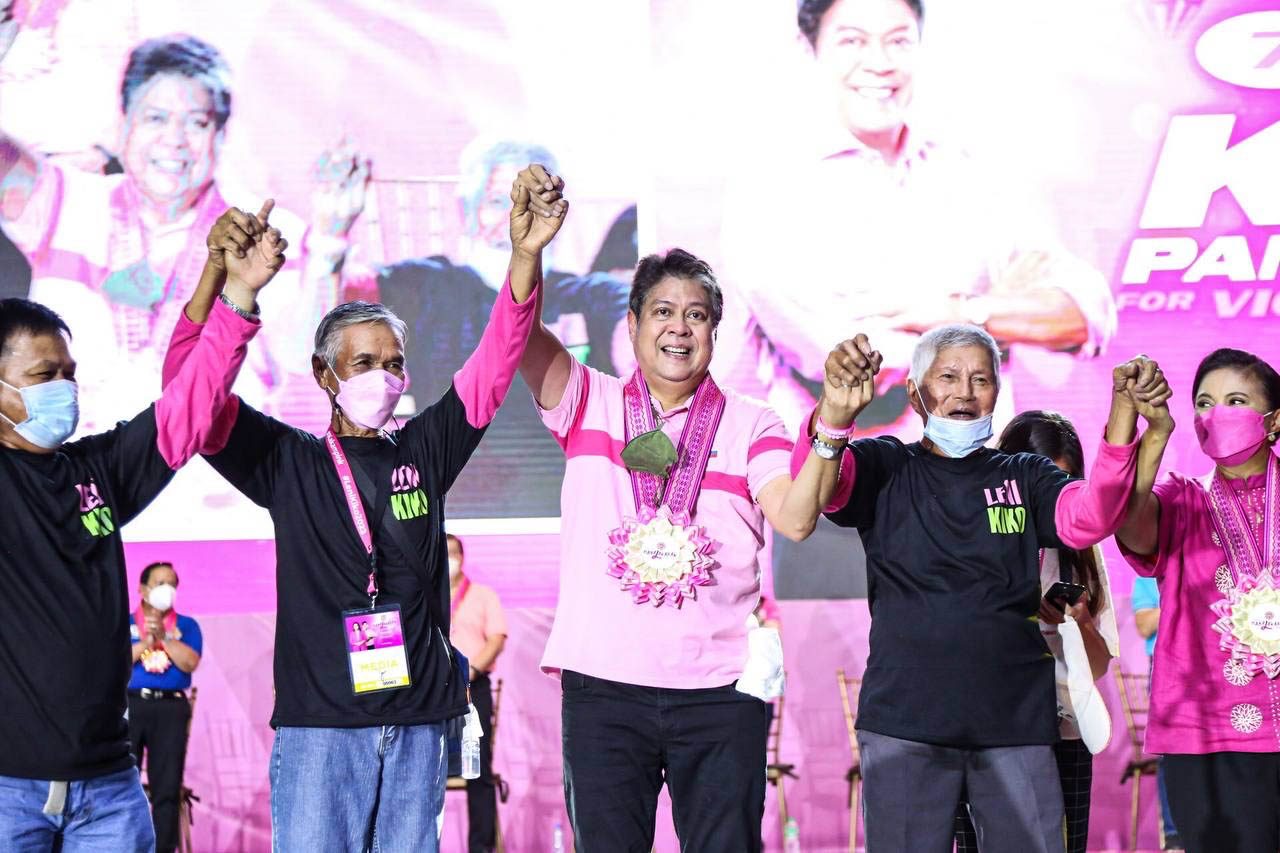 Facebook Twitter Copy URL
Copied
Instead of basking in the limelight, what does vice-presidential bet Senator Kiko Pangilinan do? He calls standard-bearer Leni Robredo to join him in that precious moment. 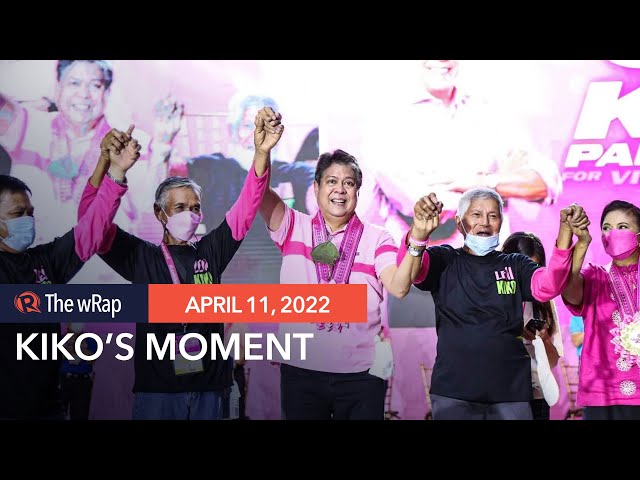 MANILA, Philippines – Senator Kiko Pangilinan, the opposition’s vice presidential candidate for the high-stakes 2022 elections, could not stop his tears from falling.

Pangilinan just wrapped up his speech before some 220,000 supporters of his tandem with presidential candidate and Vice President Leni Robredo in San Fernando City, Pampanga, when he heard his celebrity wife Sharon Cuneta speak from the back of the stage.

With a smile on her face, Cuneta told her perplexed husband that there was a group of people who love him dearly and who were hoping to raise his hands that Saturday night, April 9.

Pangilinan stopped in his tracks. He did not know what was coming next.

When Cuneta finally introduced the farmers from the village of San Nicolas, tears began streaming from Pangilinan’s eyes. 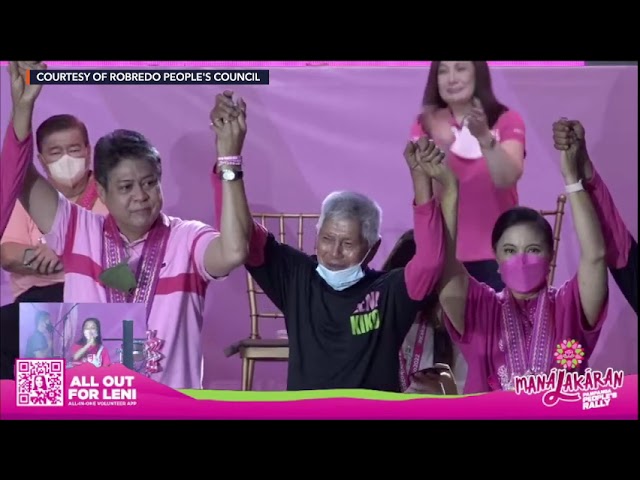 He knew them very well. They are the farmers he swore to fight for as he guns for the second highest position in the land on a pro-agriculture and food security platform. They hail from the wide plains of Barangay San Simon, the first group of farmers that Pangilinan featured in his “Biyahe ni Kiko” vlog series that he launched way back in February.

Pangilinan hugged Tatay Neg, then kissed his hands, humbled by the gesture of the farmers.

But instead of basking under the limelight, what did Pangilinan do? He went to his standard-bearer Robredo, who was sitting in the background. He wanted to share the precious moment with his presidential candidate, who continues to stand by him despite being paired with other vice presidential bets.

The San Nicolas farmers have heard the stories of politicians shunning Pangilinan on the campaign trail. So if these local lords would refuse to raise Pangilinan’s hands, then the humble farmers of Barangay San Nicolas will.

After raising the hands of the top leaders they want to elect in May, farmer Darren Simbulan got his chance to speak before the behemoth “Kakampink” crowd.

He said they willingly agreed to skip a day’s work to go the political rally. They were not paid to do so; they just wanted to show Pangilinan that the people he is fighting for will fight for him, too.

Seeing the groundswell of support for Robredo these past weeks, local politicians have started coming out to endorse her, even in areas known to be bailiwicks of her rivals. But many leave out Pangilinan in the process, prompting him to just stand in the background as Robredo gets the money shot.

In some cases, Pangilinan agrees to not just show up anymore, if only to help ensure these politicians would go all out in supporting Robredo.

The president of the once-ruling Liberal Party (LP) is making the ultimate sacrifice for Robredo in this elections. Pangilinan was supposed to seek Senate reelection, in what would have been an easy fight for him, as he was well within the so-called “Magic 12” in pre-election surveys then.

But knowing he had a responsibility to fulfill, Pangilinan agreed to be Robredo’s running mate after unity talks with other candidates fell through. 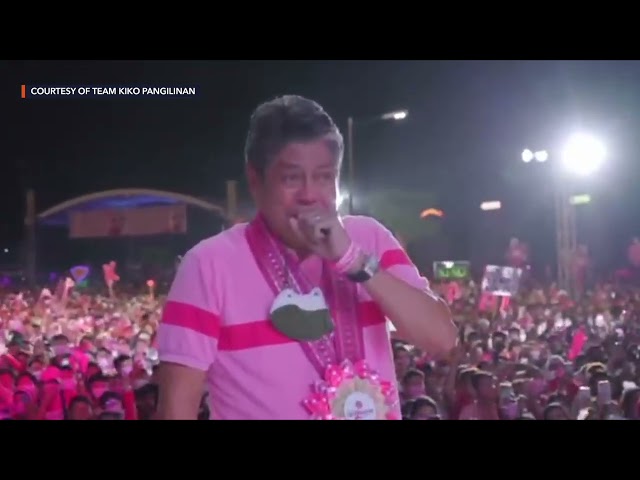 “This is a call of duty,” said an emotional Pangilinan in October 2021, as he explained why he stepped up not just for Robredo and the LP, but for the rest of the nation in 2022.

He continues to make tough decisions on the campaign trail to help lift up Robredo. “For Leni to increase, I must decrease,” said Pangilinan on March 30.

But that night in Pampanga, in a province where the dominant political dynasties have placed their bets on the other team, Pangilinan finally got the spotlight that many of his supporters say he deserved.

Standing tall and proud beside the farmers of San Nicolas, Pangilinan has given his rivals more reasons not to count him out in this race. – Rappler.com