The labor leader’s suggestion was supported by fellow candidates Vice President Leni Robredo, Senator Panfilo Lacson, and Faisal Mangondato. At the height of rising oil prices, Malacañang said they are studying the proposal to cut the working days in a week. 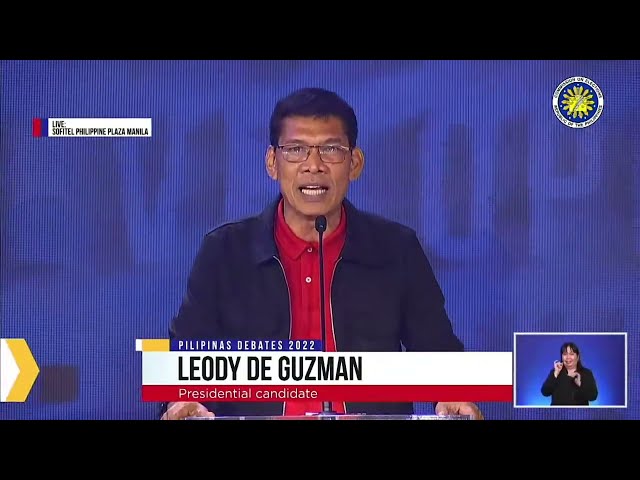 The National Economic and Development Authority proposed the reduction of the work week. On the side, the Department of Labor and Employment also proposed a P24-billion wage subsidy for private sector workers.

During an earlier debate organized by the CNN Philippines, De Guzman vowed to implement his “Labor First Policy” if he wins. The policy includes raising minimum wage and ending contractualization.

In addressing the “endo,” De Guzman said he would abolish manpower agencies.

On the question whether President Rodrigo Duterte’s “Build, Build, Build” program was a success, De Guzman said the government has become “worthless” because the infrastructure program did not solve the country’s basic problem.

(Worthless government! The basic needs of the people were not even met. That’s my view on this Build Build Build. We are now neck deep in debt.)

The labor leader added that the Build, Build, Build provided some benefits, but the program caused even worse problems. De Guzman also said he is in favor of suspending excise tax.