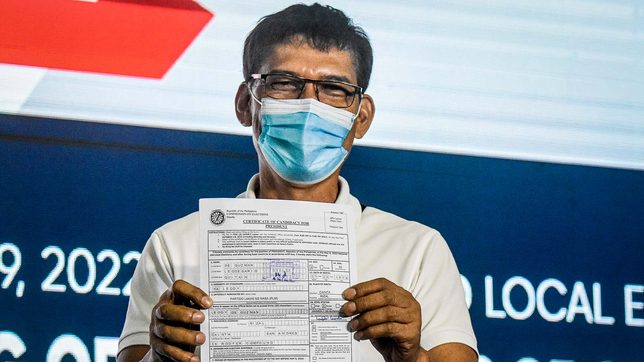 PRESIDENTIAL ASPIRANT. Labor leader Leodegario 'Ka Leody' de Guzman of the Partido Lakas ng Masa files his certificate of candidacy for President in the May 2022 elections, at the Sofitel hotel in Pasay City on October 6, 2021.

(It’s the reality, Jairo, that of all the presidential aspirants running, only VP Leni has not become an enabler of President Duterte. All of them were supporters of Duterte’s orders, of the president’s program, for more than five years.)

De Guzman runs under his party, Partido Lakas ng Masa, alongside retired professor Walden Bello. The two seek to be elected as top officials to promote “systemic change” and fight what they dubbed as the “Marcos-Duterte axis of evil.” 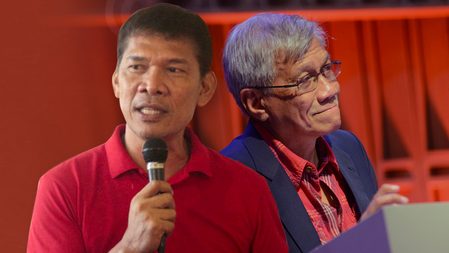 Robredo, the official standard bearer of the opposition, runs in a bid to put a stop to the  “anti-democratic, anti-rights, corrupt, and self-serving” kind of governance of Duterte and to block the return of the Marcoses in Malacañang. Although Robredo briefly served as the chairperson of Housing and Urban Development Coordinating Council under Duterte, she immediately resigned after serving for less than six months.

(In fairness to VP Leni, she never supported President Duterte that’s why we are closer to her. We have things in common against Duterte and the return of the Marcoses that should really be blocked.)

1Sambayan, an opposition coalition, sought the unification of the entire opposition against Duterte. In an interview at Pandesal Forum on October 18, De Guzman revealed that the opposition never talked to them.

The labor leader added that if only the opposition’s unity talks succeeded, he would not have run.

(I could have not run if we agreed with the platforms. If she would fight and ensure that she will not be like Duterte, who turned back in his vow to end contractualization.)

‘Duterte as poor was fake’

When asked about the difference between his campaign style and President Duterte, De Guzman said Duterte’s branding as poor was “fake.”

(Duterte’s was fake, mine is genuine. I am really a worker. I worked for 12 years in a garment factory in Pasig, in Aries Philippines. I was a factory worker.) 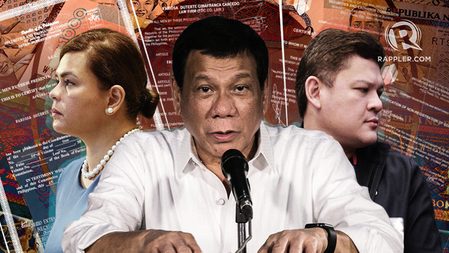 A report by the Philippine Center for Investigative Journalism in 2019 revealed that the Dutertes have an unregistered law firm, undisclosed business interests, and a rice import deal for creditors. – Rappler.com