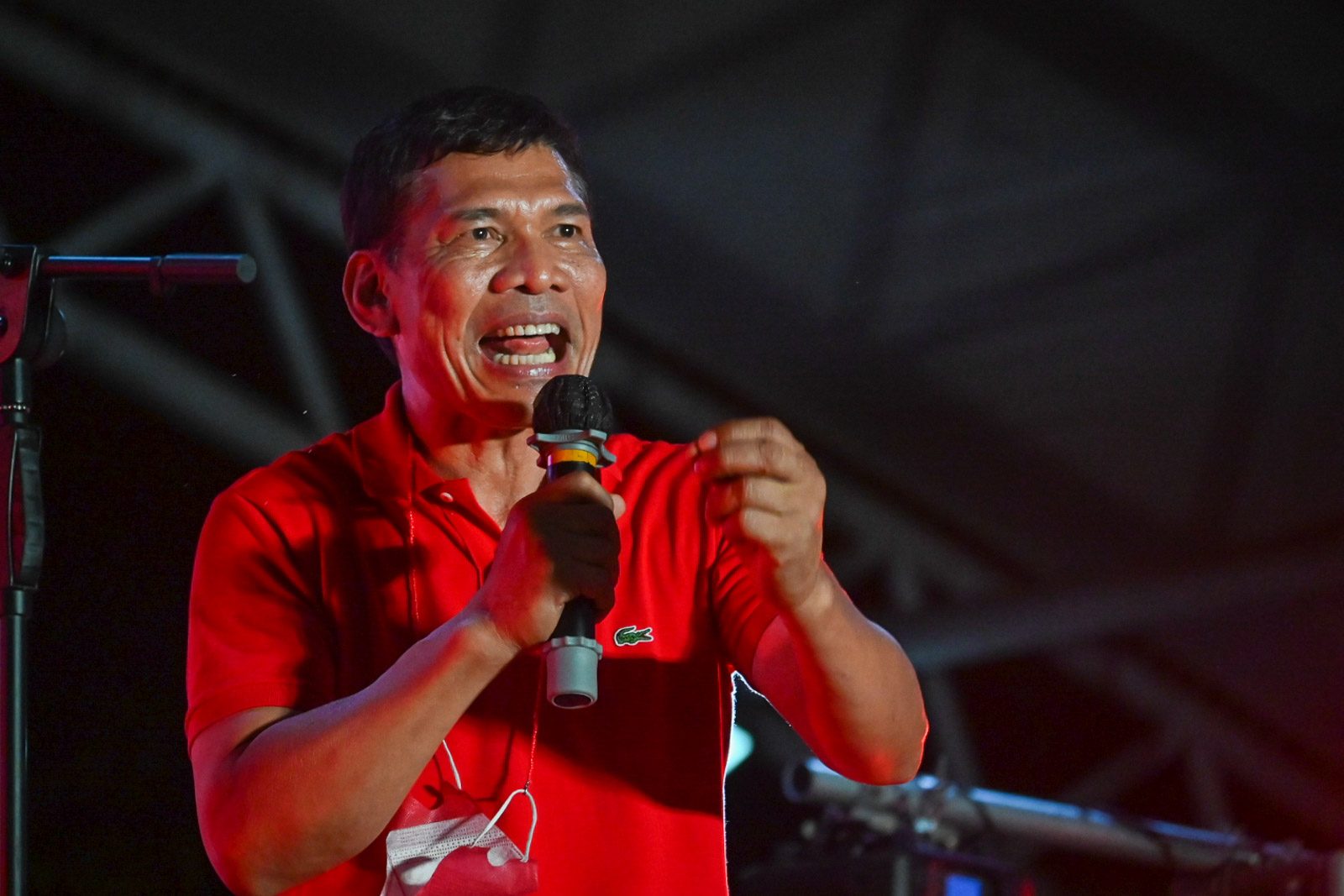 FINAL SWING. Partido Lakas ng Masa bets for the senate, party list and presidential candidate labor leader Ka Leody de Guzman end their campaign for the 2022 Philippine elections with a miting de avance at the QC Circle on May 4, 2022. 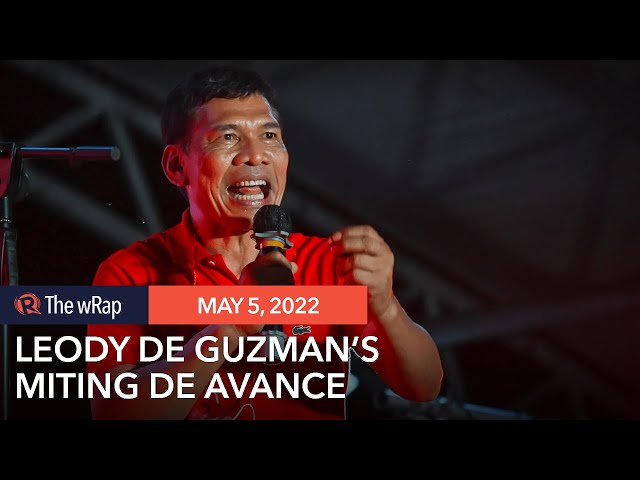 MANILA, Philippines – In his final show of force before the May 9 polls, labor leader and presidential candidate Leody de Guzman hit anew his so-called “elitist” politicians.

During his miting de avance in Quezon Memorial Circle on Wednesday, May 4, De Guzman told the voters that there is no hope with politicians who are famous and rich.

(My colleagues, if we are really seeking for change. If we are seeking for a better life for our children, a better future. There is no hope, there is no hope with those who are famous, flawless, with candidates who are from exclusive subdivisions.) 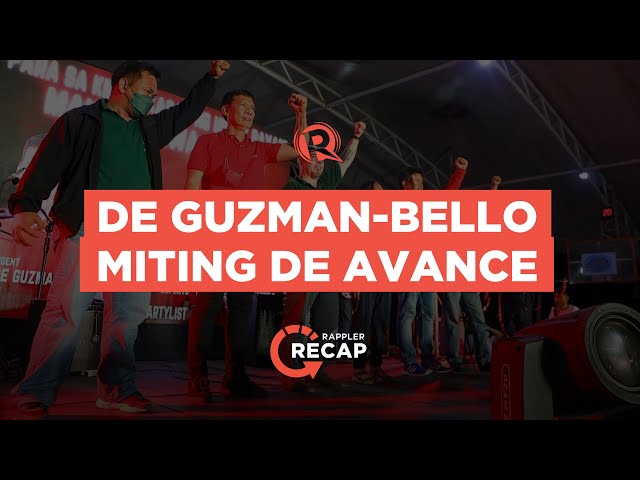 De Guzman, the standard bearer of Partido Lakas ng Masa (PLM), is running under his platforms anchored in political and economic reforms. His major platform is the “Labor First Policy,” which seeks to end contractualization and raise the minimum wage.

The labor leader’s miting de avance came a bit as a surprise because he held his final show of force a few more days before the election day. Usually, politicians will utilize up until the last days of the campaign period.

Despite holding his miting de avance early, De Guzman said he and his slate will still continue campaigning in different parts of the country. The labor leader also said he will campaign in his home province Rizal.

PLM Senatorial bets Luke Espiritu, Roy Cabonegro, and David D’Angelo each gave their speeches before their supporters. The three are the main bets under the PLM, which also caters to other guest candidates. 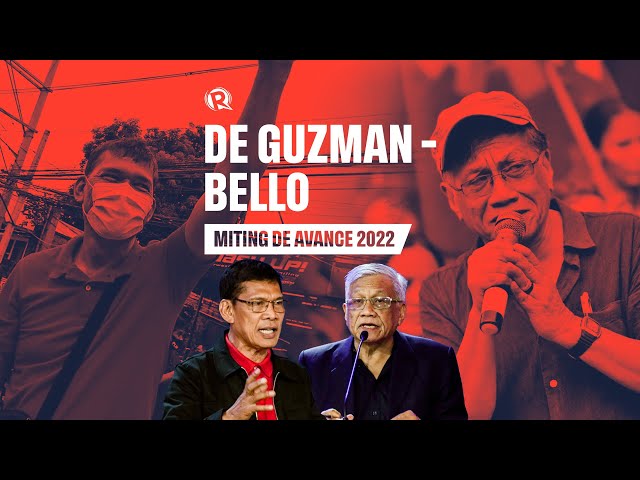 Aside from the endorsement of opposition coalition 1Sambayan, the two Senatorial bets are also guest candidates of De Guzman and Bello.

There is only less than a week left for De Guzman to woo more votes before the May 9 polls decide his fate. As per the last Pulse Asia survey, De Guzman lags behind other presidential bets with only 0.3 voting preference. – Rappler.com