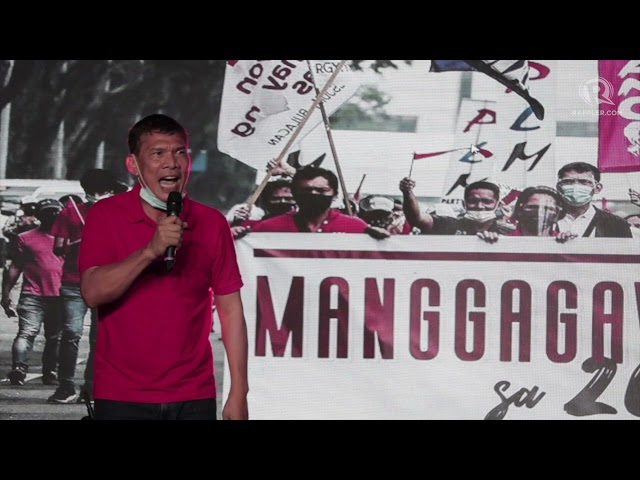 During the debate, De Guzman also maintained his proposed minimum wage of P750 for workers. The labor leader also suggested changing the dynamics on importation and exportation to protect the consumers and manufacturers.

In response to hiking oil prices, De Guzman proposed amending the oil deregulation law. The same proposal was made by his running mate Bello. The law reduced the Philippine government’s control on oil pricing activity and trade restrictions.

(Let’s do away with the oil industry’s deregulation law so that our government can set the prices of oil products.)

De Guzman immediately responded by highlighting the plights of the workers. According to the labor leader, the policy makers should make concrete plans to help the laborers. The labor leader also shot back at Montemayor for the latter’s claim that there was corruption among labor groups. De Guzman compared Montemayor to dictator’s son and presidential candidate Ferdinand “Bongbong” Marcos Jr.

(I thought Marcos was absent, but as it turns out, he’s here. Praising capitalists and attacking workers result in workers being attacked.) – Rappler.com