MANILA, Philippines – President Rodrigo Duterte and his friend, Kingdom of Jesus Christ (KOJC) leader Pastor Apollo Quiboloy, have both fostered a cult of personality, a phenomenon that voters should be wary of in the 2022 national elections.

Rappler journalists discussed in a Newsbreak Chats episode, aired on December 16, the dangers of having leaders who enjoy exaggerated devotion from their followers to the extent that their wrongdoings are tolerated or go unchecked. 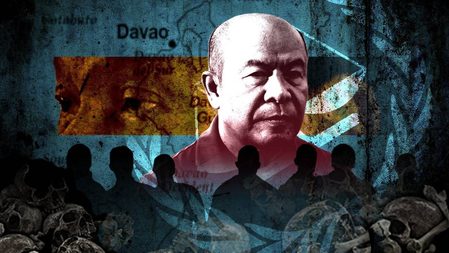 Gomez was answering a question on the lessons we can take going into the 2022 Philippine elections following what we had uncovered about Duterte ordering extrajudicial killings starting from when he was mayor of Davao City, and Quiboloy’s indictment over sex trafficking charges in the United States.

“And both of them, the two of them, are being seen by their followers, by a lot of people, as [a] messiah, savior,” Gomez continued. “Si Duterte, savior of the Philippines; si Quiboloy, savior ng followers niya. So I think dapat magbantay tayo dito sa tinatawag na cult of personality.”

(Duterte is the savior of the Philippines; Quiboloy, of his followers. So I think we should be wary of what is called a cult of personality.)

The American Psychological Association’s dictionary defines cult of personality as the “exaggerated devotion to a charismatic political, religious, or other leader, often fomented by authoritarian figures or regimes as a means of maintaining their power.”

It’s important for voters to scrutinize and study the qualifications of those they elect into office, said Gomez, instead of voting for the one person who they think can fix every problem. “It takes a society, or the three branches of government, to cooperate, to collaborate, in order to get things done. So ’yun po ilagay natin sa isip natin when we choose our leaders next year,” he said. (So that’s what we should keep in mind when we choose our leaders next year.) 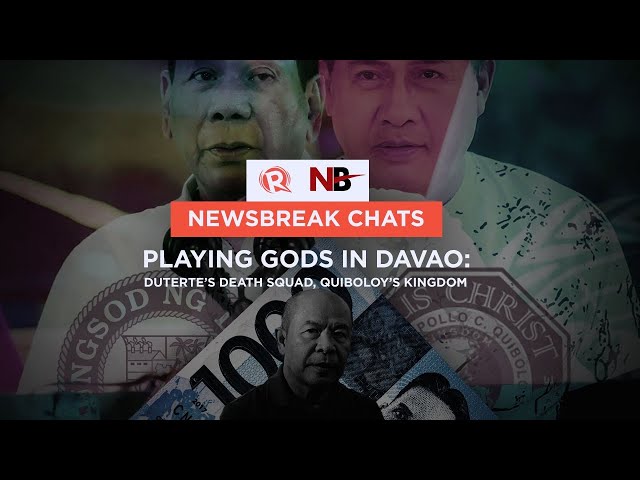 The ICC is investigating President Duterte’s nationwide drug war, which prosecutors say clearly follows the pattern of killings in Davao City when he was mayor.

Meanwhile, the allegations in Quiboloy’s indictment were corroborated by ex-KOJC members who spoke to Rappler.

Duterte and Quiboloy’s similarities were pointed out throughout the Newsbreak Chats episode. 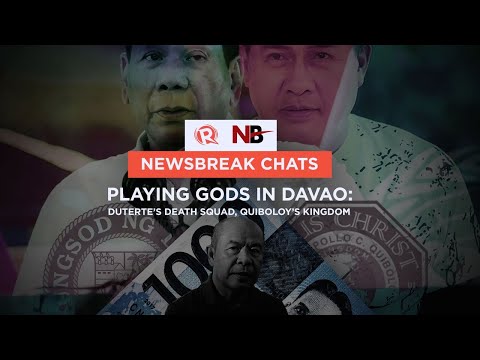 Rañada, who has been reporting on Duterte since he was on the campaign trail in 2016, spoke about how close Duterte and Quiboloy were. Quiboloy is Duterte’s spiritual adviser and had given the president gifts like properties, cars, and even lent him a private jet during his presidential campaign.

“And these two, both of them, use their charisma to devastating effect. We know that Quiboloy’s is the charisma of a religious cult leader, but Duterte is also a leader of a cult in a way – the cult of his personality [for which] a lot of his supporters…justify their bending of their own values to support Duterte,” she said in a mix of English and Filipino.

Varona noted how both Duterte and Quiboloy tapped into their followers’ desperation and manipulated them by presenting dramatic expressions of salvation. She said that, when it comes to candidates, sometimes slow, deliberate promises can be better than those made at a whim.

(And if you remember, their promises, eventually, somewhere along the way, what they tell their followers is, “You need to add more to the hell from which you came from in order for me to save you.” So it’s like the problem just went in a circle because eventually, it would become, “You need to accept this, so that eventually we will find salvation.” There is still no change.)

It’s the job of journalists to report on patterns like these, said Hofileña, reminding viewers how important it is for the media to do so in the lead up to 2022. “We’re always criticized for being negative, for criticizing our leaders,” she said. “Trabaho ‘yun eh. Kung hindi natin gagawin ’yung trabaho natin, hindi malalaman ng mga tao na ito pala ’yung abuses na ginagawa ng pangulo o ng head ng kultong ito.”

(That’s our job. If we don’t do our job, then people will not know that this is what the president or the leader of this cult is doing.) – Rappler.com