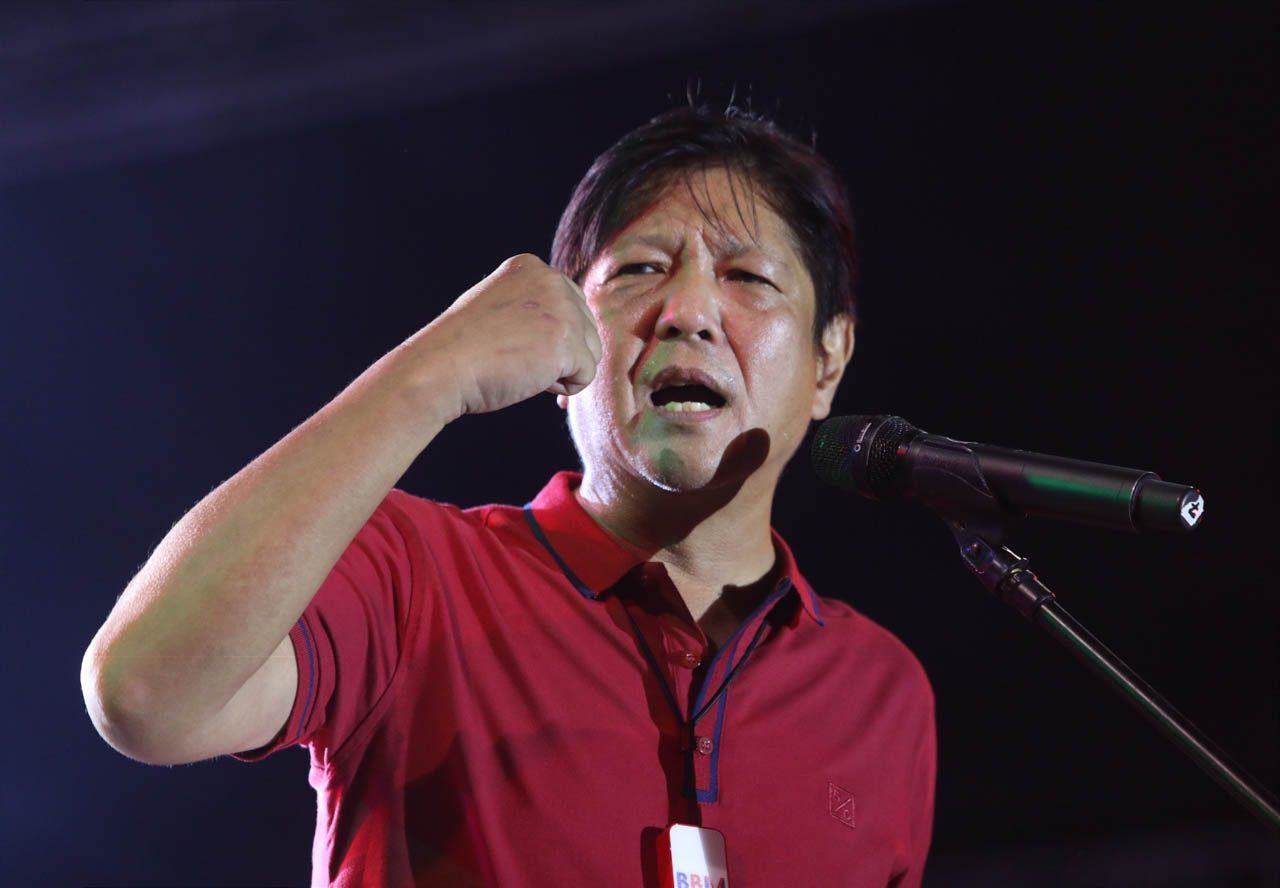 PRESUMPTIVE PRESIDENT. File photo of Ferdinand Marcos Jr. at the Uniteam Visayas Miting de Avance in Guimbal, Iloilo, on May 3, 2022.

MANILA, Philippines – Congratulatory messages from capitals across the world have started to come in for presumptive Philippine president Ferdinand Marcos Jr., whom Filipinos elected as the country’s 17th president.

Partial unofficial results from the Philippine poll body’s transparency server showed the late dictator’s son capturing nearly 59% of the vote – an insurmountable lead that was more than double that of his closest challenger, Vice President Leni Robredo.

Days after results of the 2022 Philippine election became clear, the United States, China, and Japan were among the first countries whose leaders recognized Marcos Jr. as “president-elect.”

Below are messages to Marcos Jr. from foreign governments: (We will update this story as more statements come in.)

“President Joseph R. Biden, Jr. spoke today with President-elect Ferdinand Marcos Jr. of the Philippines to congratulate him on his election. President Biden underscored that he looks forward to working with the President-elect to continue strengthening the U.S.-Philippine Alliance, while expanding bilateral cooperation on a wide range of issues, including the fight against COVID-19, addressing the climate crisis, promoting broad-based economic growth, and respect for human rights.”