FILE PHOTO. Voters look for their names on the voters list during the 2016 elections.

MANILA, Philippines – The Commission on Elections (Comelec) moved the deadline for the release of the computerized certified list of voters for the 2022 elections, citing logistics constraints.

The poll body’s new deadline to post lists of voters on the bulletin boards of city, municipal, and district halls, and Comelec field offices is now March 29, which is over a month later than its initial target date of February 8, as stipulated in the Comelec’s calendar of activities released in February 2021.

According to Comelec Resolution No. 10758 promulgated on Wednesday, January 26, but uploaded on the poll body’s website only on Friday, January 28, there was a “delay in the delivery of the continuous forms, A4 papers, and toners needed by the field offices” to print the voters list.

Republic Act No. 8189 tasks the Comelec to post a certified list of voters 90 days before a regular election, but the poll body noted it has clear authority under RA 9369 to “fix other periods and dates” if it is no longer reasonable to “observe the periods and dates prescribed by law.”

Because of the adjustments in schedule, the last day that election registration boards (ERBs) can meet to certify the lists of voters has been moved from February 3 to March 24.

During the verification and certification process, the names of voters are checked to spot potential discrepancies.

Civic organizations, non-governmental organizations and political parties can observe and witness the ERB proceedings, as long as there is strict adherence to anti-coronavirus protocols. 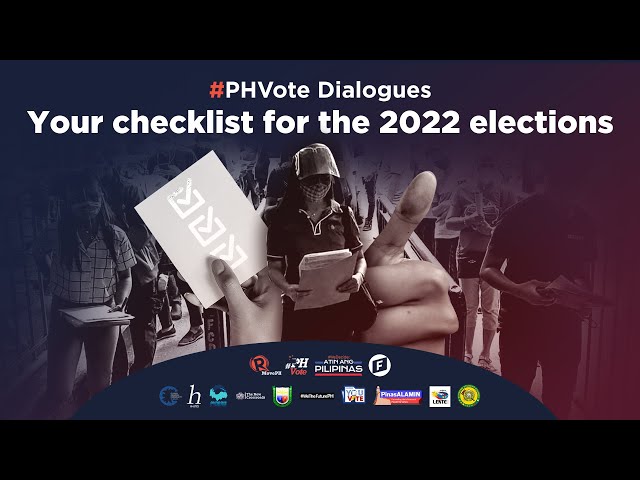 Members of the ERB, electoral board members, and a representative of the Parish Pastoral Council for Responsible Voting (PPCRV) are in charge of certifying the election day computerized voters list (EDCVL).

The May 9 vote will be the first major electoral exercise to be conducted in the Philippines amid the COVID-19 pandemic.