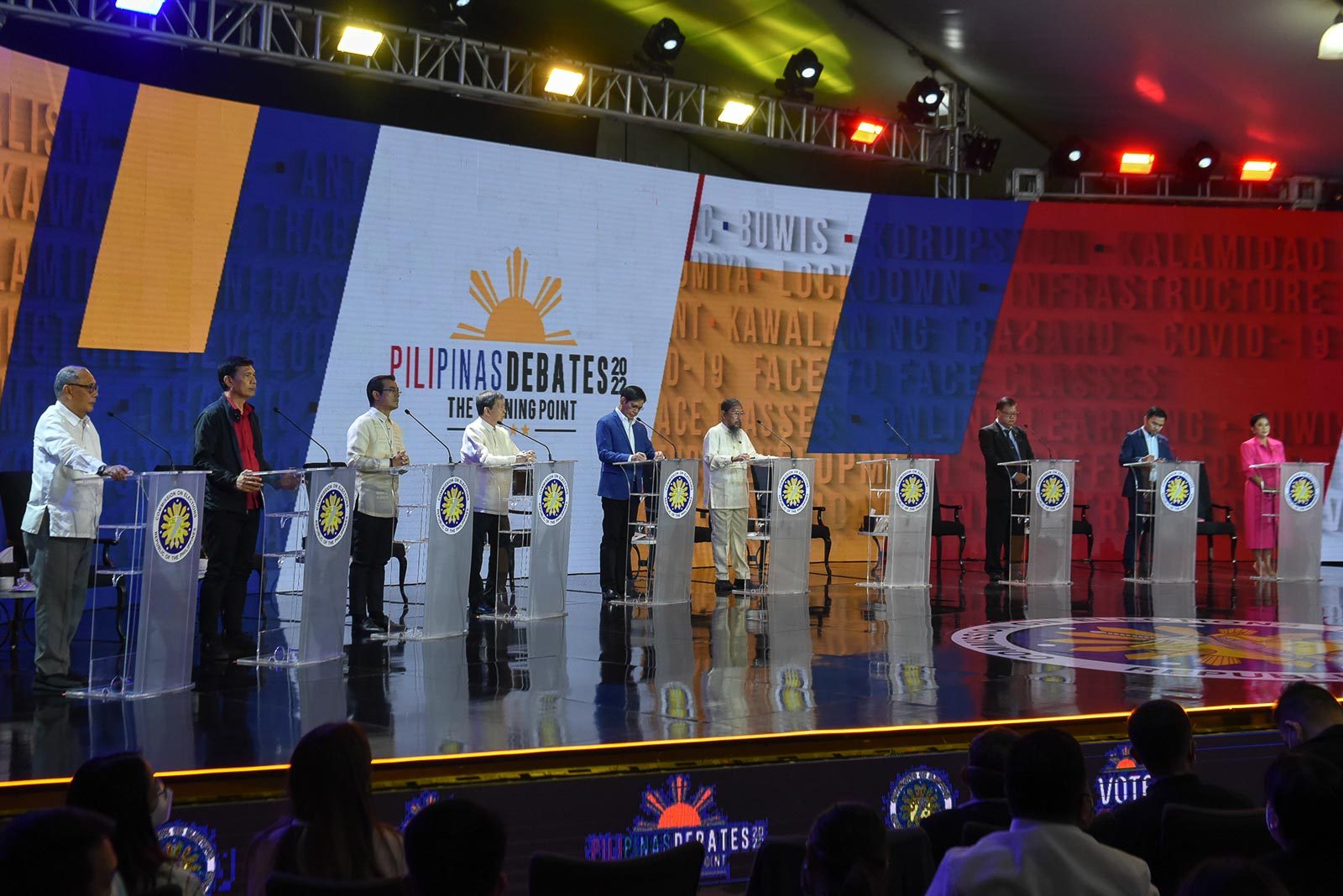 DEBATE. Presidential candidates pose for a photo op before the start of the 2nd Comelec presidential debate at the Sofitel hotel in Pasay City on April 3, 2022.

MANILA, Philippines – Only six presidential candidates accepted the Commission on Elections’ (Comelec) invitation to a televised interview, which is the poll body’s clutch replacement of the botched last two debates that were supposed to take place on April 23 and 24.

All of the confirmed attendees are survey laggards in the presidential race, with Senator Manny Pacquiao being the most high-profile among the six.

The other five – businessman Faisal Mangondato, former presidential spokesman Ernesto Abella, physician Jose Montemayor, labor leader Leody de Guzman, and former defense chief Norberto Gonzales – have survey numbers that have yet to go above 1%, based on the March survey of pollster Pulse Asia.

Vice President Leni Robredo, Manila Mayor Isko Moreno, and Senator Panfilo Lacson, who previously took part in the Comelec debates, did not confirm their attendance in the Comelec’s interview series, due to conflict of schedules, poll commissioner George Garcia said on Friday, April 29.

The rest of the participants are survey laggards: former congressman Walden Bello, pro-life advocate Rizalito David, economist Manny Lopez, and lawyer Carlos Serapio. Bello was not initially included in the final list of attendees, but the Comelec said he confirmed his participation to the Kapisanan ng mga Brodkaster ng Pilipinas (KBP) before the Friday deadline.

The interview series, slated to air from May 2 to 6, is in partnership with the KBP, which rescued the Comelec after the poll body was left no choice but to cancel the last two debates.

Candidates have three options on how they want to be interviewed: live and in-person, live and via teleconference call, or taped as live.

The Comelec also promised that the forum will not feature “PR-type interviews”, as the panelists tapped by the KBP are among the most respected in the media industry.

The airing schedule can be seen below:

This events’ planning nightmare for the Comelec is the result of its bungled partnership with Impact Hub Manila, the debate contractor embroiled in an issue over a P14-million debt to debate venue Sofitel. 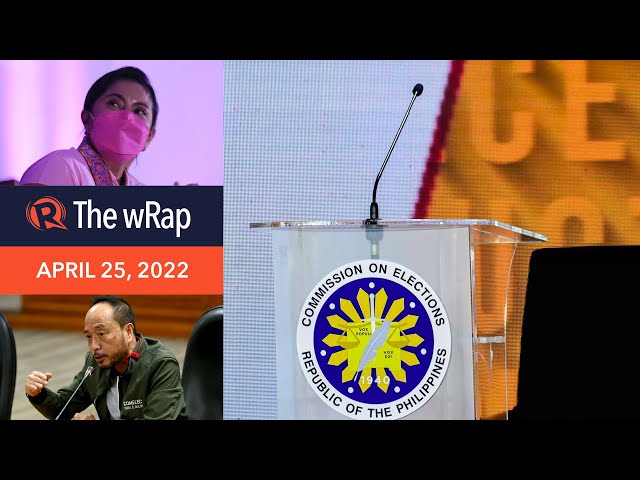 Checks to Sofitel signed by Impact Hub Manila chief executive officer Ces Rondario were allegedly “dishonored” by the banks “for being drawn against insufficient funds.”

Impact Hub Manila was legally obliged to pay Sofitel a total of P20.595 million in four tranches from March 16 to April 20. But as of April 20, Sofitel had yet to receive P14.095 million.

The Comelec insisted no funds were released to Impact Hub Manila, after a P15.3-million purchase request for the startup signed by some poll officials was leaked to the media.

That’s even as the Comelec is not supposed to spend even a single centavo for the debate, based on the memorandum of agreement entered by the two parties in March.

Comelec Commissioner Rey Bulay, who is leading the investigation, sought the temporary relief of Comelec spokesman James Jimenez and his deputy, director Frances Arabe, over their role in the failed partnership. – Rappler.com