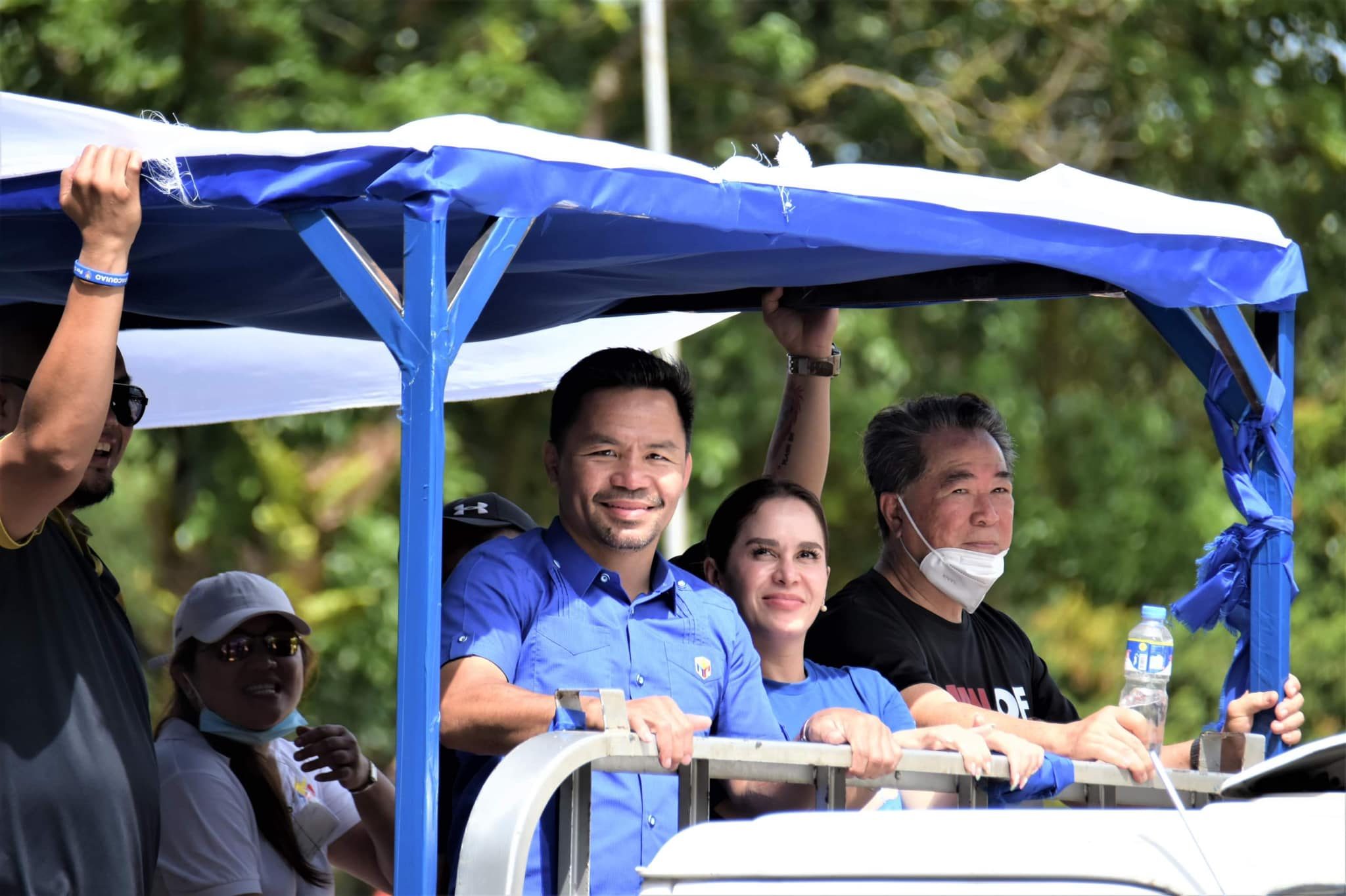 Pacquiao, who was in Negros Occidental on Friday, April 1, said he will not endorse a local candidate who is not from his party. He filed his certificate of candidacy under the Progressive Movement for the Devolution of Initiatives or PROMDI.

Benitez, a colleague of Pacquiao in the 16th Congress, has already declared his support for the boxing icon’s opponent, former senator Ferdinand Marcos Jr.

Leonardia has yet to publicly name his presidential candidate although he is a member of the Nacionalista Party, which also endorsed the dictator’s son.

At the height of Pacquiao’s years as world boxing hero, Leonardia was a frequent sight in television footage, holding up the champ’s belt.

Pacquiao’s failure to drop by the Bacolod City government center to meet with Leonardia fueled speculations of a rift between him and the mayor, which he denied.

“I didn’t set the schedule,” he said, adding that the mayor remains a friend. The presidential aspirant said he made a phone call to his “kumpare” Leonardia on Friday morning.

Former Bacolod mayor and congressman Mónico Puentevella, long-time rival of Leonardia, is campaigner and spokesperson of the boxing icon-turned politician.

Puentevella’s son, Kalaw, is running for a council seat under Benitez’s Team Asenso.

A day before Pacquiao visited Negros Occidental, he met with Benitez in Iloilo City. His spokesperson shared a photo of their meeting with the local media.

When Rappler asked Benitez what he and Pacquiao talked about during their meeting, the mayoral aspirant said, “flotation of LGU bonds.” He did not elaborate and did not answer follow up questions.

During Pacquiao’s visit to the province, he made a series of stops in different localities to meet his supporters.

He also made a courtesy call to Governor Eugenio Jose Lacson, a supporter of presidential candidate and Vice President Leni Robredo, at the Provincial Capitol in Negros Occidental’s capital city, as well as to Mayors Neil Lizares of Talisay City and Mark Golez of Silay City, both backers of Marcos.

Pacquiao said he doesn’t ask for support from the incumbent officials as they are free to back anyone they want, but he will be grateful if there are current officials who will endorse his bid. – Rappler.com