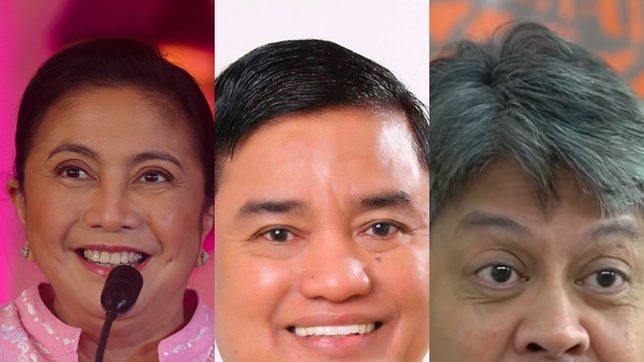 Muntinlupa Mayor Jaime Fresnedi is throwing his support behind presidential aspirant and Vice President Leni Robredo, making him the first local chief executive in Metro Manila to endorse a presidential contender in the 2022 elections.

In a statement on Monday, October 25, Fresnedi vouched for the sincerity and competence of Philippine opposition leader Robredo and her running mate, Senator Francis “Kiko” Pangilinan.

“I’m supporting VP Leni for President and Senator Kiko for Vice President, believing na silang dalawa ay karapat-dapat (the two of them are worthy) to be the leaders of the 110 million Filipinos,” said Fresnedi.

Fresnedi’s support for the Robredo-Pangilinan tandem comes as no surprise because he is a member of the once-ruling Liberal Party (LP), where Robredo is chairperson and Pangilinan is president.

Fresnedi was also the lone mayor who appeared on stage with the senatorial bets of the LP-led Otso Diretso slate in the 2019 midterm polls, where the opposition was wiped out in the Senate race.

Robredo, one of the staunchest critics of President Rodrigo Duterte, is seeking the presidency as an independent bet, while Pangilinan is running for VP under LP.

Fresnedi, meanwhile, is gunning for a congressional seat for the lone district of Muntinlupa under his local party, One Muntinlupa.

Robredo plays the long game for 2022 The Muntinlupa mayor earlier partnered with the Office of the Vice President (OVP) for its Metro Laylayan initiative to provide various forms of assistance to urban poor communities.

The OVP also gave P5 million worth of coronavirus test kits to Muntinlupa to augment the city’s supply during the pandemic.

Fresnedi is the latest politician in the recent weeks to voice support for Robredo, who mounted her presidential bid on the second to the last day of filing of candidacies last October 7.

Other incumbent officials who have endorsed Robredo for 2022 so far include the following:

Three years ago, it was unthinkable for local officials to even be seen in public with Robredo, who has been the subject of persistent attacks from Duterte himself and his supporters. – Rappler.com

COVID-19 jabs in Muntinlupa risk spoilage due to storage issues