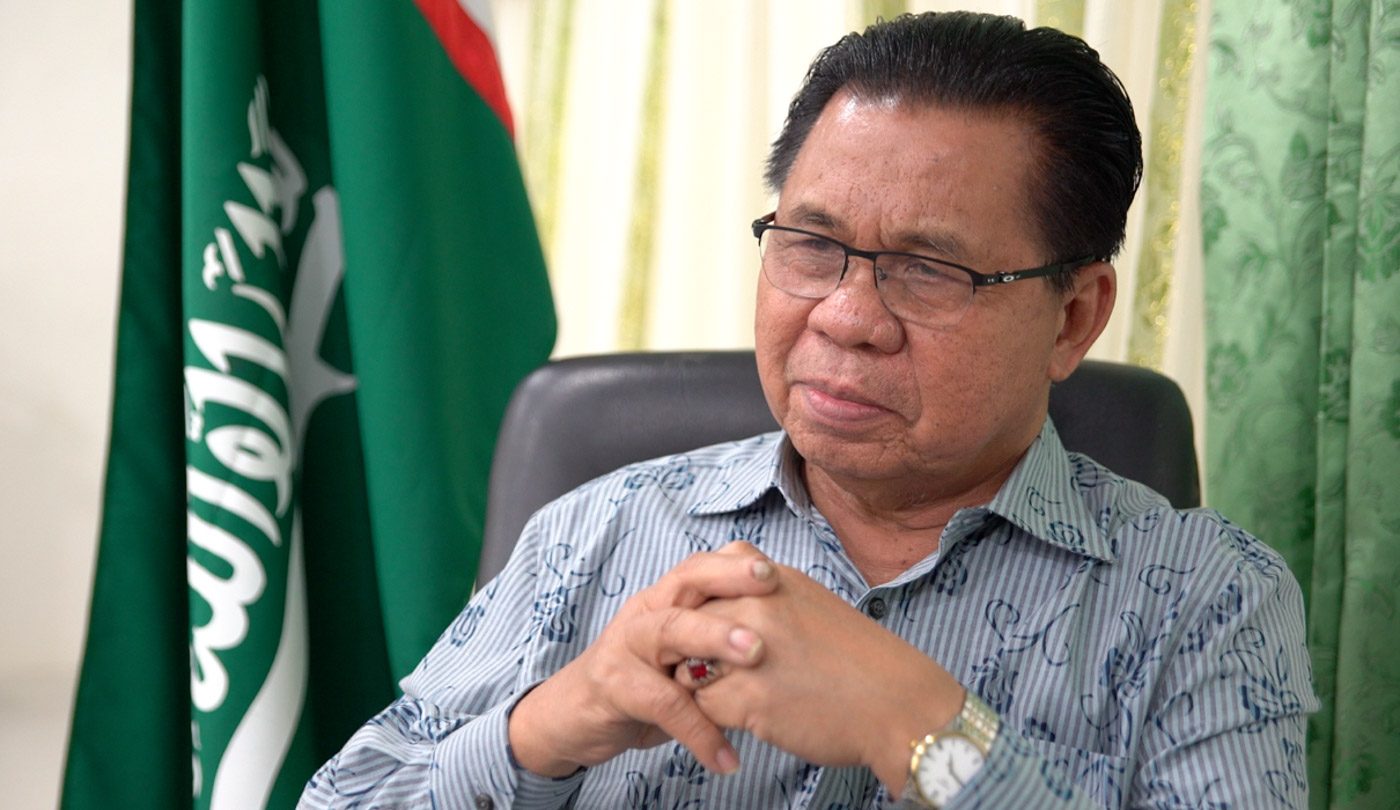 FOR SARA. Bangsamoro Interim Chief Minister Murad Ebrahim says he is backing Sara Duterte for president should she seek the post.

In a message bearing the official Bangsamoro interim government’s letterhead and posted on its official Facebook page on Monday, October 4, Murad said he would be backing the candidates endorsed by President Rodrigo Duterte.

“The Government of the Day of the Bangsamoro Transition Authority expresses its strong support to President Rodrigo Roa Duterte’s choices of next leaders, and Mayor Sara Z. Duterte should she run for the highest position of the land,” said Murad.

The Duterte-appointed chief minister expressed confidence that Sara will “continue the legacy of peace and commitment to progress in Mindanao, especially in the BARMM,” referring to the Bangsamoro Autonomous Region in Muslim Mindanao.

Murad’s declaration comes at a time when the bill postponing the Bangsamoro region’s elections to 2025 is awaiting President Duterte’s signature. If Duterte signs this, an interim government would get another three years at the helm of the fledgling region.

Not campaign period yet

Is Murad’s declaration considered partisan political activity that violates the code of conduct for government officials and election rules?

According to Civil Service Commission commissioner Aileen Lizada, this is not the case simply because it is not technically campaign period yet.

“It’s still not campaign period. As held by Penera vs. Comelec G.R. 181613, election offenses may only be committed during campaign period,” Lizada told Rappler.

In Penera vs. Comelec (G.R. No. 181613, November 25, 2009), the Supreme Court held that a person who files his certificate of candidacy shall only be considered a “candidate” at the start of the campaign period.

Election lawyer Emil Marañon III, in a piece for Rappler, explained that this means “partisan political activity” is a “legal impossibility” until February 22, 2022, the campaign period for national posts and March 25, 2022 for local posts.

Can Murad and his Cabinet make similar declarations during the campaign periods without committing an election offense?

This is not clear-cut since, as Lizada pointed out, Murad’s position is “peculiar or unique.”

Murad and his Cabinet are not elected officials. They were all appointed to the BTA by President Duterte.

The government officials who are exempt from the political neutrality rule are those who hold “political offices,” which Quinto vs. Comelec (G.R. No. 189698, February 22, 2010) defined as “elected public officials,” who, “by the very nature of their office, engage in partisan political activities almost all year round, even outside of the campaign period.”

The Joint Resolution No. 1600298 of the CSC and Comelec further specifies political offices exempt from the neutrality rule as the following:

The BTA interim chief minister is not a Cabinet member, nor is he an elected public official.

Sara Duterte has said she has no plans of running for president in 2022 and even filed her candidacy for Davao City mayor last Saturday, October 2.

But talk of her possible presidential run was reignited after her father, President Duterte, announced he is dropping out of the vice-presidential race and would support her tandem with his trusted aide Senator Bong Go. – Rappler.com