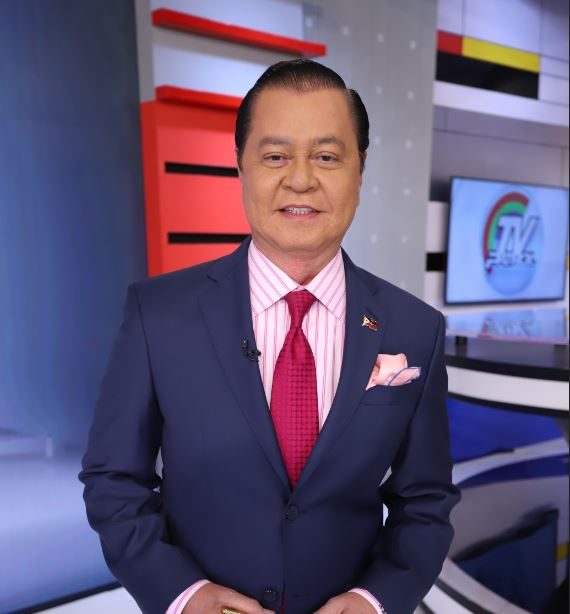 Veteran journalist and anchor Noli de Castro announced on Thursday, October 7, that he was again leaving his home network of several decades, ABS-CBN.

De Castro, 72, made the announcement on TeleRadyo ahead of his oath-taking as a member of Aksyon, presidential aspirant and Manila Mayor Isko Moreno’s party. He is set to formally join Aksyon Thursday morning.

While De Castro himself did not announce what post he is seeking in 2022, ABS-CBN said the broadcaster is eyeing the Senate in 2022.

(I will be exploring a new form of public service but my service will continue. This opportunity will be broader, if I’m given the chance and given your help.)

As he signed off, De Castro said he was “saddened” to be leaving an ABS-CBN that is still without a congressional franchise. “At sana’y dumating ang pagkakataon na lahat ho na matanggal sa ABS-CBN ay makabalik na,” he added.

(I hope the day will come for those who were retrenched to return.)

Hours later, on TV Patrol, De Castro announced that he was running for a Senate seat.

(After a long period of discerning and deep prayer, I have decided to run for senator. Because of this, I need to leave TV Patrol and ABS-CBN)

In a statement, ABS-CBN said they “[respected De Castro’s] personal decision and [wished] him well.” The network also thanked De Castro for the “solid foundation” he, along with ABS-CBN’s journalists, had built through the years.

This isn’t the first time De Castro had bid goodbye to ABS-CBN, which he had been a part of since the 1980s.

In 2001, De Castro left ABS-CBN to seek a Senate post. At the time of his resignation, De Castro was vice president of ABS-CBN’s radio station DZMM, he headed its flagship news program TV Patrol’s production team, and was anchor of several news shows, including TV Patrol and Kabayan.

De Castro topped the Senate race that year, running as an independent allied with the Pwersa ng Masa of former president Joseph Estrada.

Halfway through his first Senate term, De Castro was elected vice president. While he was Gloria Macapagal-Arroyo’s vice president, he headed the Housing and Urban Development Council.

The anchor and TV personality was a top contender for the presidency in early surveys ahead of the 2010 presidential elections – but political ambitions were shelved after then-senator Benigno Aquino III, the son of democracy icons Ninoy and Cory, announced that he would be running for president.

In 2010, after his term as vice president expired, De Castro returned to his “first and one true love,” broadcasting. He anchored a two-hour morning show, Kabayan: Kapangyarihan ng Mamamayan, Balita at Talakayan, that aired over DZMM. He later returned to host news shows on ABS-CBN, and eventually returned to TV Patrol as one of three main anchors.

De Castro was among TV Patrol’s anchors on May 5, during ABS-CBN’s emotional sign off after the House, dominated by allies of President Rodrigo Duterte, denied the media giant a new franchise. Duterte himself had openly threatened ABS-CBN – the threats continued even after the country’s biggest broadcast network lost its franchise to air on free TV.

De Castro’s daughter, one-time TV reporter Kat de Castro, was appointed by Duterte as a member of the Board of Directors of the government-run People’s Television Network (PTV-4). She was previously president and CEO of Intercontinental Broadcasting Corporation, and an undersecretary of the tourism department, also under the Duterte administration. – Rappler.com