NORMAN MARQUEZ. Norman Marquez secures a temporary restraining order from the Supreme Court after the Comelec declared him a nuisance candidate for the Senate.

Facebook Twitter Copy URL
Copied
Animal welfare advocate Norman Marquez is known for taking the Comelec to the Supreme Court in 2019 after the poll body blocked his senatorial bid. He won.

MANILA, Philippines – The Supreme Court issued a temporary restraining order against the Commission on Elections (Comelec) over its decision to declare senatorial aspirant Norman Marquez a nuisance candidate for the 2022 polls.

Marquez, who describes himself as an advocate for animal welfare, filed his certificate of candidacy (COC) for the May 9, 2022 vote back in October 2021.

“Respondent Comelec is hereby required to comment on the petition within a non-extendible period of 10 days from notice thereof,” the Supreme Court said in its TRO issued on Wednesday, January 19.

The Comelec is finalizing the ballot face and could print the ballots as early as Thursday, spokesman James Jimenez said, so it is unclear whether Marquez’s dash to the Supreme Court could still result in his inclusion in the senatorial race.

We have asked Jimenez about the implications of the TRO, but he has yet to issue a response.

Marquez was most notable for taking the Comelec to the Supreme Court in 2019 after the poll body blocked his senatorial bid.

The Comelec, before the May 2019 polls, declared Marquez a nuisance candidate, saying he was “virtually unknown to the entire country” and had “absent clear proof of financial capability.”

But the Supreme Court found the Comelec “committed grave abuse of discretion” when it nullified Marquez’ candidacy on the ground that he could not prove he had the financial capacity to mount a national campaign.

“A candidate’s financial capacity to sustain the rigors of waging a nationwide campaign does not necessarily equate to a bona fide intention to run for public office,” the Supreme Court said in the ruling dated September 3, 2019.

During the COC filing in October 2021, Marquez said he wants to represent animal owners in the upper chamber.

“Our battlecry is, animal welfare is human welfare,” he had said. – Rappler.com 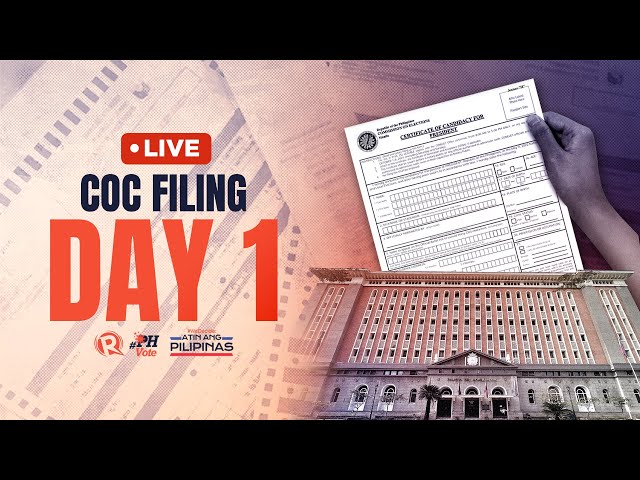