MANILA, Philippines – Why does contractualization work in other countries and not in the Philippines?

Senatorial candidate Susan Ople was asked this question on Friday, April 22, during the last leg of Rappler’s senatorial debates held at the FEU Institute of Technology in Manila.

For the former labor undersecretary, it has to do with the quality of life in other countries.

“In more progressive countries, salaries are sufficient, and even if you have contracts, you can plan ahead because you can set aside money [you can use] until you get a new contract,” Ople explained.

She said in other countries, the contracts are skills-based, but in the Philippines, workers end up with “disposable jobs,” where “kahit sinong ilagay, wala nang pakialam (they don't care who's hired).

“You have to look into the quality of life. [Here, we have to deal with] high cost of Internet and energy. Everything is high, and then your salary is low, then contractualization exacerbates all of that, because you don’t even have a way to save, because you only have a job that’s good for 5 months," she said in a mix of English and Filipino.

Meanwhile, longtime labor lawyer Allan Montaño, who is also eyeing a Senate seat, said he is for the abolition of regional wage boards that set different minimum wage rates across different regions.

For him, the existence of regional wage rates is no longer relevant, and a single national minimum wage should be put in place instead. – Rappler.com

Jee is part of Rappler's Central Desk, handling most of the world, science, and environment stories on the site. She enjoys listening to podcasts and K-pop, watching Asian dramas, and running long distances. She hopes to visit Israel someday to retrace the steps of her Savior. 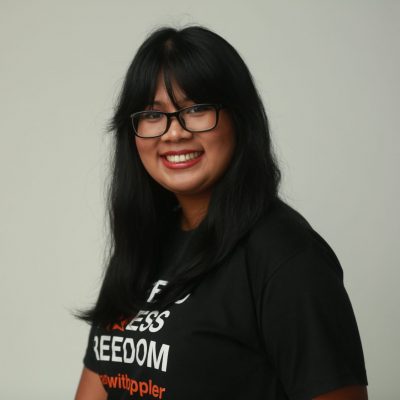