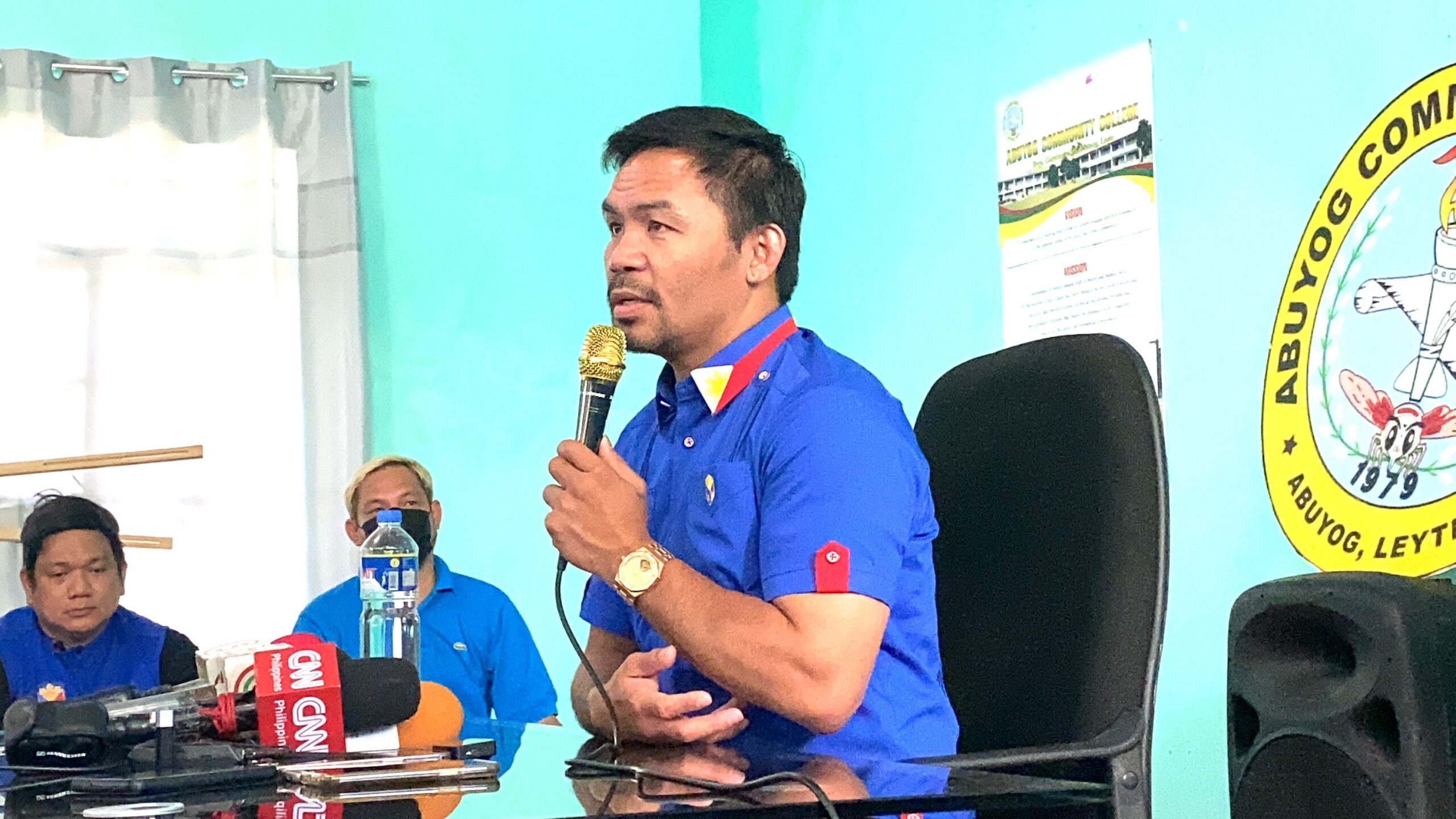 Facebook Twitter Copy URL
Copied
Based on the crowds who went to his rallies in Ilocos Norte and Leyte, Senator Manny Pacquiao says people in these known Marcos bailiwicks are 'open-minded' when it comes to choosing their leader

LEYTE, Philippines – Presidential bet Manny Pacquiao openly challenged the political base of the Marcos family, as he visited Leyte in Eastern Visayas – the home province of the Romualdez clan – a week after his Ilocos Norte sortie.

Speaking to reporters in Abuyog, Leyte, on Thursday, April 28, Pacquiao said that he went to Marcos bailiwicks to see for himself if these areas are truly solid in supporting his rival presidential candidate.

(If we don’t go there, they will think. ‘Ah, that is their bailiwick. They are solid for him because that is their hometown.’ That’s why I went so we can if it they’re really solid in supporting him.) 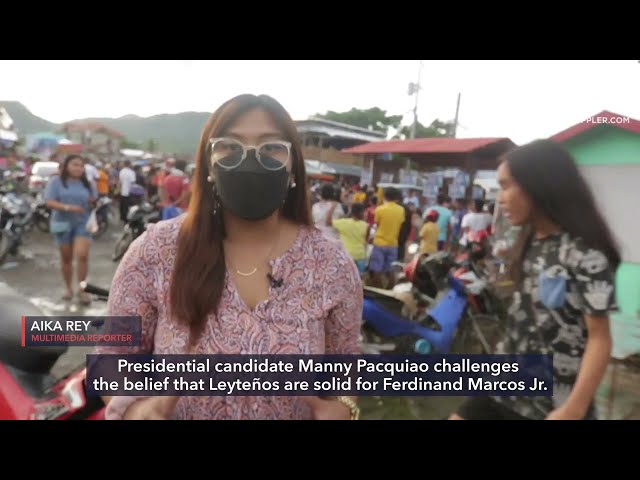 Based on the crowds who went to his rallies in these areas, Pacquiao said that people in the Marcos bailiwicks are “open-minded” when it comes to choosing their leader.

(What I saw is that people are really open-minded, they are really looking for a leader who can lead them and give them a better future, provide them with opportunities and help them when the time comes.)

Pacquiao’s statement on Thursday was his latest tirade against the “Solid North” narrative.

In Tacloban City, organizers estimated that as many as 30,000 people went to his sortie on Wednesday, April 27, disproving the notion of what he called “solid BBM.” Leyte is the home province of former first lady Imelda Romualdez Marcos, the mother of presidential candidate Ferdinand Marcos Jr.

In Ilocos Norte, the police estimated that 1,500 went to Pacquaio’s San Nicolas sortie.

“Pinuntahan ko doon at maraming tao nagpupunta. At saka ito naman halalan. Ang taumbayan ang pipili (I went there and a lot people came. And this is the elections. It is the people who will choose),” he said.

“Hindi naman tayo nagtawag. Hindi tayo naghakot (We didn’t ask people to go. We did not pay them to attend),” he said.

Asked why Pacquiao did not meet with the Romualdezes, he only said that he was merely following his schedule. Since the start of the campaign, Pacquiao often paid courtesy calls to local officials of the areas that he visits.

(I only followed the schedule. I said, the local government, regardless of political color, I said, ‘Let’s pay a courtesy call. Just to show respect. We need to do a courtesy call. If we can’t, then let ‘s not push it.) – Rappler.com